Sir C.C. and friends loaded up eight City of Cleveland vans to deliver gift bags to families in need around the community. 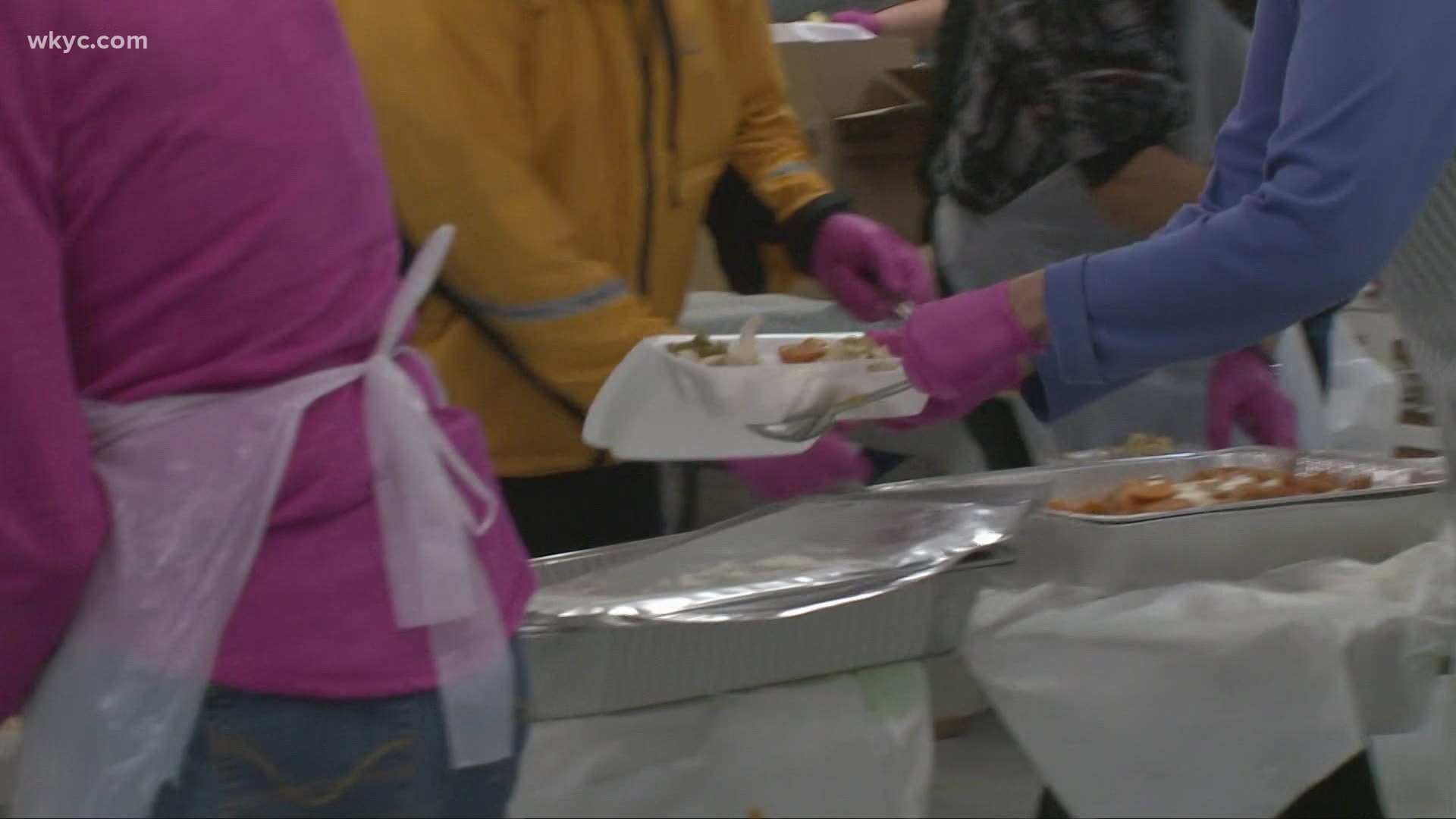 CLEVELAND — Editor's note: the video in the player is from a story published on November 26, 2020.

The Cleveland Cavaliers have tipped off their annual Season of Giving in a big way.

According to a video released on social media Thursday, the team prepared gift bags containing Cavs swag and $50 Giant Eagle gift cards for families in need in the local community, in an effort to brighten their Thanksgiving.

"One of the things that my wife and I and our family takes pride in is trying to help the younger generation take steps forward," said Cavs head coach J.B. Bickerstaff.

The team has long been associated with programs to benefits local individuals in need.

"And I think the work that you guys are doing in very difficult times - there's so much that are being taken away from kids right now - but you guys are actually giving them an opportunity to do some things, and have some sense of normalcy. So I think that should be a credit to you guys and on our part there's a ton of respect for the job that you guys do. Just wanted to say thank you," Bickerstaff said of the recreation center directors and the important role they play for the city's youth throughout the year.

RELATED: Holiday Help: Ideas for how to safely volunteer during this holiday season

Happy Thanksgiving! Earlier this week we tipped off our Season of Giving by safely providing 200 bags and @GiantEagle gift cards to local families in need: https://t.co/948fQMYxsd pic.twitter.com/ZXkw1bMpbt