John Krebel was about to be buried without Mass or military honors. A local funeral home director and members of the community made sure that didn't happen. 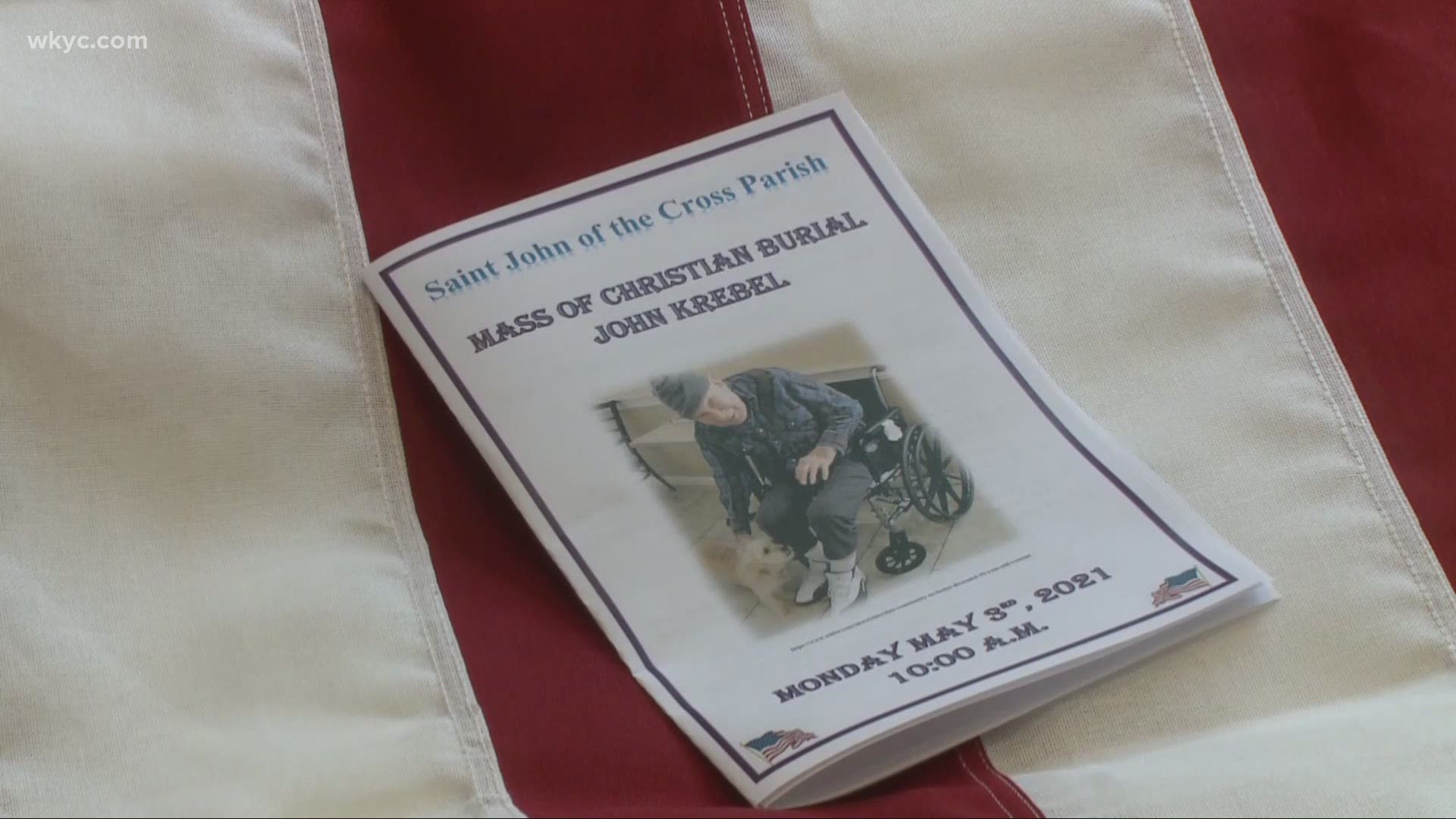 EUCLID, Ohio — John Krebel was a 90-year-old veteran with no surviving relatives.

He passed away last week and was going to be buried without mass or military honors.

That's when the DeJohn Funeral Home stepped in.

John Krebel had prearranged funerals for him and his sisters through DeJohn. He and his sisters lived together and had never married or had kids. So when his sisters died, he had no living family members left.

"He had a court-appointed guardian assigned to him because he has no family," explained owner Ross DeJohn III. "The guardian suggested that we just take him to the cemetery and bury him. That just didn't sit right with me."

Krebel had also requested a Mass and purchased a burial plot at All Souls Cemetery in Chardon. DeJohn reached out to his church, St. John of the Cross in Euclid, and asked if a Mass could be held there.

Thanks to social media, at least 100 people showed up to support John at Monday's funeral. There were first responders present, including police officers from Euclid and Richmond Heights. Active-duty military personnel and members of veterans groups were also on hand to salute Krebel.

The nursing home where he lived accepted John's folding flag.