Battling cancer, Dan Hoag was unable to decorate his yard this year for first time in 30 years. 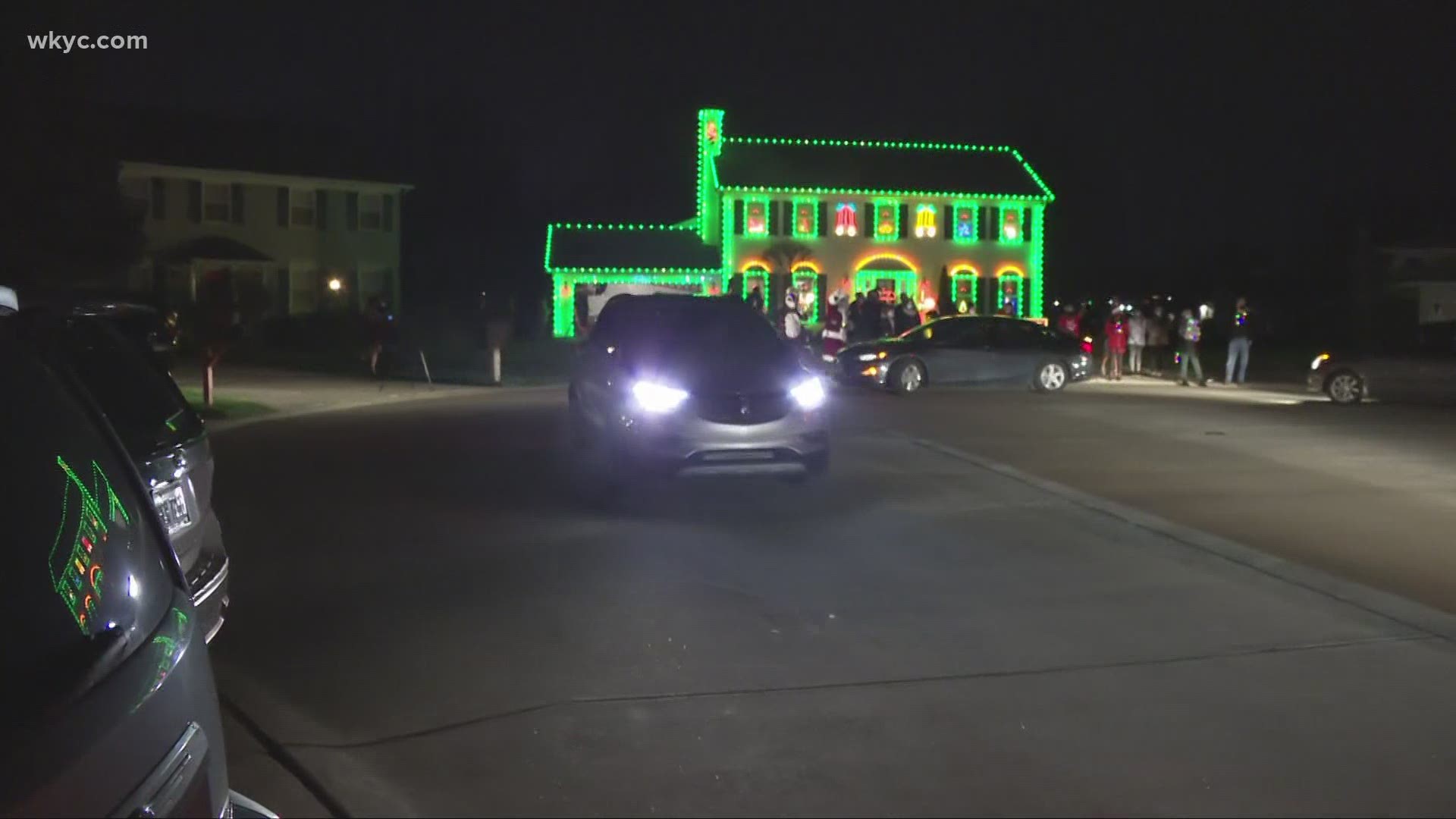 STRONGSVILLE, Ohio — Neighbors and complete strangers brought lights and some Christmas spirit to the Strongsville home of Dan Hoag, the man behind the popular Crown Point Parkway/Chandler Commons Festival of Lights, which draws people from all over Northeast Ohio each year.

Hoag told 3News earlier this week that he was going dark this year over concerns about the pandemic -- and because he is battling cancer, which has left him too weak to set up the display, which typically features more than 60,000 lights and large decorations.

“Quite honestly, I feel somewhat empty,” Hoag told 3News Friday night during a call on the Zoom app from his kitchen, surrounded by family. “My life has been around Christmas for 30 years. And like I just told my daughter-in-law; we should have been out there selling hot cocoa at 5:30 pm. And normally Santa is there at six o’clock. We do that Friday, Saturday and Sunday. You kind of just get an internal clock. You don't have to look at the date. You know what you have to do and when you're going to do it - it kind of leaves a big hole there.”

ALSO: Epic Christmas display in Strongsville canceled for 2020 amid COVID-19 concerns; community to drive by on Friday to say thanks

“I was really touched and taken back that so many people would take so much effort and time to put something like this together for us,” he said.

Though he can’t show off his lights this year, Hoag is continuing another part of his tradition: Collecting donations for people battling cancer and other illnesses. He and his neighbors have been doing it for years as part of the light display, the result of people making generous donations to support his lighting display.

Last year, some of the money they raised went to the family of a three-year-old boy with Leukemia.

The neighborhood set up a GoFundMe page this year to benefit a five-month-old in need of a liver transplant as well as a young mom who just had twins.

You can watch the parade of cars honoring Dan Hoag in the player below: