Carson Thatcher got some really bad news on his 10th birthday, but his condition is inspiring him to give back to others. 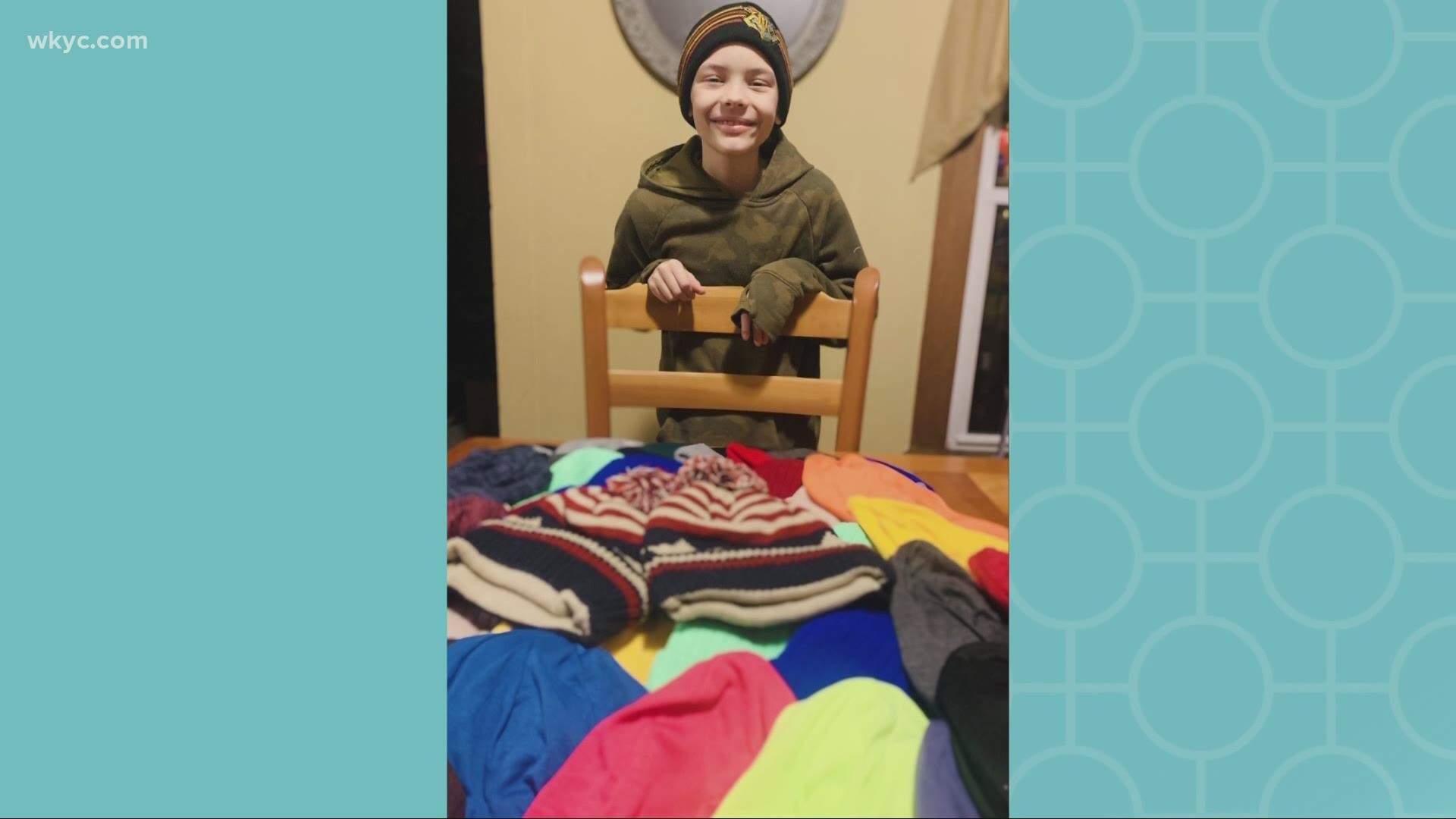 Then, in May, he started to get sick.

"What we were thinking was acid reflux was kind of, like, flaring up, and we took him to the doctor a couple of times," Melissa Hendershot said of her son. "He was started on some acid reflux medications and would go really, really good. And then all of a sudden, he would start getting sick again in the mornings, and we were like, 'Well, this is really odd.'"

It was out of nowhere, and getting worse. Headaches and dizziness forced a trip to Akron Children's Hospital

"They did a CT scan and the doctor was like, 'Something's not right," Melissa remembered.

On Carson's 10th birthday, the worst was confirmed: A brain tumor.

"They're like, 'Yeah, we're pretty sure that this is medulloblastoma,'" Melissa said.

Stage 4 cancer. A gut punch no mother should ever endure.

"I remember when they told me, I'm pretty sure I just dropped to my knees in the ER room," Melissa remembered. "I can remember repeatedly saying, 'What's wrong with my baby?'"

Then, something remarkable. While going through chemo and radiation, Carson had an idea: Helping other kids just like him.

"He was like, 'You know, all these people send me things, and I want to do something for somebody else,' Melissa said. "And at 10 years old, for you to think of something like that, it just blows me away."

Carson came up with "Hats of Hope." He collects warm and inspiring hats for young cancer warriors.

Carson gets local donations and also an Amazon wishlist. Then, his family drops them off at Akron Children's.

"He's so excited when there's a new package that comes to the house or we get a new email from a company that says, 'Hey, I heard about your story,'" Melissa said.

His story went somewhere else, too. We told the Indians about Carson's love for the team. Pitcher Nick Wittgren stepped up immediately and sent Carson a video.

We surprised on a Zoom call. Here's what Nick said:

"Hey Carson, Nick Wittgren, here, a pitcher for the Tribe. Man, I just want to say, I heard about your story and everything that you're doing down at the Akron Children's Hospital with your Hats of Hope. You're an inspiration to us all, man. Seriously, we are all there with you. We're supporting you. I would love it, if we're allowed any fans at the games this year, that my family and I can host you and your family for a game. We'd love it. If you guys could come on over and, you know, see the game, hang out beforehand and stuff. Dude, just, you're an inspiration. Just know that all of us, all of the Tribe, are with you. All right, have a good one, man. Go Tribe!"

Carson's reaction? Priceless, because his mom says the whole family loves the Tribe.

Melissa hopes by next year, Carson will being playball himself. Also, good news: Carson shows no signs of a reoccurring tumor on his scans. He has more treatment, but his family is optimistic about his future, plus so very grateful for all the love they've received.

"It's unbelievable the outpouring of support that we've had, and we just can't thank everybody enough," Melissa said.

Do you want to help Carson's Hats of Hope initiative? Click HERE.