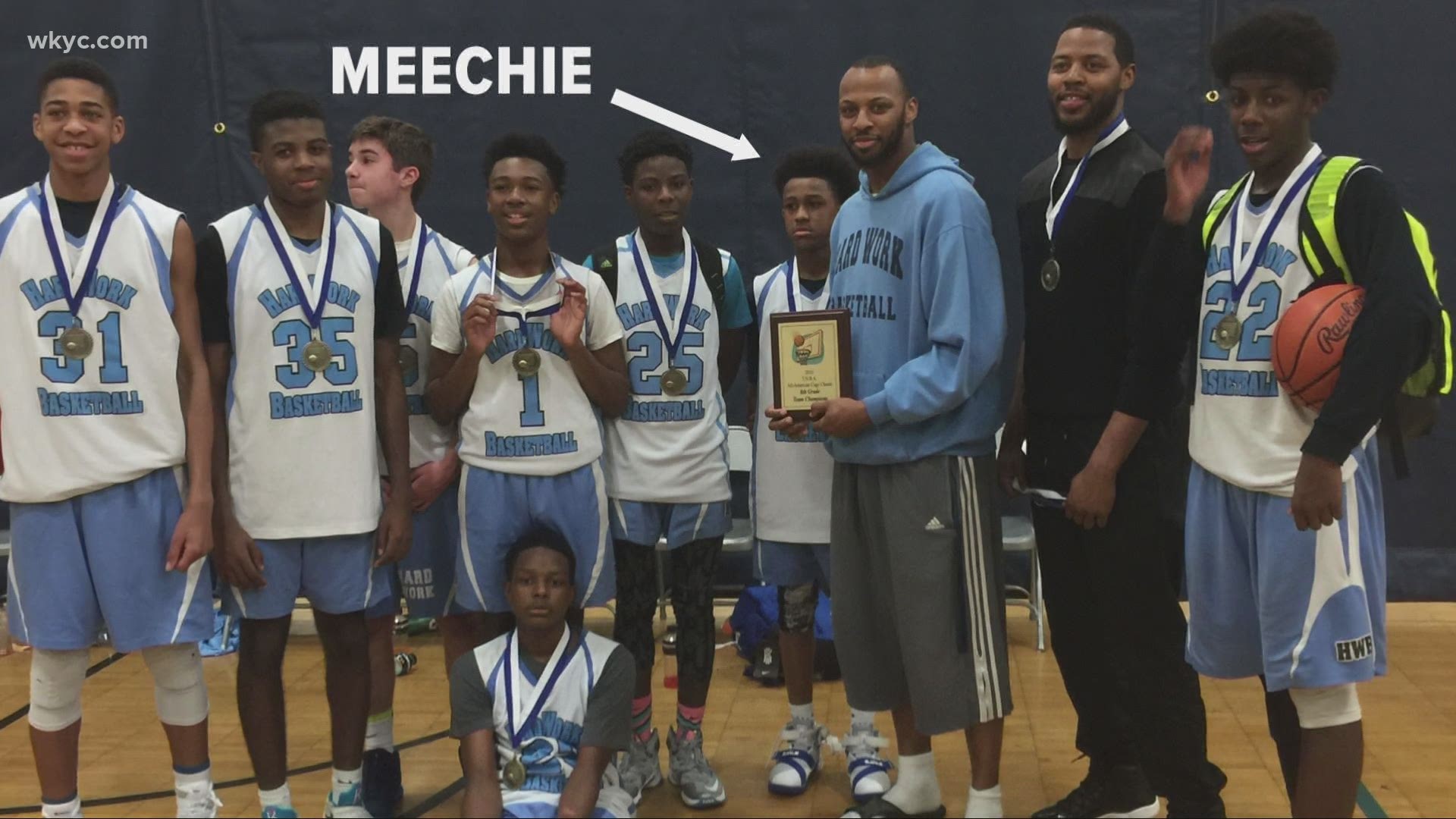 Sonny Johnson was a Division One player at The Ohio State University and was named Ohio's Mr. Basketball in 1998. He is now the head basketball coach at Garfield Heights High School, where his brother Demetrius Johnson Sr. is assistant coach.

"I mean basketball, it runs in the family," Demetrius said.

His own son Meechie was also a stand-out high school player, with hoop dreams of playing Division 1 ball in college. Until he thought he might never play again.

"When I was a sophomore in high school, it was around the playoffs, and everything was going well," Meechie recalled. "I think I had over 30 points. I just planted my knee wrong."

With one wrong move, Meechie tore both his ACL and his meniscus.

"I actually tried to come back and finish that game, but I couldn't," he remembered.

At the time, the injury was a devastating one for this athlete on the rise.

"A lot of players, you know, they don't come back from ACL injury," Meechie said.

And on top of his own injury, Meechie learned his grandfather was battling cancer.

Credit: The Johnson family
Meechie Johnson Junior with his grandparents.

"He's taking chemo every day and fighting for his life," Meechie recalled. "[I thought], wow, like I gotta fight. If he fights for his life like this, I can definitely go harder."

Meechie faced sixteen months on the bench, watching his beloved game go on without him. But he says, through it all, he knew it could come back even stronger.

And that's exactly what he did.

"You know, I've seen players come back better. And when I tell you that my son just attacked a rehab like he did on the court, it motivated me to, you know, just like push him, like to really zone in and say, 'you can do it,'" said Demetrius.

And Meechie didn't just come back better, he returned to the game the best he has ever been.

Colleges noticed Meechie's hard work paying off, including Ohio State. Soon, Meechie's dreams were coming true; but, there were some strings attached.

OSU wanted Meechie to join the team sooner rather than later, forcing him to choose between playing his senior year, with lifelong friends and teammates, or graduating early to move to Columbus to begin his college career.

He ultimately decided to take the leap, and Meechie says it's paid off.

"Some days I just ride past the gym and I just look at it and be like, 'wow, like I play here.' Thousands of people come here to see me play, see my team play."

He's got someone else watching him play too: LeBron James, who once played alongside his dad.

"He showed up to a couple of my games in high school, and always showed love and support at Cavs games and stuff like that...he just is a great man-- man, on and off the court. He's a great dude," Meechie said of LeBron.

And today, Meechie says, it's the challenges in his journey that have helped him reach his dreams.

"I just want people to just to keep going.  And you know, like I said, attack everything that comes your way because it's easy to give up. I just try to inspire people the best way I can."