Sarah's coach was stabbed 14 times, now he's paying it forward by helping the woman who saw him during his darkest times. 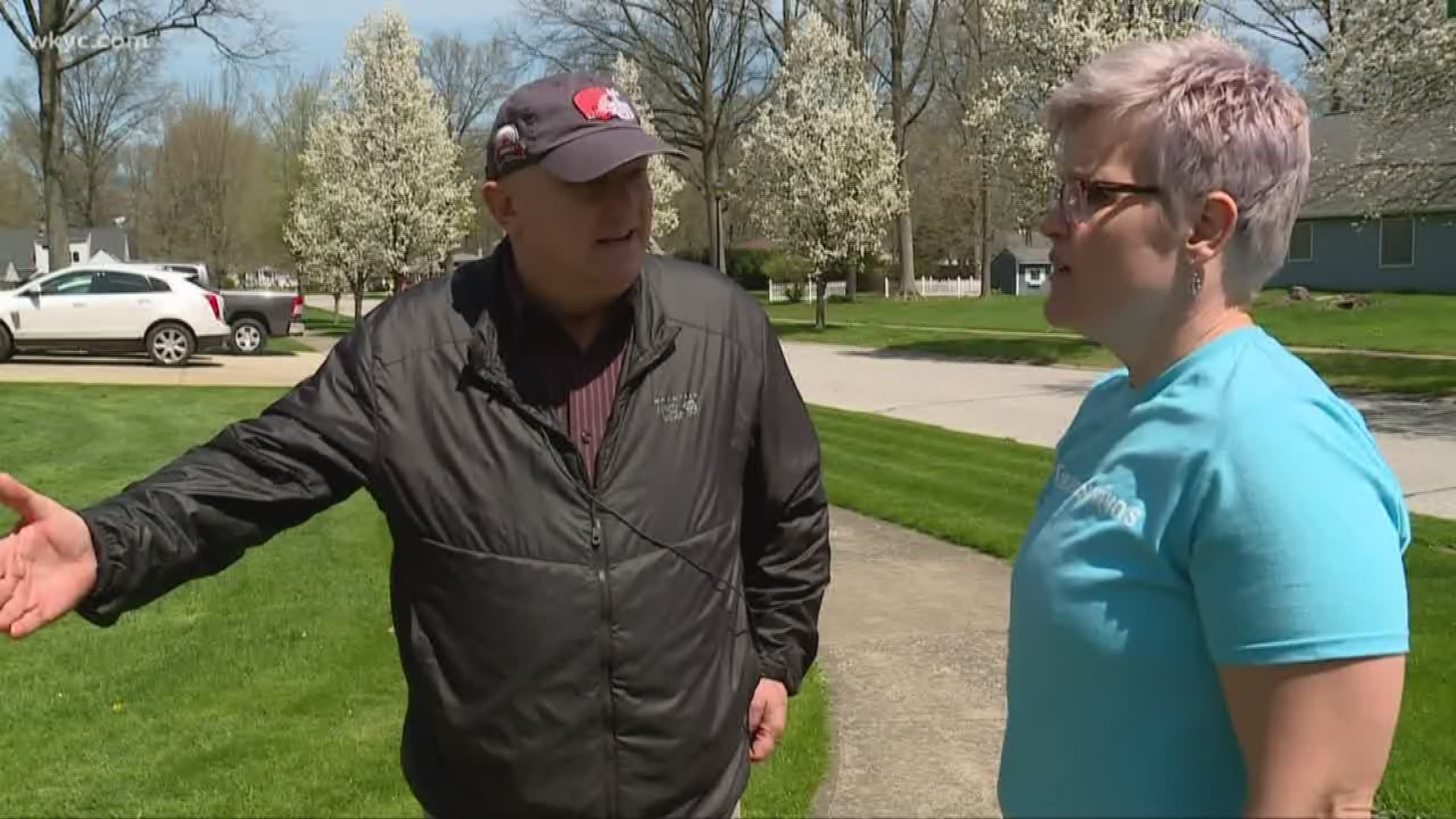 CLEVELAND — When Sarah Hendrickson decided to change her life and get healthy, she never imagined the people who inspire her daily would help her reach the finish line.

If anyone understands the concept of life being a marathon and not a sprint, it’s Kim Jaworski. In August of 2014, the former runner and his wife, Carol, survived a horrific attack by their son. Robert, suffered from Schizoaffective Disorder, a mental illness that often causes hallucinations. He believed the voices in his head that told him his parents were trying to hurt him, and the Chinese Government told him to kill them.

So on the evening of a Browns’ preseason game, when his parents invited him to watch the game, Robert took a kitchen knife and stabbed them both fourteen times.

Robert had been in and out of mental healthcare facilities, but kept getting released. Ironically, the act of violence put him into a facility where he is now receiving the help he needs. He had been found not guilty by reason of insanity during the court trial.

Carol was able to leave the hospital after nearly two weeks, but Kim’s injuries were far greater. He says he died and was revived three times before he reached MetroHealth Medical Center. Doctors didn’t give him much chance of survival either.

Kim spent 49 days in the hospital. When he awoke, his first concern was for his son.

“We still love him as a person, we just don’t love his disease,” Kim said.

Kim and Carol visit Robert nearly six days a week. Once medicated and thinking clearly, he was mortified at what he’d done. His parents were able to forgive him.

While Kim was in the hospital he was visited by Sarah Hendrickson, the Director of MetroHealth’s Trauma Institute and Recovery Center.  A program that helps survivors find hope, usually from other survivors who speak to them from a place of deeper understanding.  Kim was visited by one of the volunteers, and when he was able, asked Sarah to train him to become one too.

“They look at somebody and they don’t see somebody broken, they see all the ways they’re going to get better,” Sarah said.

Surrounded by these incredible people, Sarah couldn’t help but be inspired.

Each June, Metro holds the Resiliency Run. Last year, Sarah, who usually coordinates the race, decided to jump in and try to run it. That’s when she knew she had to change her life.

“I have two small children and I wanted to get healthy and stay healthy for them,” she said.

So Kim suggested she start running and he would be there to help.

“He has pushed me further than I ever thought I’d be, I’m running now, I can do it, I’m down fifty pounds,” Sarah said.

On Sunday she’ll run the Rite Aid Cleveland Half Marathon. Kim may not be on the course, but he’ll be with her.

“You get out there and it starts to hurt and you think he’s been through worse, and you keep going,” Sarah said.

Kim may not be able to run anymore, but he still volunteers at the Marathon finish line. He and Carol will be there waiting for Sarah.

“The thought of Kim putting a medal around my neck, I’ll fight for that, I’ll push for that,” Sarah said.

Her husband and kids will be there too. She hopes they understand why she worked so hard to reach this milestone and know it was all for them.