Local man builds football field in his backyard to surprise grandson for his 5th birthday. 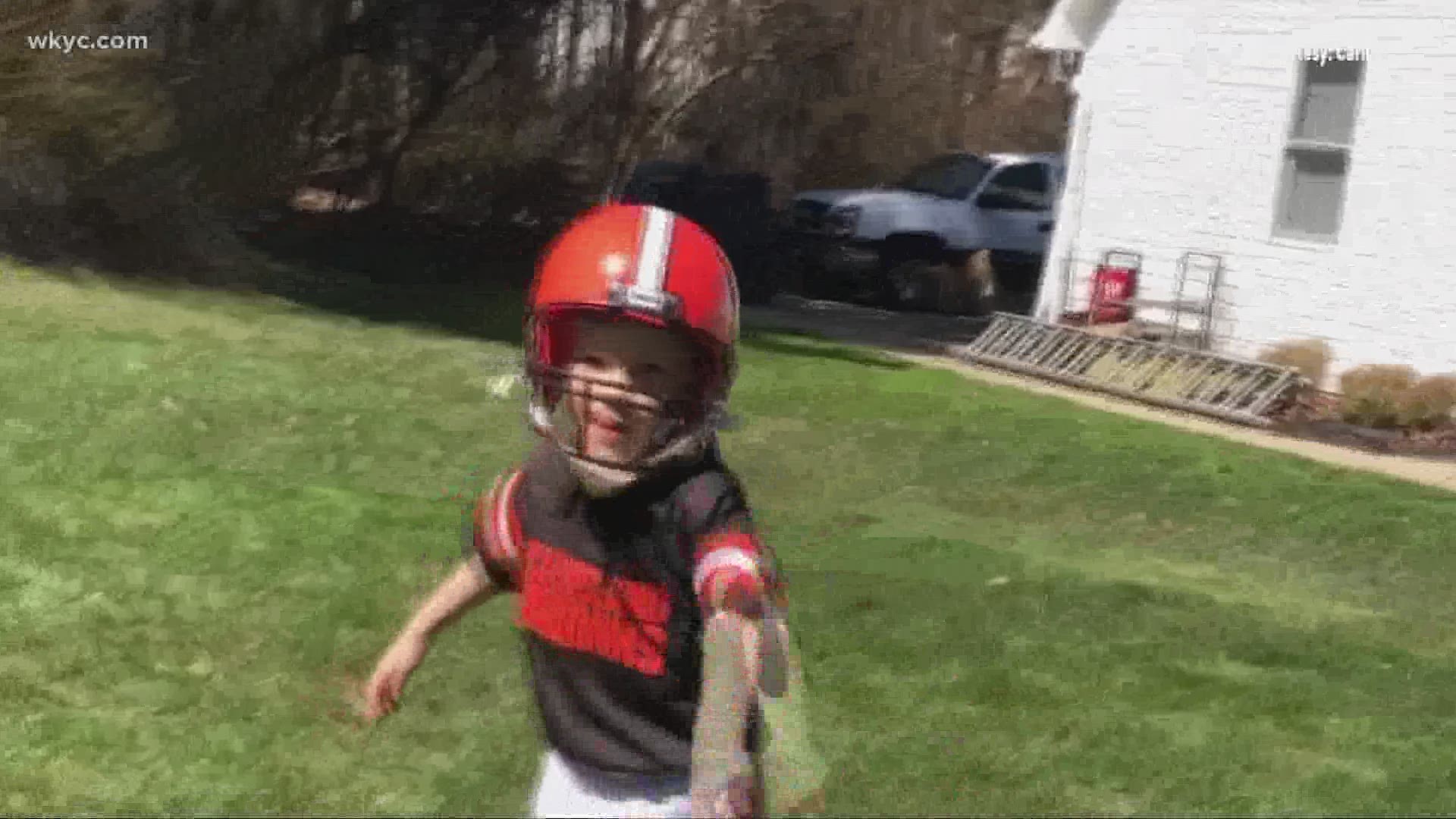 OHIO, USA — We’ve all seen the parades to commemorate a birthday under social distancing, but one local man decided that wasn’t enough. A local grandfather decided to get creative and went the extra yard for his grandson.

At a quick glance, Shawn’s backyard looks just like everyone else’s patch of grass. It’s big, yes, and takes awhile to mow.

“It takes about an hour and a half, it’s just under 3 acres,” says Shawn.

However, if you look closely and use a little imagination, you’ll see the possibilities that Shawn saw after he had a conversation with his grandson, Jackson.

“We were just talking one day and I said, ‘What do you want for your birthday?’ He said, ‘I want a football field,’” says Shawn.

Jackson’s 5th birthday was a few weeks ago and since he could no longer have the party he wanted under social distancing guidelines, Shawn decided he needed to do something special. He worked for weeks plotting and turning his backyard into Jackson’s perfect birthday present, a football field.

Shawn says, “Geez, he was stunned, I think, walking up to the field. He didn’t say a word. He had all of his gear with him and then it just broke loose.”

After getting the layout just right, Shawn bought a striping machine to paint lines and even made a stenciled logo for Jackson’s favorite teams, the Notre Dame Fighting Irish. Then to complete the field, Shawn used PVC piping to make a field goal post.

“PVC pipe, when in doubt,” says Shawn. “A little Duct Tape and PVC, we got it all together. It was one of the greatest days ever. It really way.”

It took some work and a little imagination, but imagination is what it takes to turn a patch of grass into a your grandson’s field of dreams.

“He was running around. We were able to practice safe distancing, because nobody could actually catch him,” says Shawn. “The smile on his face was just unbelievable.”