Man who had near fatal heart attack reunites with his rescuers

Brandan McClaine was playing baseball when something wasn't right. Thanks to his quick response, and three dedicated first responders, he survived. 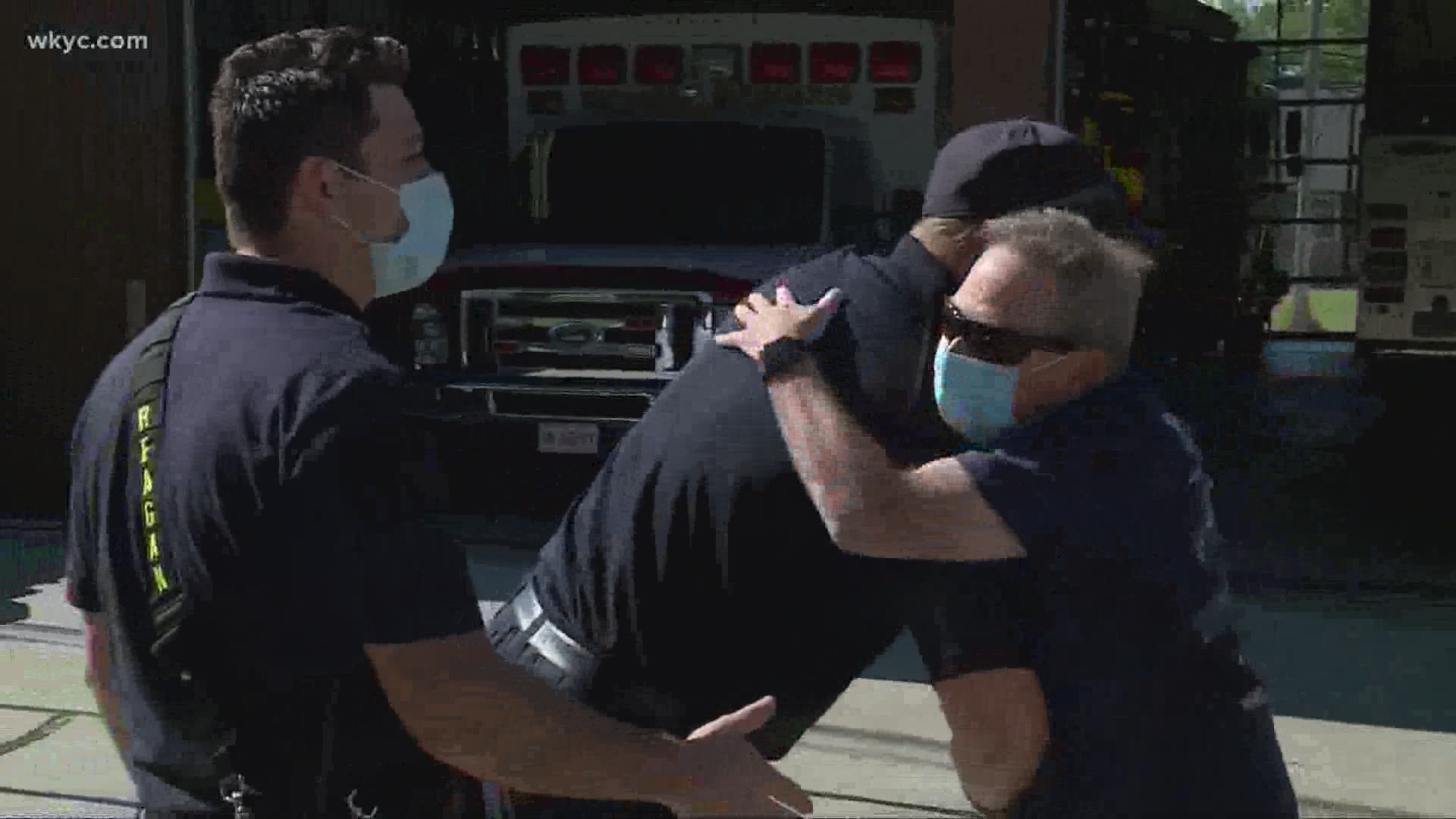 BROADVIEW HEIGHTS, Ohio — It was a hot day in mid-July, and 53-year-old Brandan McClaine was playing baseball for a men's league in Broadview Heights. Suddenly, he knew something wasn't right.

“And I was like, ‘Oh, let's take a break.’ And I started drinking water and I looked at (my friend) and I said, ‘I'm in trouble,'" Brandan said. “When you feel like someone's standing on your chest and it doesn't stop it, it wasn't going away.”

Brandan and his 16-year-old son, Jonah, made their way back to the car. On the way, a thought crossed his mind: “I thought I was going to die.”

Not wanting to scare him, Brandan sent Jonah home.

As his pain was intensifying, an ambulance showed up. In it, was three Broadview Heights firefighters and EMTs: Chase Reagan, Jason Martin and Brian Dunlap.

“Well, we knew we responding to a call for a male who has having chest pains. It's a common call. We get that often. But then when we saw Brandon, we saw the condition he was in, we were a little more rushed," Reagan said.

In the ambulance, Brandon was alert.

“Brandon was a good historian. So, he was able to tell us he had some prior blockage," Dunlap said.

Then, things took a turn ... Brandan got two shocks to his heart, and CPR, to bring him back.

“You just never know when something like that's going to happen. You just got to be prepared," Martin said.

Brandan's first responders say, if he had waited five minutes longer to call for help, the outcome would be much different.

“It’s early recognition of cardiac symptoms. And, then the fact that we were able to implement interventions quickly enough to bring him back is … key," Reagan said.

A team was waiting for him at MetroHealth Brecksville Health and Surgery Center. There, they discovered Brandan had 100 percent blockage in his left anterior descending artery; commonly known as the "widowmaker."

Lifeflight took him to MetroHealth Medical Center, where he had immediate surgery.

Just one week later, we reunited Brandan with the three men who helped save his life.

Brandan met Chase, Jason and Brian at the fire station. He gave them each books and gifts. They even shared a few laughs.

Then, Brandan said the most important thank you he'll ever say.

And then, this, about his rescuers:

“They’re my heroes. Heroes, of Broadview Heights. Thanks for everything you guys do. And keep up the good work, man. They ever need anything? I'm right down the street. I'd do anything for them.”

Brandan says he feels great these days. More surgery may be in his future. For now, he's soaking up being alive with his wife, Lora, daughter Mari, 13, and son Jonah.

Coming up on What’s Next: Brandan McClaine thought it was the end when a heart attack struck at the ball field. His quick response, and three dedicated first responders, saved his life. Tonight, we reunite them. Watch .@wkyc at 11 pic.twitter.com/4LvJ2chKiQ

RELATED: He survived a 'widowmaker' heart attack, & now wants to tell you something

RELATED: Not enough sleep? Too much? Both can lead to heart attack