The babies are ready to cheer on the Kansas City Chiefs and the San Francisco 49ers. 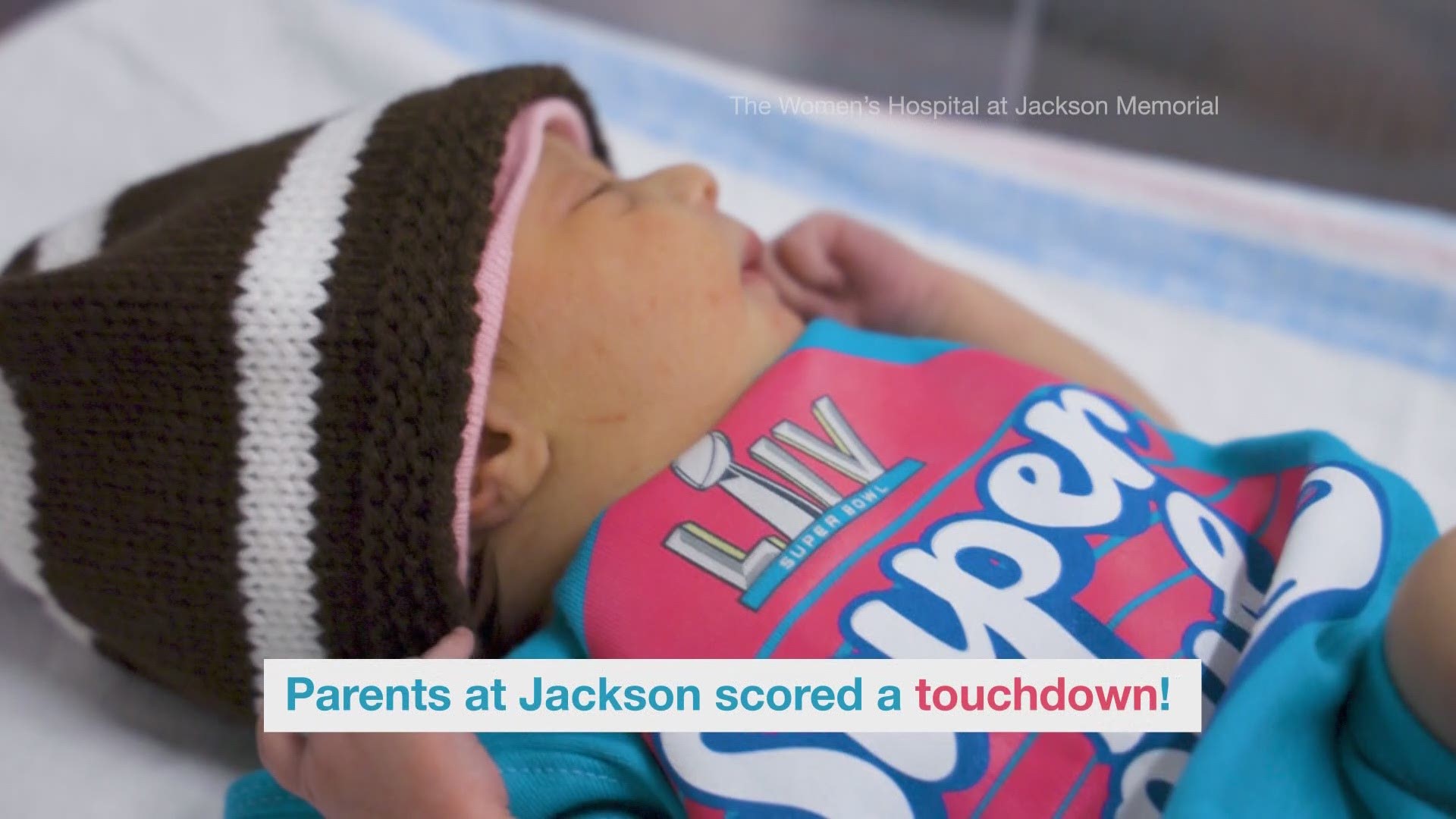 MIAMI, Fla — Babies born at Miami hospitals ahead of Super Bowl LIV are suiting up for the big game.

Jackson Health System dressed up the newborns, brought into the world just ahead of the big game, in referee and Super Bowl rookie onesies. Plus, adorable crochet hats that look like footballs.

The onesies were donated by the Miami Super Bowl Host Committee.

“These cute hall-of-famers are lined up while the adorable referees make sure the game is played fairly while cooing with excitement for #SuperBowlLIV,” the health system said in a Facebook post.

10News' Ryan Bass and Justin Granit are at Super Bowl LIV as we count down to the big game heading to Tampa Bay.

You can listen and subscribe to their Tampa Bay 55 podcast here.