Monica describes her journey from surgery to her triumphant return to 3News and to the stage to perform her music. 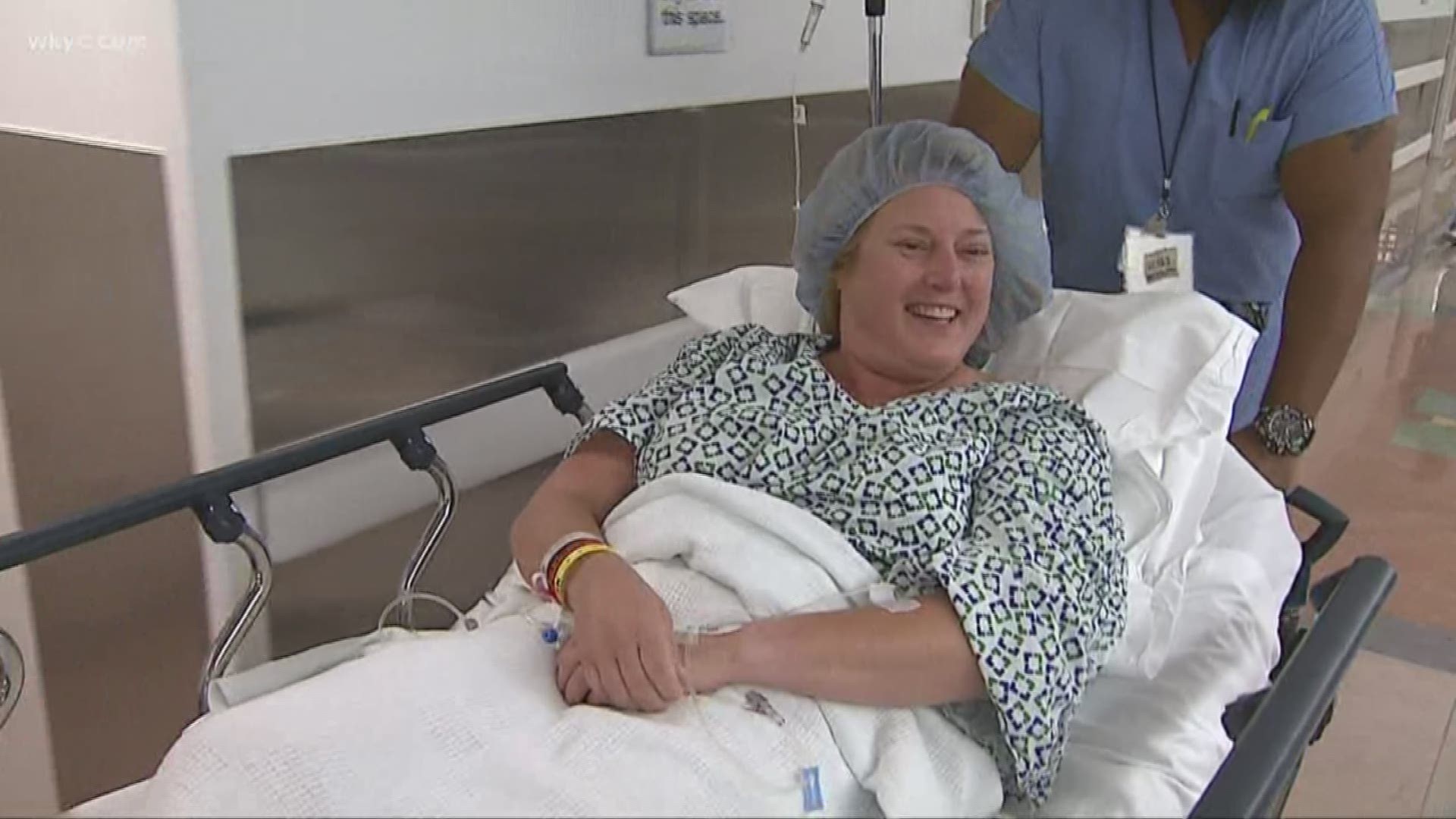 As you know, our 3News Senior Health Correspondent is back at work just three months after undergoing surgery to remove a brain tumor.

Monica is sharing her road to recovery. It's a journey that includes finding a new normal, as well as finding her way back to the stage, where our #MonicaRocks again.

As she looks back on her journey, Monica remembered what it was like in the operating room just prior to the surgery. "I was having fun with the staff in the operating room. It was funny, they were giggling in the operating room right before I'm about to have brain surgery and it was clear I've 'been here, done that' before. Not on me, but on other people. For me, it was odd how calm I was because it was a familiar surrounding."

She went through more than nine hours of surgery to remove the brain tumor. The surgery is considered a success, even though doctors weren't able to remove every bit of what they believe is a benign brain tumor.

"Basically a quarter of my skull had significant nerve damage and I'm still dealing with that," Monica reports. In fact, three months after the surgery, Monica says there is still some nerve damage on the roof of her mouth. It led her to wonder if she could get back on stage and perform her music again. "I was terrified," she says. "Am I ever going to be able to sing again? And if so, when?"

The answer was last Friday as she and the Ninja Cowboys prepared to play at a bar in Kamm's Corner.

But in the moments leading up to her return to stage, there were a few moments of fear.

The answer, of course, is YES.

As far as how she's holding up, in true Monica form, she remains a rock of strength. "There's no crying in baseball and there's no crying in news. When I was telling people, I didn't cry about this. I mean I had my moments but they were private, I didn't cry in front of anybody about this and it was very difficult for me when people cried to me about it. The way I dealt with it was I got mad, and I often said I'm training for an MMA fight. I knew it was gonna kick my butt and believe me, it did."

RELATED: 'Every day is still an adventure': 3News' Monica Robins back on-air after brain surgery recovery