Oh baby! What an entrance for pandemic baby born during Northeast Ohio snowstorm!

Meet the little pandemic baby, who decided to come into the world, during the season's first snowstorm in Northeast Ohio. 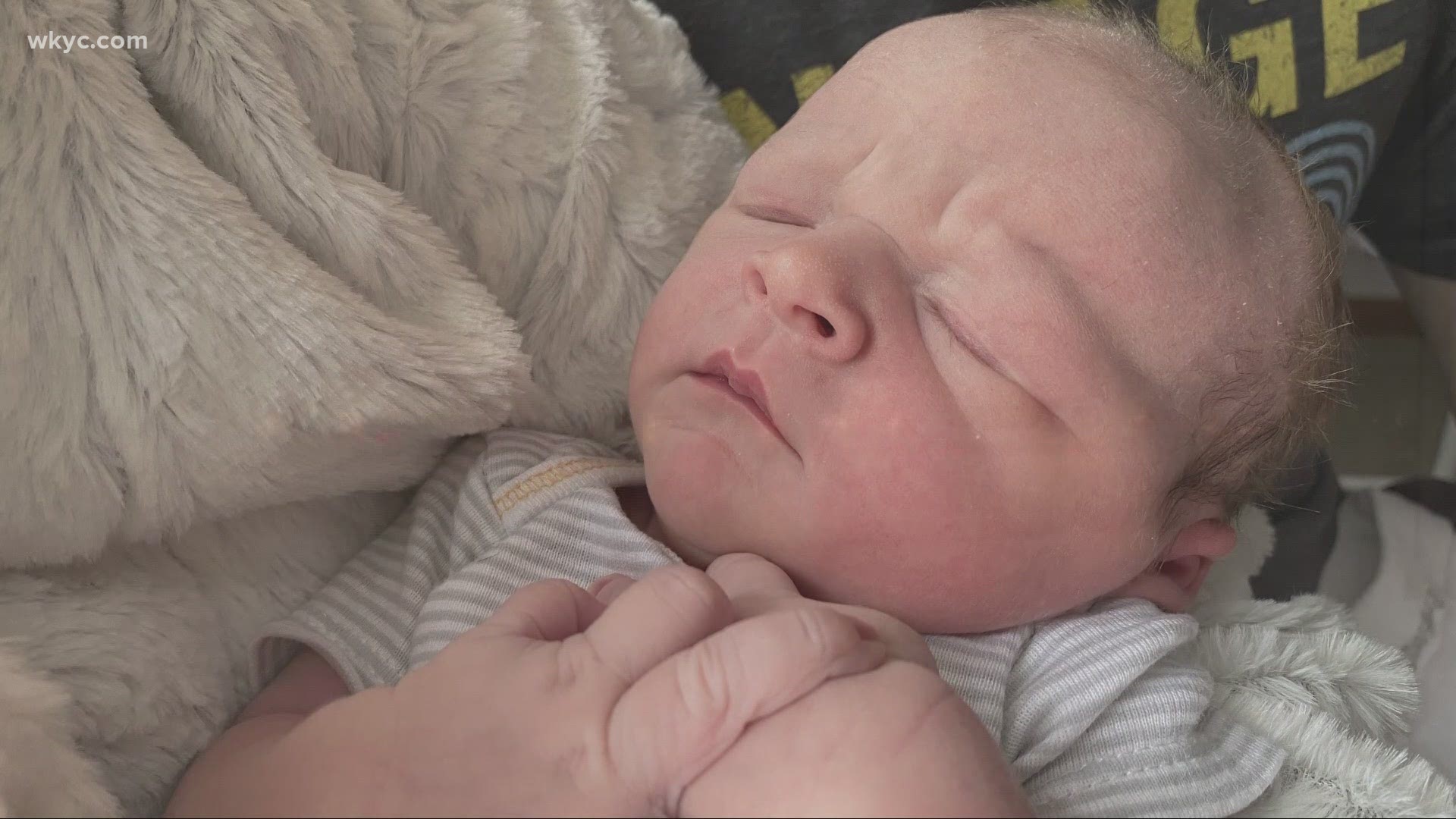 CLEVELAND — Tiffany and Galen Mahon weren’t ‘trying’ to get pregnant last winter. But they weren’t “not trying” either.

“We were ready to consider having another, “said Tiffany who found out she was expecting baby #2 not long into quarantine.  The couple, who are Ohio natives, were living in Hawaii at time.

“My husband was in the military, so we did a lot of moving, and then we were in Hawaii. Most recently, we just moved back September 5th,” said Tiffany.

Among their first tasks, finding a midwife.  A home birth is the way they welcomed first child Elias into the world, and they wanted to repeat the experience with their second.

Credit: The Mahon Family
Galen and Tiffany are Ohio natives, but moved around for Galen's career with the military. The moved from Hawaii back to Ohio in September, and began looking for a midwife.

We reached out to Tiffany and Galen for a story about ‘first’ pandemic baby. After all, a slew of scientists and economists had predicted, with so much economic uncertainty, rather than a baby boom, 2020 would be a baby bust.

Not the case in the Mahon house.  And while the overall numbers of babies being born may dip this year, calls to midwives have not.

“It’s impacted my world a lot and I have been catching a lot more babies since the pandemic started, “said Julia Meyer, a midwife and owner of Cleveland Homebirth. Meyer’s business has increased by half and she says her peers in the practice report the same.

Reasons for why those calls are increasing varies. Meyer says the one she hears most often is COVID restrictions on the delivery floor.

“Those limitations on the number of people in the labor and deliver room, and in the hospital for that matter, is probably the biggest deciding factor for a lot of families,” said Meyer.

“Yes, the anxiety of ‘Okay, if we do have to go to the hospital, who can be there? Can he come with me? Or can he not even be in prenatal care?’ The rules were changing all the time,” said Tiffany Mahon.

It’s the one thing the Mahon’s wanted to control, when so much connected to birth, is not in their control – including birth date.

Baby number two due closer to Thanksgiving, stretched past the turkey and decided to enter in grand fashion, during the first snowstorm of the season.

“It’s the first snow of the season, at 5:02 a.m. Tiffany is in labor and we are on our way to help her deliver her baby,” said Meyer as she and Sarah Jo Wright, a maternal birth practitioner made their way to Tiffany and Galen’s.

Normally a 25-minute drive, it took Meyer 45 minutes to make it there as she followed behind snow plows out on the road.

When she arrived, Tiffany was ready to push.  The baby arrived just 35 minutes later.

The Galens are now proud parents to a baby girl, weighing 8 pounds, and measuring 20 inches long. As healthy as can be. Mom, Dad and big brother Elias are all doing well.

“We thought we had more time than we did, but she came a lot faster than we thought she would,” said Galen.

“Everything was perfect, Tiffany listened to her body and she brought her baby down perfectly and she did amazing,” said Meyer.

Already pegged as “feisty” little Mabel Paige Mahon will forever be known as the pandemic baby, who arrived during a Midwest snowstorm. 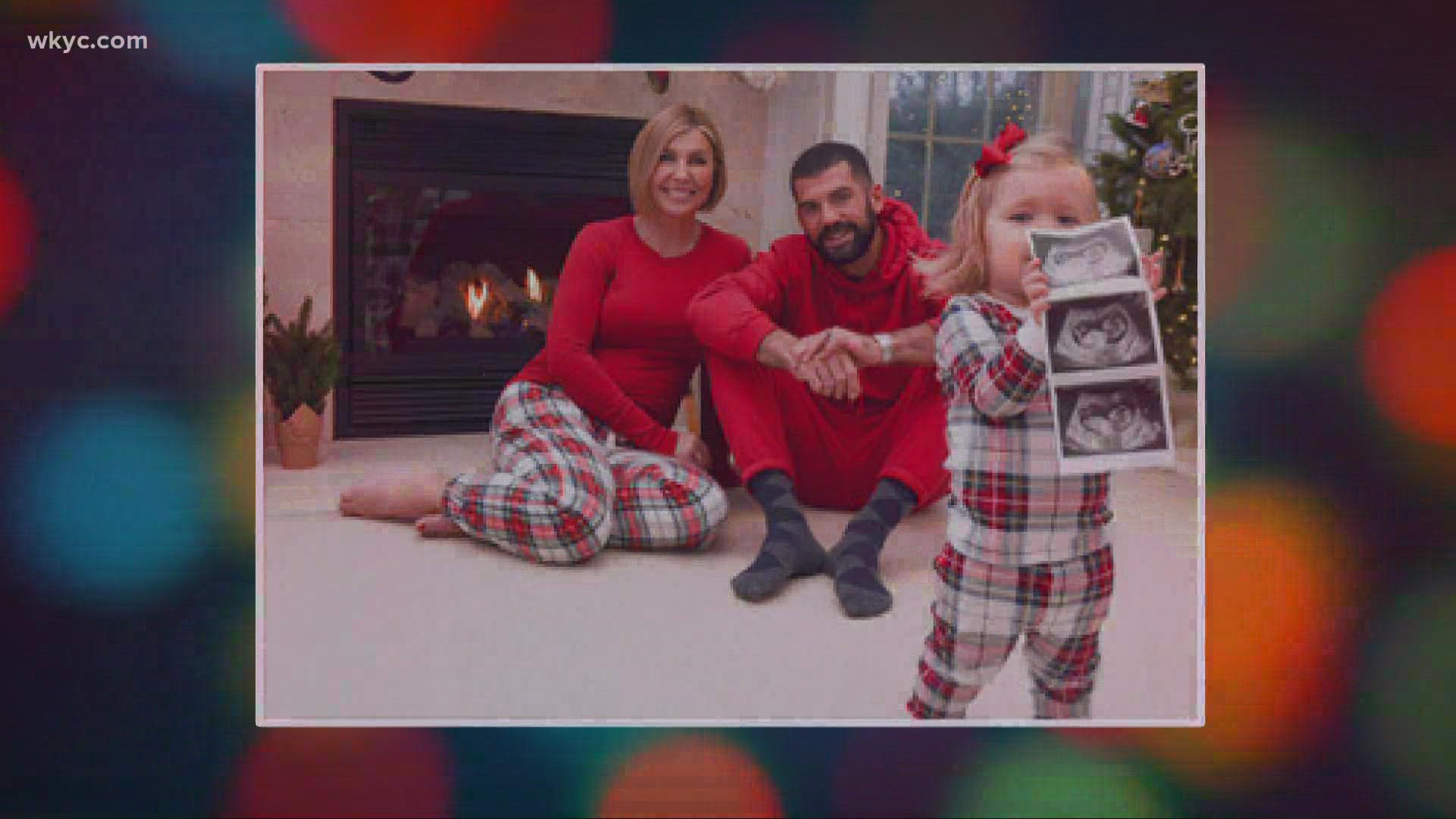