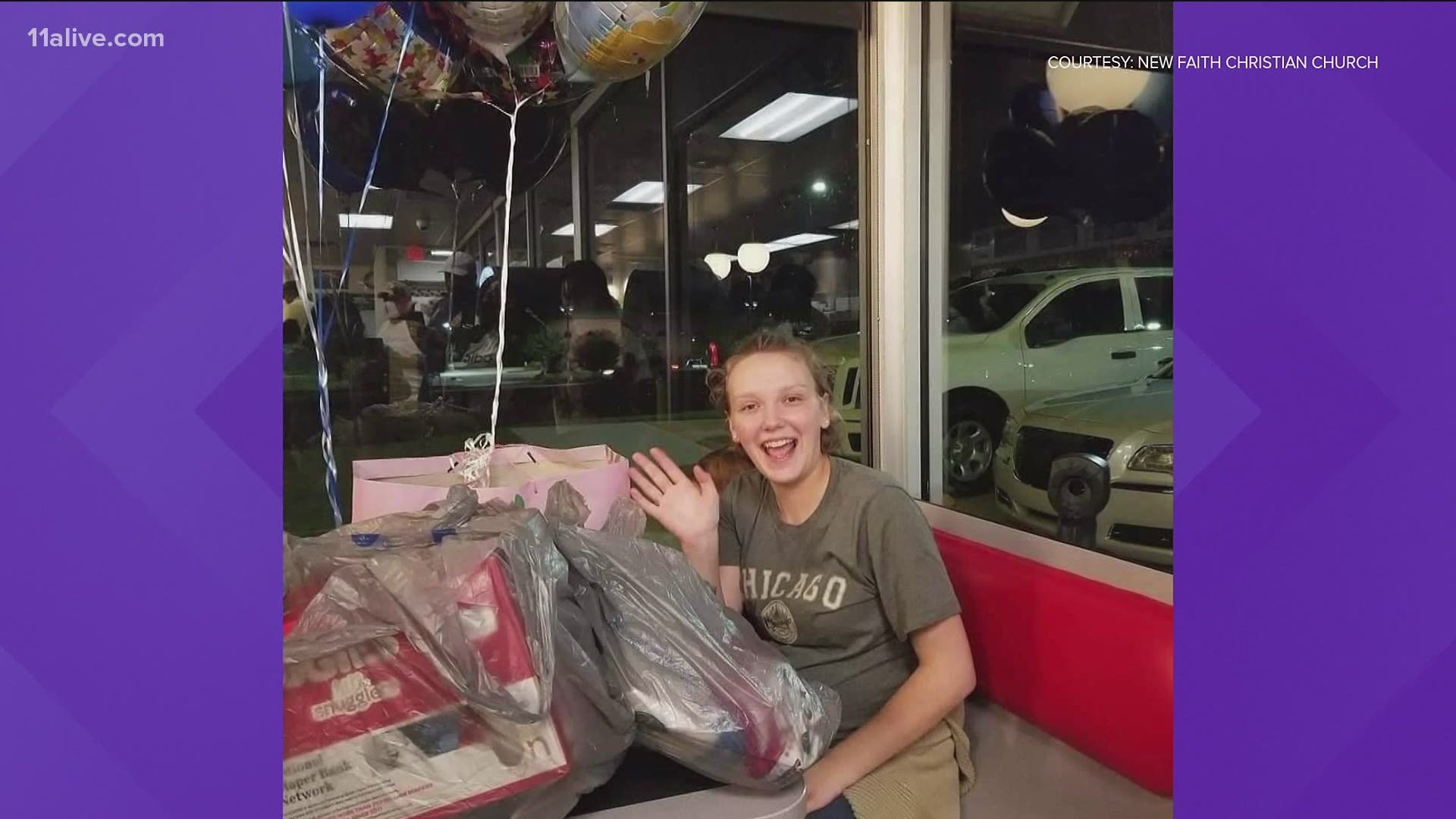 STOCKBRIDGE, Ga. — A pastor's $40 tip, a brief conversation and a moment of inspiration led to more than $12,000 for a Stockbridge Waffle House waitress who's expecting her second child.

The remarkable flood of goodwill for Hannah Hill poured in after Bishop Eusebio Phelps, the pastor at New Faith Christian Church, went in to pick up an all-star special with bacon.

"She was so nice over the telephone, and when I got there I paid for my food and I told her to keep the change," Phelps said. "And then when I looked at her, I asked if she was pregnant - she said yes so at that time I was just really urged to give her the rest of the money that I had in my wallet, which was around $40. And so I gave her the $40 and I told her that I just wanted to be able to bless her so she could buy something for the baby."

Things might have ended there, were it not for a chance connection that both said they felt was a sign from above.

Phelps said he asked her how far along she was, and she told him eight and a half months and then mentioned the baby boy's name: Samuel.

"Well we lost our son Samuel seven year ago in Atlanta," he said. "It's coming up on the anniversary. I went home, I told my wife what happened... my wife and I were talking, I was like, 'listen I wanna raise a thousand dollars to give to Hannah so she can buy whatever she needs for the baby.'"

Phelps made a Facebook post telling everyone about the story, and then went to bed. When he woke up, he had already surpassed his $1,000 goal.

The donations didn't stop, though. He made a plan to surprise her with the money at the Waffle House that evening, and by the time he got there he'd brought in an astonishing $6,500.

Only problem? She wasn't there. It wasn't her night to work, and they'd miscommunicated about whether she'd be there that night.

As Phelps held an audience on Facebook Live for the would-be surprise, Hill was asleep in a car.

A community outreach effort began at that point to get a hold of her - her own phone was off, but her roommate's was on, and eventually they were able to reach the roommate who woke her up and turned the car around.

She said she had 500 messages from people trying to get a hold of her. They were about 40 minutes away.

Meanwhile, back at Waffle House, Phelps was still on Facebook Live. That's when somebody said "let's raise $10,000." 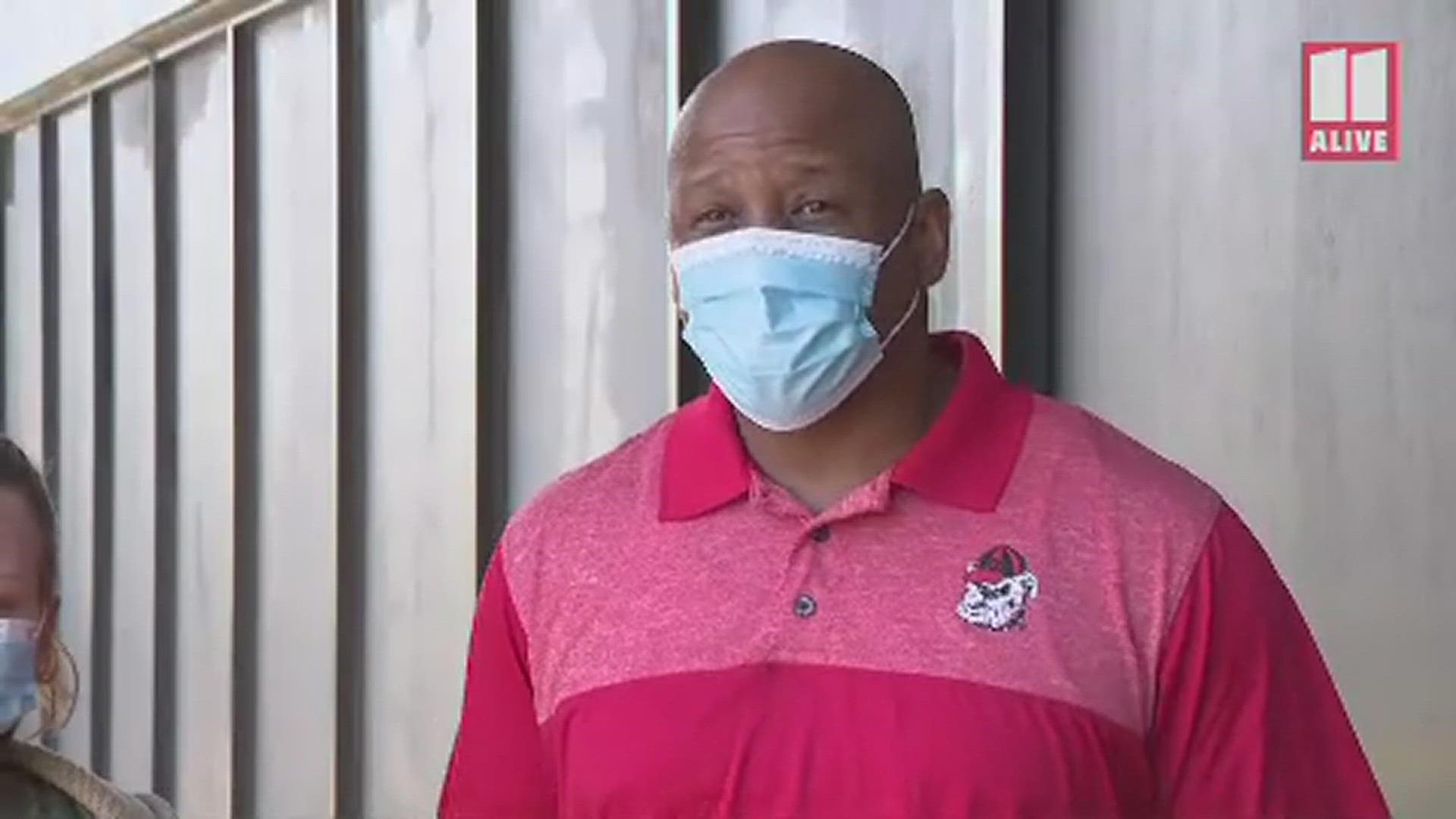 "So we threw a surprise baby shower at Waffle House," Phelps said. "It was just an epic moment."

Hill said it was life-changing. She said she'd been staying with her mom while trying to make ends meet as a young mom, apart from her child's father because they couldn't find a place to stay.

"I had a lot going on, and I don't really pray that often - I'm not necessarily that religious, I wasn't really raised in the church, don't go to church a lot, haven't cracked open a Bible in forever. But lately I have been praying," she said. "I've been really stressing lately... I've been worried about the baby getting here... I'm so grateful and that's all I can say. I'm so grateful and appreciative to everybody, God is good all the time."

"Makes me wanna get back in church," she added.

"You gotta show the love of God to people you come into contact with, and it was her kindness - she was so kind and so pleasant, she's just a real sweetheart," Phelps said. "And that touched my heart. And I feel like the Lord has really allowed our paths to cross."

The money, Hill said, would help her get a car and into a place with her child's father and their roommate. And the church is going to help her with child care for a year as well.

The amazing thing, she said, was she never told Phelps or anyone about her struggles. The support just flowed in anyway.

Phelps said if anyone wants to provide additional support, they can donate on Cashapp to the church account at $newfaithatl or on the New Faith Christian Church account on Giftify.