Officer Jonathan Ross helped deliver a baby boy this morning after being flagged down by the boy's father. 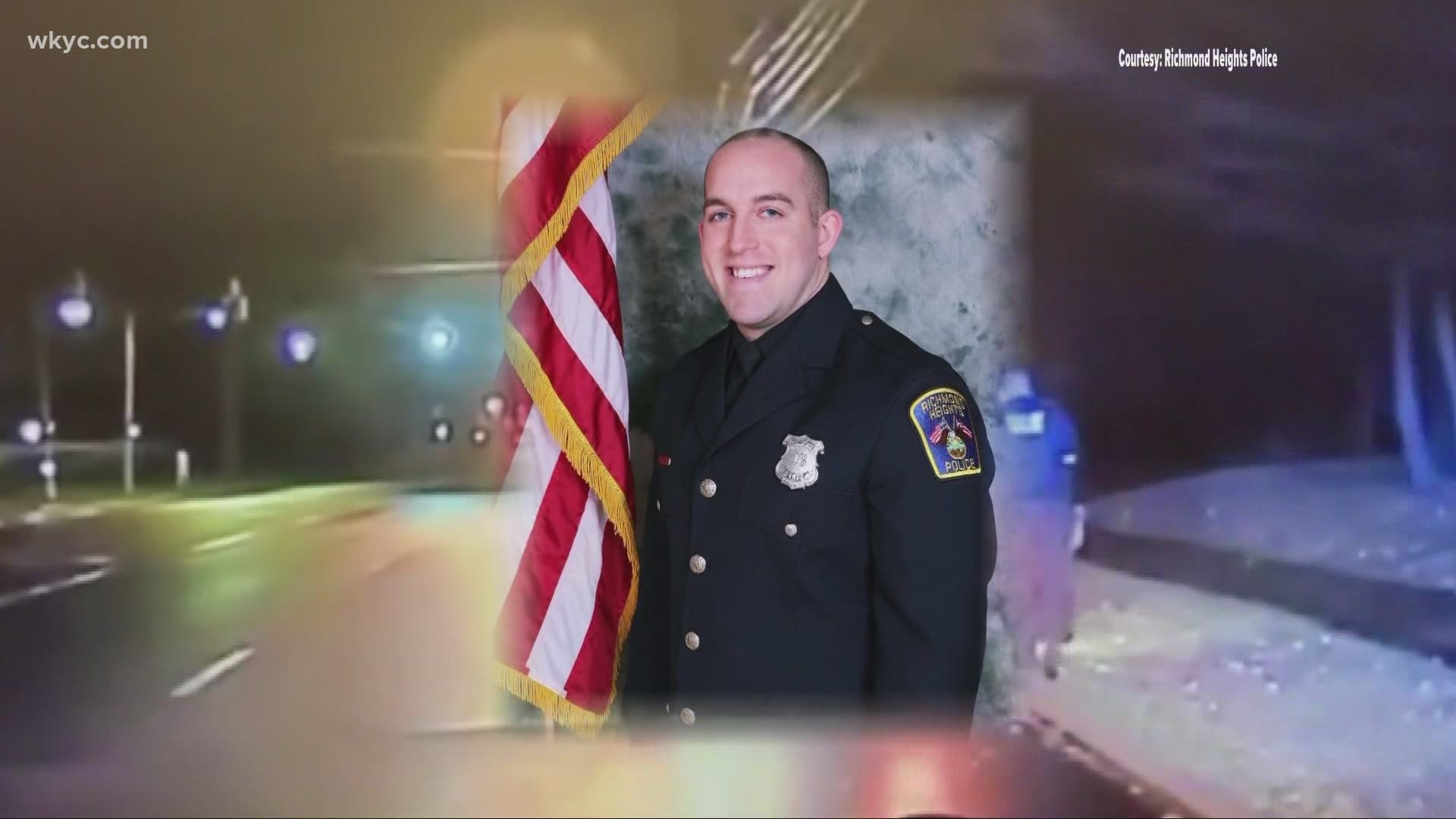 RICHMOND HEIGHTS, Ohio — A Richmond Heights police officer helped deliver a baby into the world while on duty.

"I was running radar, it was like 1:30 in the morning so there wasn’t much traffic," says Officer Jonathan Ross. "He gets out of the car and is just frantically waving his hands so I’m like, okay something’s up."

Officer Ross was doing radar readings on Wednesday morning, when he was flagged down by a dad-to-be, who said the mother was on the verge of giving birth. Officer Ross then helped the mother deliver the family's baby boy, while waiting for the Richmond Heights Fire Department paramedics.

Officer Ross hasn’t been trained to deliver a child and he’s never done this before, but that didn’t stop him from stepping up.

"I went and put some gloves on and went up to the car," recounts Ross. "The head was out and the arms were out already. The baby wasn’t crying or anything, the amniotic sac was still wrapped around and covering his head. I just removed the sac from over his head, turned him over on his stomach and was holding him and started patting his back. He started moving, he gave out a little bit of a cry, coughed a little bit, it was pretty amazing."

Officer ross stayed and help the new parents until paramedics came to assist and take the family to the hospital. He says he's not anticipating a middle name tribute or anything, he’s just happy he was able to help.

Ross says, "I just happened to be in the right place at the right time and that’s literally all it was because that baby was coming out whether I was there or not. I was just glad that I was there to help mom get through it. it’s definitely something new and something I never expected to do."