Show Us Something Good: St. Ignatius student raises nearly $40,000 for The Welsh Academy

The high-school senior combined his sneaker hobby with a passion for helping others, to raise jaw-dropping sum for Welsh Academy. 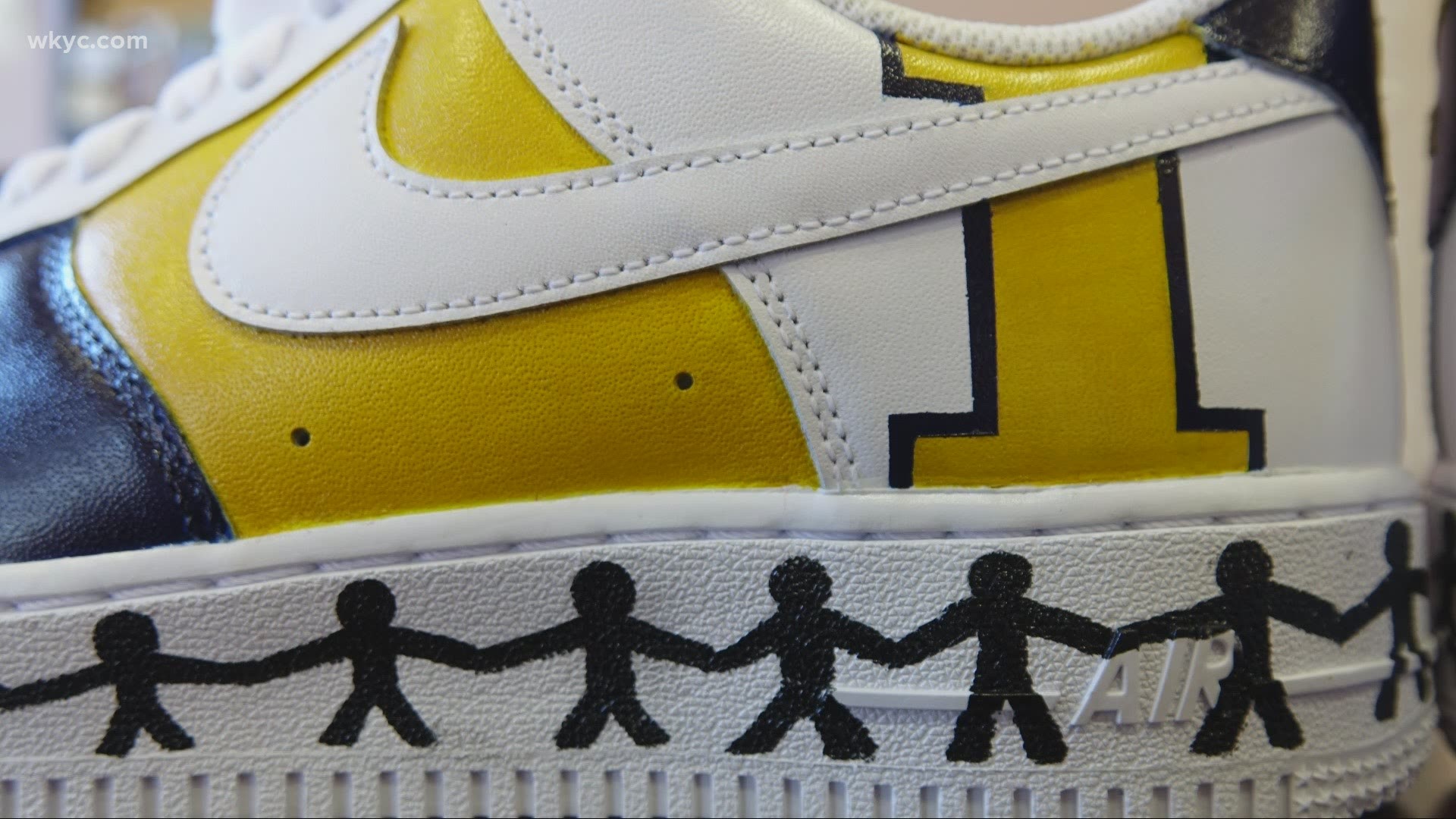 CLEVELAND — Tony Jenkins is like a lot of teens in that he has a fondness for sneakers, in fact, his closet proudly shows off the collection. He also likes to draw. Over the summer he combined the two interests into one and started creating custom-painted kicks after watching a few YouTube videos.

After some good reviews from family and friends, Jenkins had another idea. The Saint Ignatius Senior turned his new-found hobby into a philanthropic endeavor as a fundraising campaign for Welsh Academy.

The Welsh Academy is a Catholic all-boys school for grades 6 through 8. Opened in 2019 by Saint Ignatius, the school is open to boys from families of modest means.

Jenkins felt drawn to the mission of Welsh Academy, and also what he witnessed from social unrest during the spring, so he created a special custom sneaker, with themes of brotherhood and unity.

"It was over the summer when all three things happened to combine to create this end result. Finding my new passion for painting sneakers, becoming a mentor for Welsh Academy. And thirdly, it was the social justice issues that started to come up over the summer. I realized how blessed and fortunate I've been. I've had time to reflect on myself and who I am. I learned that these three things, would be perfect to tie all together. So I decided to hold this fundraiser to combine all three of these different aspects," Jenkins explained.

Jenkins put the fundraiser up for one day, hoping to raise about $5,000. He couldn't believe what happened next.

The money will got toward supplies and funding programs, such as Welsh Academy's Affinity program, which allows students to try new endeavors and find their passion.

As for Jenkins, he is thankful for the support and the opportunity to his talent, to make a difference.

"I was absolutely blown away by everyone's generosity. Once I saw this number and there's checks and money are still coming in, so it's just absolutely mind blowing and I'm so grateful for everyone's support. Everyone deserves an opportunity to thrive. I think that's kind of the big thing that I took away from this," Jenkins said.

While the raffle is over, you can still donate to Welsh Academy HERE.

RELATED: Show us something good today using Near Me on the WKYC app

RELATED: Gifts that give back: Geauga County woman's love for her niece inspires new business venture