They came from 22 different countries and left as Americans

A special day for almost 50 new U.S. citizens—the first in-person naturalization ceremony was held at the federal courthouse in Scranton since the pandemic. 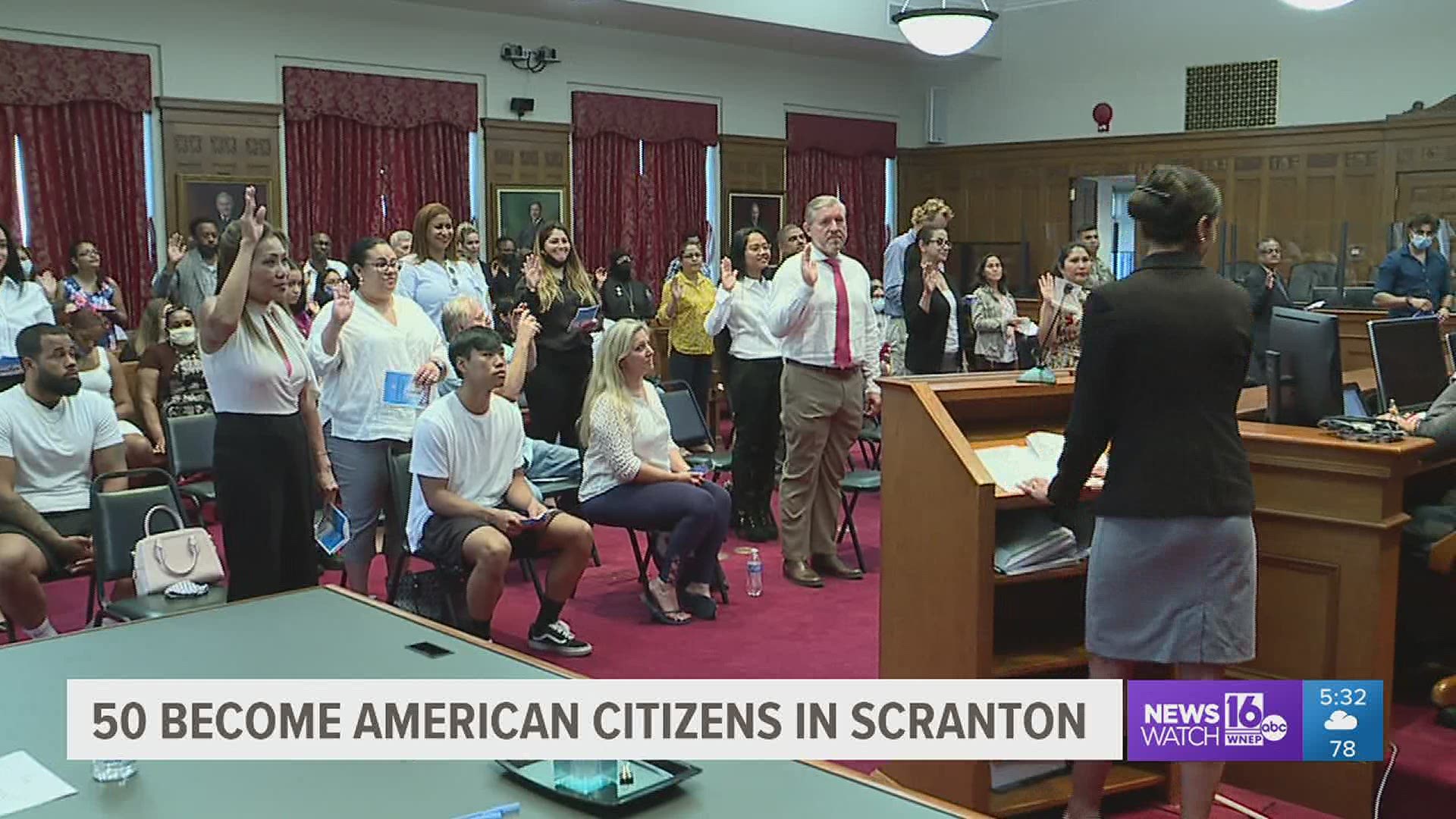 SCRANTON, Pa. — It was the first time Cesar Aciatico recited the Pledge of Allegiance as an American citizen.

"I never thought it was going to happen, but it happened," Aciatico said.

He was one of 44 people who walked into a courtroom in downtown Scranton as a citizen from one of 22 different countries, and left as an official United States citizen.

"Amazing, a dream come true. It's something that I think everybody that comes to this country wanted to achieve," said Gabi Baldez, who came to America from the Dominican Republic with her parents seven years ago.

"It's a beautiful country but it's so difficult for you to raise your kids and coming to America gives you a lot of opportunities."

Jorge Zamalloa didn't just choose to live in this country; he chose to serve it as well. He immigrated from Peru with his family when he was 13 years old. Once he started classes at East Stroudsburg University, he decided to join the National Guard.

"I just felt like I had to do something for the country, and one of my best ideas that I had was 'let me serve this country,' the country that I love, the country that has given me so much, so many opportunities in my life," Zamalloa said.

Hearing the judges describe the ideals on which this country was founded—life, liberty, and the pursuit of happiness—reminded Yendi Munoz why she decided to move here.

"It's true, it's the reality, you know? I come from Honduras, and unfortunately, we don't have that liberty, that freedom, that you feel that you're safe."

Making the day even more special, this was the first naturalization ceremony held in person in this courthouse since the pandemic began.

"It was very special, after a pandemic. And I thought I was going to be by myself, but they allowed my husband to be with me," Munoz said.

They entered with different stories, different backgrounds, and took different paths to get here, but they all left as Americans.