"I really thought we were going to have to bury my baby." 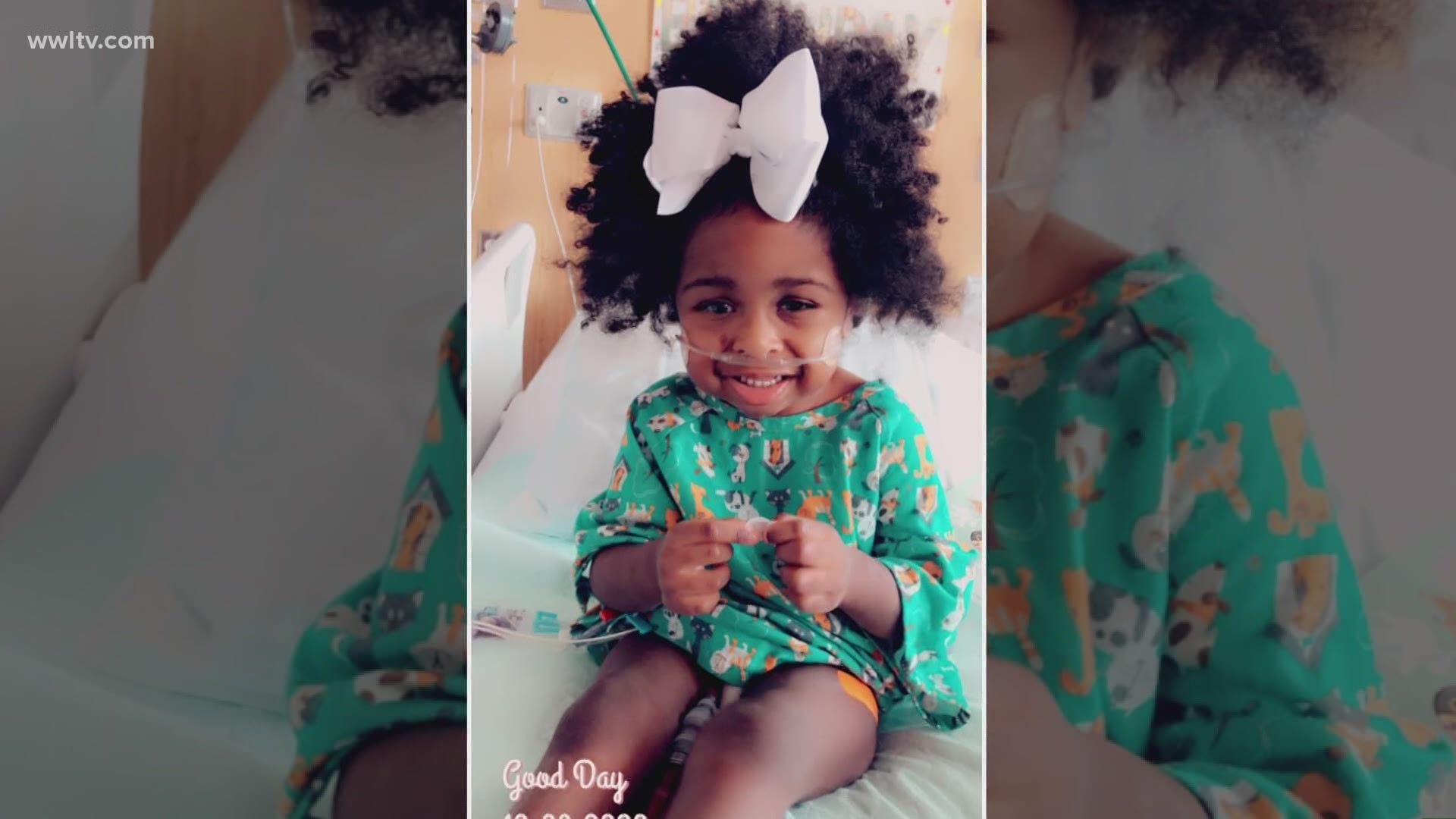 SLIDELL, La. — Doctors didn't expect a 2-year-old girl from Slidell to live to see her third birthday due to a rare heart condition.

In July, doctors told LeAnna Brown's parents she had two weeks to live. Now, she is a happy, strong 3-year-old with a brand new heart. Her parents call her survival a miracle.

As a newborn, Brown was diagnosed with a rare metabolic disorder that caused heart failure. It's called Multiple acyl-CoA dehydrogenation deficiency (MADD). When doctors told her she likely wouldn't survive another few weeks, her parents, Ashley Mitchell and Jason Brown, began calling hospitals all around the world, begging and praying for a sliver of hope.

"I really thought we were going to have to bury my baby," Mitchell said.

With so little research on her condition, doctors didn't know if a heart transplant would work.

"Basically doctors are telling us if no other hospital picks her up, we will just make her comfortable," Mitchell told WWL-TV on July 1, 2020.

PREVIOUSLY: 2-year-old may not survive the month without a heart transplant, but doctors won't perform the surgery

Only days later, Children's Hospital Colorado became the answer to their prayers.

"They were the last hope. Everyone else turned us down," Brown said.

"They were the only ones willing to take the chance," Mitchell said.

The family packed up from their Slidell home and moved to Colorado where a team of doctors got to work.

LeAnna was added to the transplant list. Not even two months later, her parents got the call that a heart was available for LeAnna.

LeAnna now has a new heart. She's recovering and doctors tell her parents they are hopeful she will have a full, long life ahead of her.

"It's just everything I asked God for happened, it's a miracle," Brown said.

The family relocated to Colorado where they will live for at least the next year as her doctors monitor her recovery.