Holly Best's incredible weight loss to donate a kidney led to six recipients getting the organs they desperately needed. 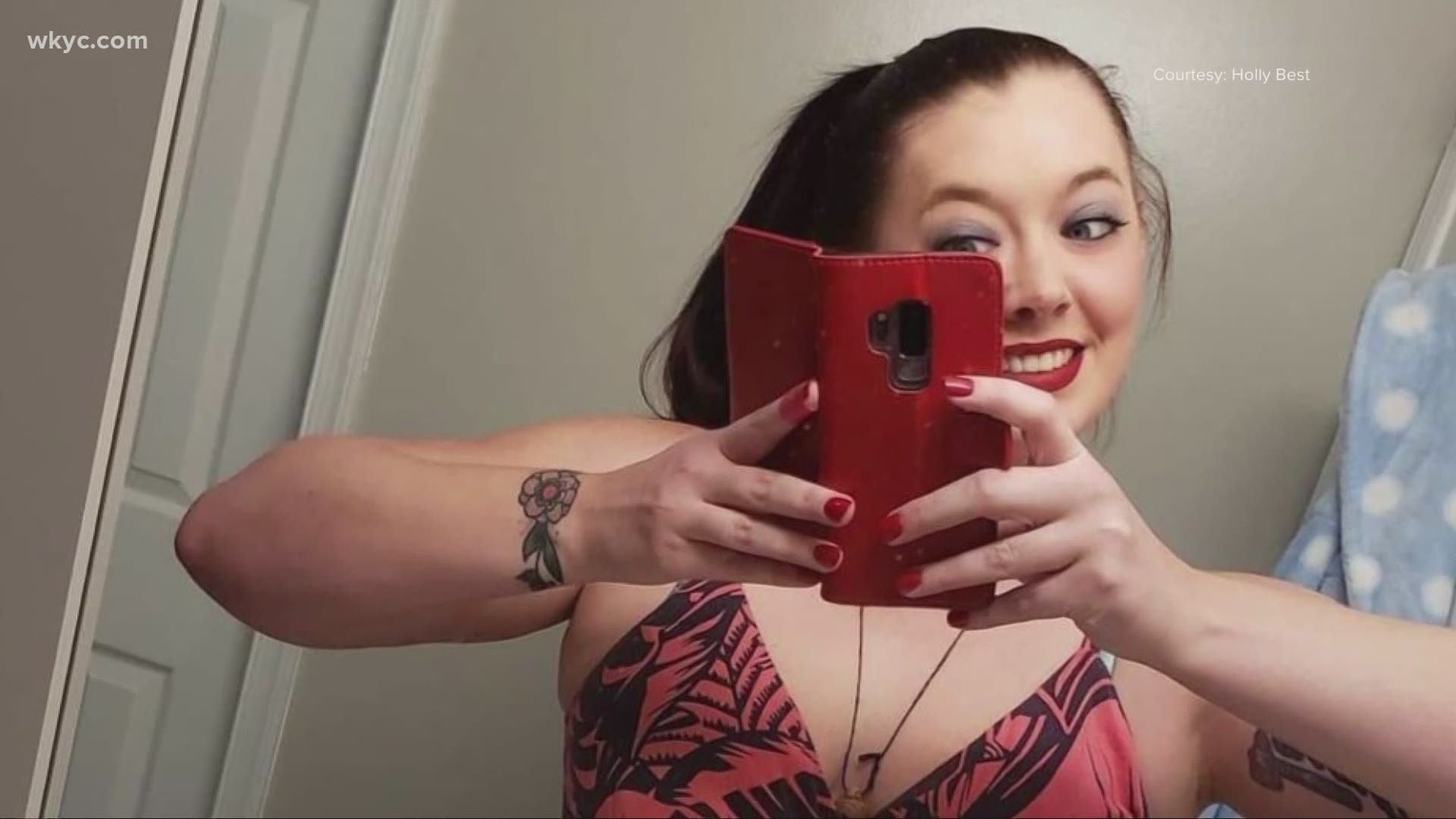 CLEVELAND — April is National Donate Life Month, a time to remember those in need of organs, eyes, tissue, blood and so much more.

You're never quite sure how much you'll impact someone's life when you donate. or in the case of one woman, how many lives.

"Even if I'm just scrolling absent mindedly, as one does, I'm on [social media] a lot," 30-year-old Holly Best, of Virginia, admits.

Best found herself scrolling one evening, seeing the usual pictures of friends' children and coworkers' dinners, but then she stumbled upon something else.

"One of my colleagues, she shared a post from one of her connections, saying 'Hey, see if you're a match,'" Best remembered.

Holly didn't know the woman in need of a kidney, but she has a habit of helping.

Best decided to go through the testing and found out she was a match. However, there was one problem: Doctors told her she needed to lose nearly 100 pounds to donate.

"Definitely we want them to be at least BMI of 30 or less," Dr. Alvin Wee, Program Director for Kidney Transplant at Cleveland Clinic, told us. "That's really ideal because 20 years down the road, what are they going to be? We want to be strict with them, because it's all for their own good."

Holly spent the next year and a half working hard. She had to give up alcohol, eat right and began exercising nearly every day.

"It was going to save someone’s life," she said. "It's like 'cheeseburger or save a life,' or 'rack of ribs or save a life.' When I compared it like that, it was nothing."

However, in that time of losing weight, the woman in need ended up finding another donor. Holly, though, wasn’t deterred.

Little did Holly know, she wouldn't be changing just one life with her kidney, but six.

"My sisters were all tested, but unfortunately they weren't able to give me a kidney,” 30-year-old Westlake native Anne Lebold says.

Holly's kidney ended up being the lynchpin in a kidney swap, where six people in need had someone willing to donate, but weren't matches. When Holly stepped in, it created a domino effect, allowing each person to get the kidney they desperately needed.

"I'd probably still be waiting without somebody like her," Lebold said. "The fact that she was able to help so many people is really amazing."

"It was kind of amazing when they told me how it was going to work," Best added. "I'm pretty sure that I cried. I love to help people, so the more people I can have an impact on, the happier I am."

You can say Holly Best's weight loss journey and kidney donation had a ripple effect that drastically changed the lives of six people, but in reality it changed her just as much.

"I can always come back to that and be like, 'You know what, you made a difference, and that’s awesome,'" Best says. "It's like a go-to for being happy."