10 most haunted places in Northeast Ohio

Here are the spookiest spots you're most likely to experience paranormal activity. 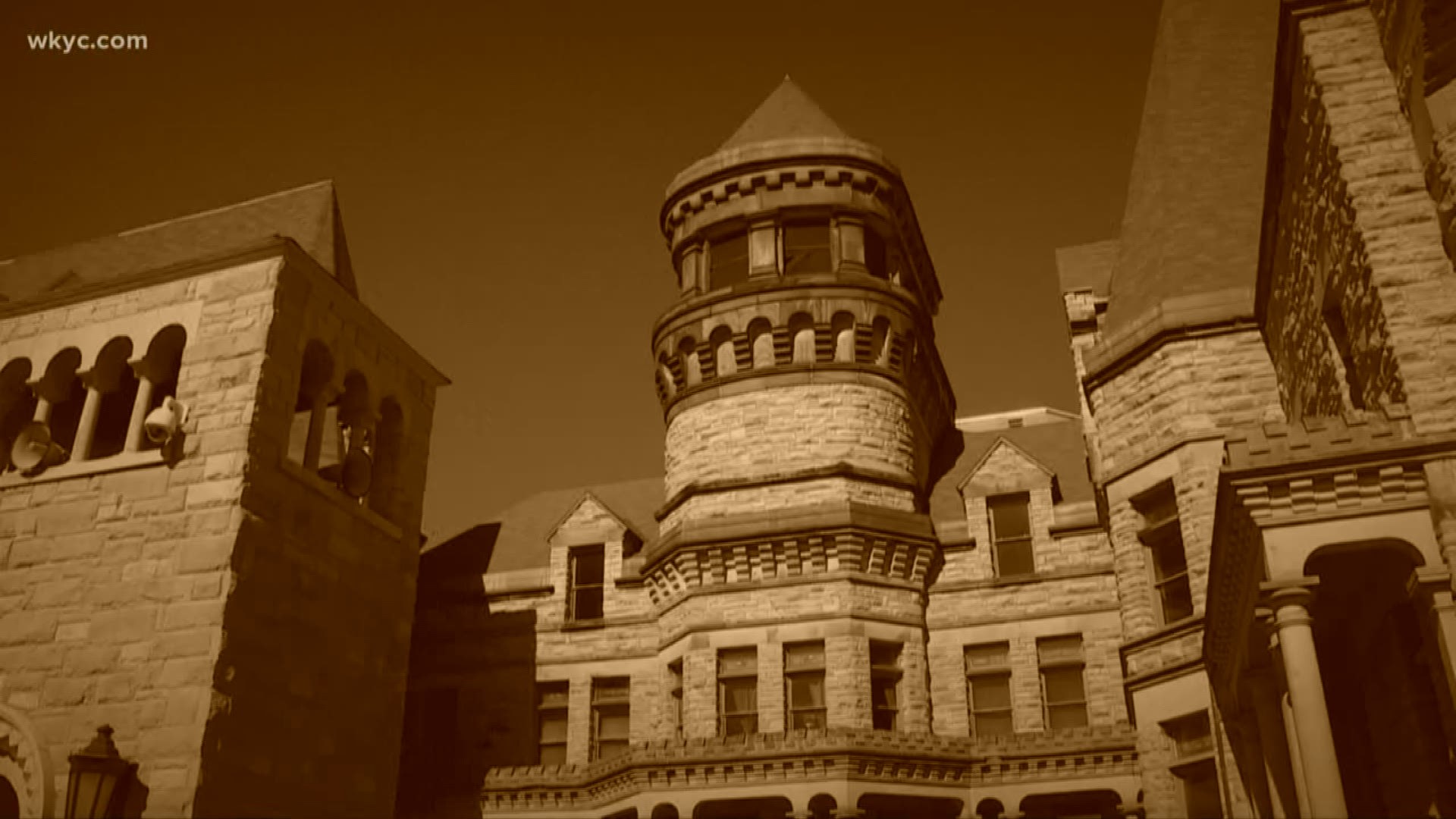 Do you believe in ghosts?

When it comes to creepy, Northeast Ohio is filled with freaky places that many people believe are inhabited by spirits.

But what is Northeast Ohio’s most haunted location? We went to ghostly expert Sherri Brake to unearth the dastardly dirt on which spots are believed to have the most paranormal activity.

Brake, owner and operator of Haunted Heartland Tours, has written gobs of ghastly books about local hauntings. For decades, she has also taken guests on terrifying tours to eerie places around the world.

Are you brave enough?

Here's her list of where you're most likely to experience the paranormal...

Editor's note: This story was originally published in October of 2017.

This Reformatory in Mansfield is undoubtedly the most well-known haunted and historical location in the state, thanks to multiple paranormal TV shows and thousands of ghost hunters who flock here yearly.

Before the prison was built, the property was used as a training camp for Union Soldiers during the Civil War. Designed by acclaimed architect, Levi Scofield, this castle-like prison was built to reform and inspire its occupants... The inmates.

Shadow people, unexplained voices caught on tape and unusual anomalies on film are sure to keep you coming back, time and time again. 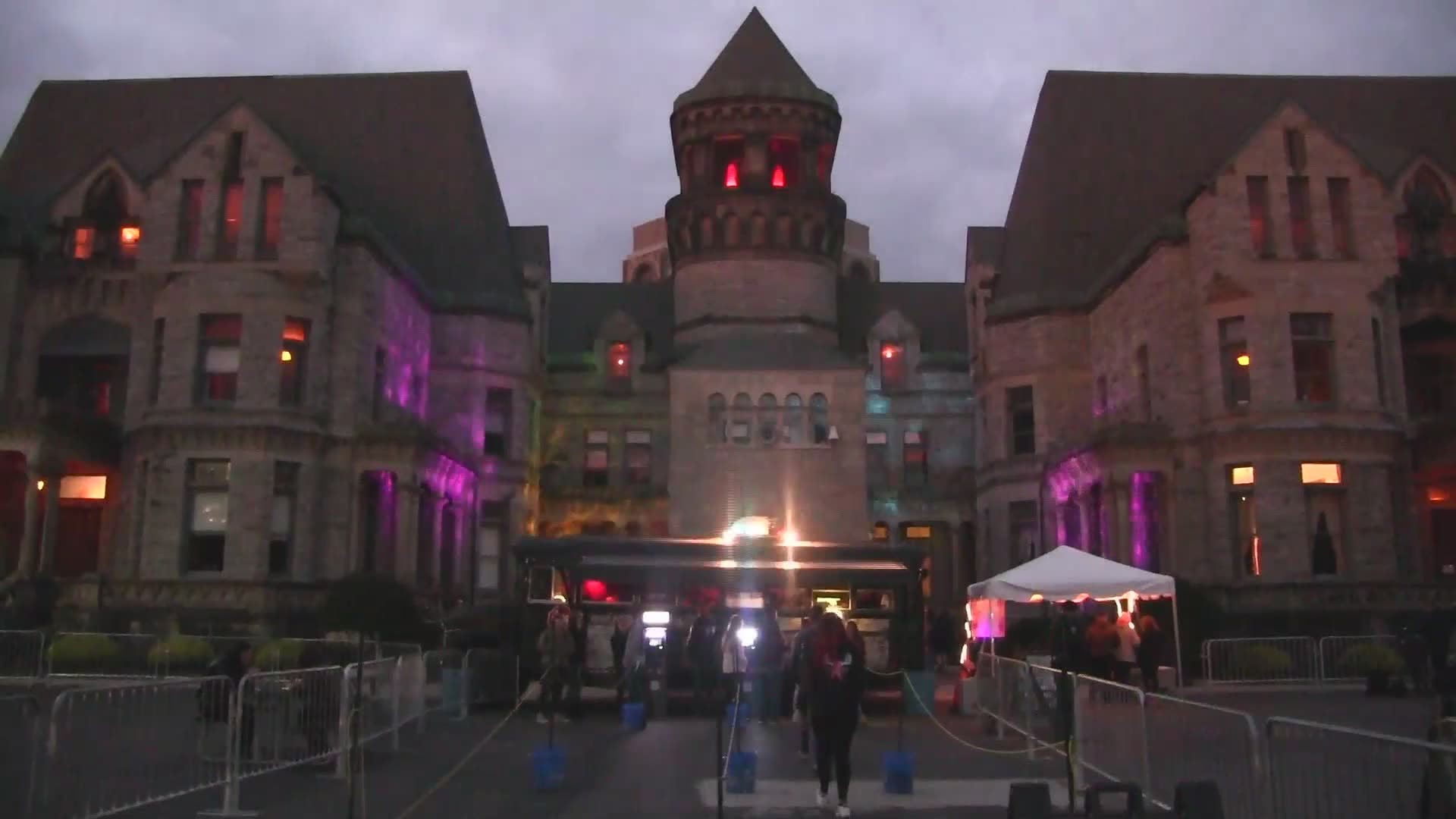 RELATED: How this 'haunted ghost town' in Ohio puts you face-to-face with Halloween horrors

RELATED: These are the most-searched Halloween costumes of 2019

Dark history lives at its best behind these castle-like walls on Franklin Boulevard in historic Ohio City. This Queen Anne style building is private and must be viewed safely from the street.

Unfortunate tragedy, skeletal remains, fires and mysterious deaths have all plagued this building, which was constructed by German immigrant Hannes Tiedemann in the mid 1800s. A true piece of Cleveland history featuring a turret, hidden passages, a ballroom, a spectral woman in black and a wee girl dressed in white.

What’s not to love?

Franklin Castle was investigated for the first time ever on TV during the show Paranormal Lockdown last year.

The Bissman Building is currently 130 years old and is still full of life… Or perhaps we should say “afterlife." The building is also known for its beauty and lure of being one of the most haunted buildings in North Central Ohio.

It is situated in downtown Mansfield and offers public and private investigations. Years ago, it was featured on SyFy's Ghost Hunters.

Theaters can offer a chance to unwind and catch up on the latest film or classic, a concert or event, but did you know there is the chance of a spiritual encounter at this downtown Canton establishment?

Its majestic marquee burns brightly 60 feet above Market Avenue, and welcomes you as you enter its grand foyer.

Once inside, you become a part of Canton's nostalgic past (ghosts are included free of charge -- but not guaranteed -- with your admission ticket).

This quiet and unassuming park in Canal Fulton along the Ohio & Erie Canal has its own place in dark history.

Legend says that a horrific incident occurred here in the 1880s with a container of acid, a man gone wild and a crew of men on a canal boat. It’s said that the ghosts of the deceased still roam the area by the lock tender's building.

This area is only open for day visits only, and is patrolled frequently.

Located in the beautiful rolling hills of Richland County sits a piece of property steeped in Hollywood history, murders and ghosts.

Malabar Farm is home to the ghost of teenager Ceely Rose. She was found guilty of killing her family by poisoning their breakfast food in 1896. She was committed to an asylum and died in Lima, Ohio, but many say she still haunts the area where her family house still stands.

In 1939, author and Hollywood elite, Louis Bromfield, bought the property and built a grand house, which was the scene of a famous wedding. Actress Lauren Bacall and Humphrey Bogart exchanged vows here in 1945.

Ghostly sightings have been reported by workers and visitors at the farm. Tales of flickering lights and appearances by Mr. Bromfield in the big house intrigue those lucky enough to see him.

Guests can visit the big house where the ceremony took part, but the Ceely Rose house is private and must be viewed from the road.

One of Ohio's most scenic parks harbors legends and ghostly sightings in Columbiana County.

Aside from its natural beauty, the park is special for its history. A portion of the park was once part of a canal system from the early 1800s. Ghostly sightings of Esther Hale, the wandering Quaker Preacher, the ghostly girl of Gretchen’s Lock and haunted Hambleton Mill are just a few of the legends intertwined with historical fact.

Check it out for yourself and camp for a weekend… If you dare!

Exit stage left… Or did they?

This gem of a theater in historic Kent is the location for many plays, events and concerts throughout the years. It’s also home to a few spirits.

One of these spirits is considered the theater guardian, and is known by his nickname, Woody. His spirit is often felt in front of the stage, on stage and in the green room. Sometimes you can hear him walking around the stage, and he has even teased performers, standing close behind them, poking at their shoulders and necks. Woody has caused apples to roll uphill, drums to begin playing and many other fun tricks.

Grab a ticket and join in at an event at the Kent Stage. You might just see more than you paid for!

This 1870 building has been home to several businesses in historic Canal Fulton through the years. It currently houses a family owned restaurant, but was most notably home to a crematorium, which was located in the basement back in the early 1900s.

What happens here? Shadow people, a poltergeist in the kitchen, ghostly ladies in the basement, the entrance to an old tunnel and even an unusual room that makes people a bit dizzy.

This place has a lot to offer, and the food is so good it's scary!

Cemeteries are hallowed ground, so why would one be paranormally active?

On Dec. 29, 1876, the #5 Pacific Express was traveling over a high bridge carrying approximately 159 passengers and crew. Only the first engine made it to the other side.

The train bridge collapsed, sending the rest of the train and the people on it, into the ravine below. 92 men, women and children were killed. Many were burned alive while trapped inside the crushed cars and are buried in a mass grave at the Chestnut Grove Cemetery in Ashtabula.

A large monument to the victims stands in silent vigil. Spectral sightings, and unexplained voices on tape have been recorded.

Be respectful when visiting as the cemetery is closed at dusk.

You can learn more about Brake by visiting www.HauntedHistory.net.