The lawsuit claims the couple was 'roughly grabbed, pushed, and shoved with such force that they suffered physical injuries.' 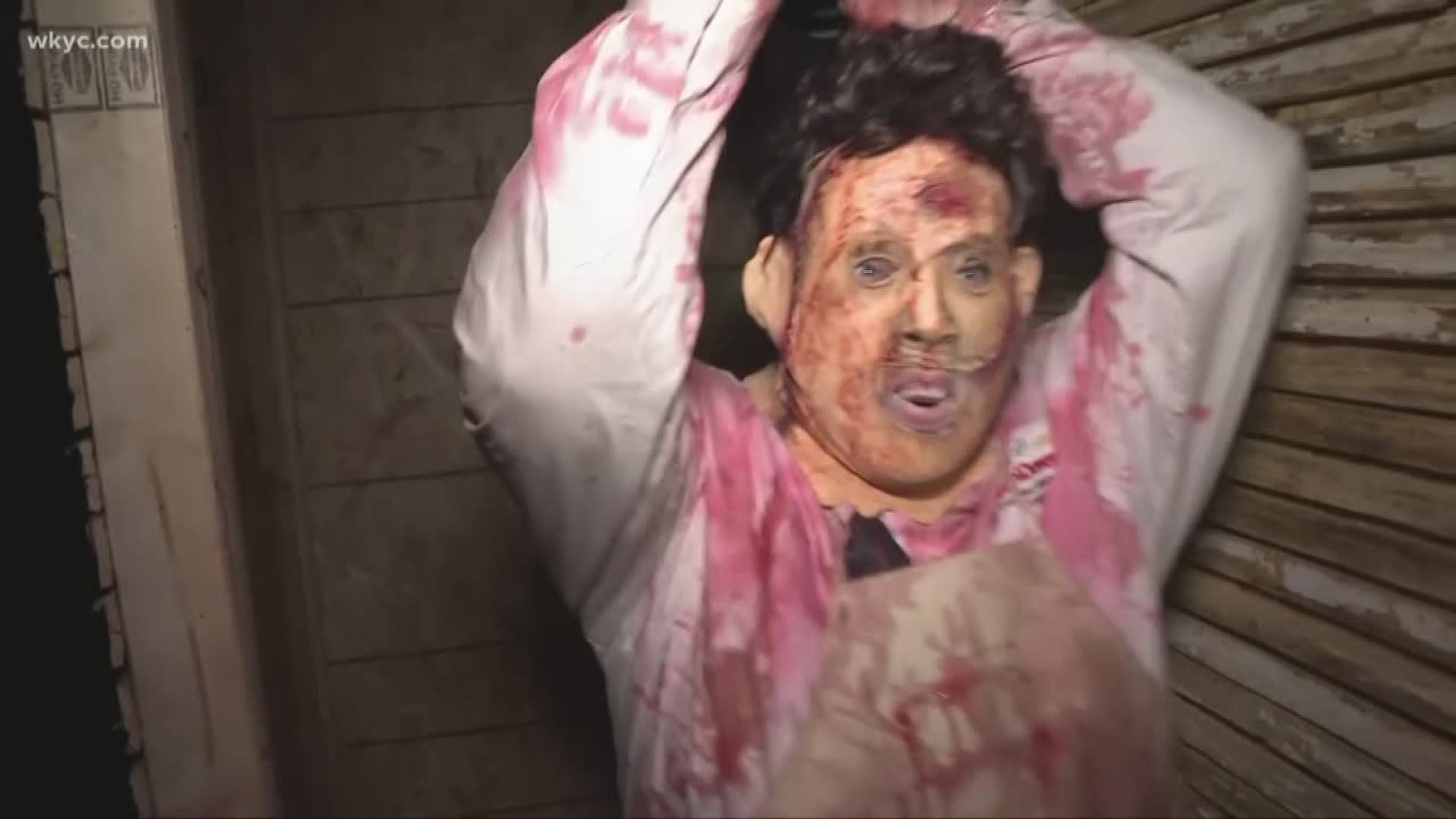 Ryan Carr and Sarah Lelonek are suing Akron Fright Fest, claiming they were "roughly grabbed, pushed, and shoved with such force that they suffered physical injuries."

The lawsuit details the alleged mock rape, while also making claims about injuries the couple had sustained while experiencing the Halloween attraction.

"In the first haunted house, an employee ordered Ms. Lelonek to 'get on all fours,'" the lawsuit states. "She refused and tried to navigate around that employee. John Doe No. 1 shoved her into a plywood wall, with enough force to cause the plywood to shake. He again told her to get on all fours. She refused and was able to move around him and leave the room. On information and belief, this incident caused injury to Ms. Lelonek's shoulder that persists today."

Carr claims he suffered a shoulder injury that "remains in treatment" connected to the alleged mock rape scenario.

"Mr. Carr made multiple attempts to get up and away from the employee, but was forcibly pushed down each time, by the shoulders." That employee -- described as 200-250 pounds -- is accused of thrusting against Carr's body after declaring, "I'm gonna rape him."

The lawsuit was filed on Halloween.

The lawsuit says Carr and Lelonek were not inside the waiver-required haunted house when these incidents took place.

"Mr. Carr and Ms. Lelonek decided to pay $25 each for the first three houses, and not to pay for or go through the fourth, waiver-required haunted house. They did not sign any waiver."

The owner issued a statement after the allegations surfaced, saying, in part, "We would never knowingly put any of our customers in a mock rape situation. It isn't right and it's not what we stand for." Within that same statement, the owner announced that employees who worked in the area where the alleged incident took place had been fired.

The lawsuit also alleges the following:

- The employees' actions appeared to be deliberate, "scripted," and not spontaneous.

- The employees did not appear to be concerned about witnesses seeing what they did.

- The actions among the various employees and in the different haunted houses were consistent.

- After the incident occurred, multiple employees commented on social media in defense of the conduct, stating that it should be expected, and one supervisor-level employee boasted that Akron Fright Fest was now the most talked about haunted house in the country.

- Akron Fright Fest failed to discipline or fire employees who engaged in similar conduct, prior to what Mr. Carr and Ms. Lelonek experienced, and thus creating a culture in which employees believed such conduct was acceptable.

- Multiple other guests experienced incidents similar to what Mr. Carr and Ms. Lelonke experienced, both before and after the incidents that involved them.

Additionally, the lawsuit accuses Akron Fright Fest of hiring employees without proper background checks "when they should have known through reasonable investigation had backgrounds that included criminal and other misconduct, making them risks to carry out such misconduct again."

Akron Fright Fest closed for the season earlier than scheduled due to "current circumstances" and "family matters."

The Springfield Township Police Department is investigating to determine if any laws were violated at Akron Fright Fest.