Trying to find a solution to perform shows during Covid-19, Blank Canvas Theatre has come up with a creative solution. 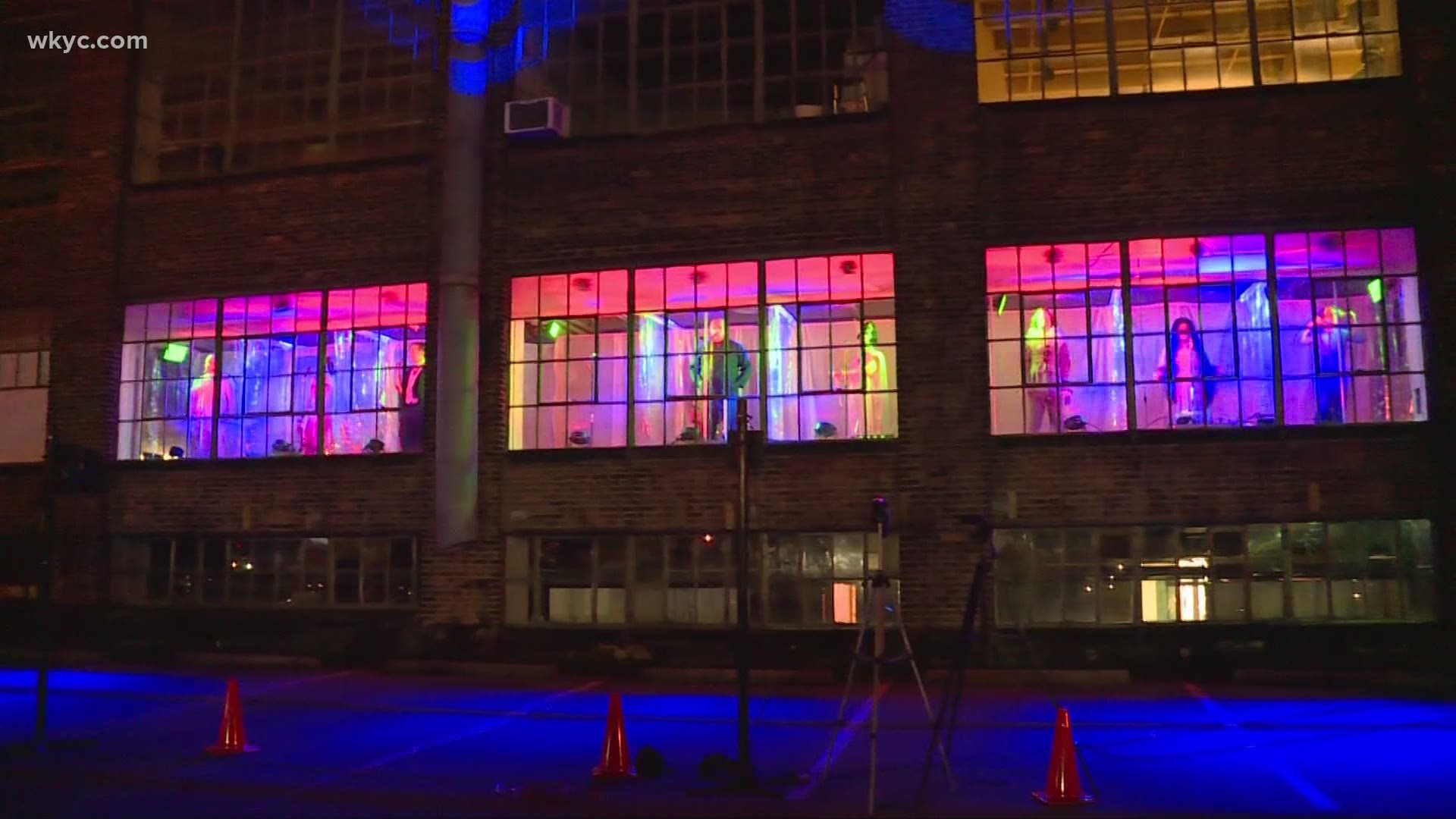 CLEVELAND — While theatres have been shut down or very limited due to the coronavirus, one local theatre has refused to turn out the lights and found a new way of doing shows

“We were able to kind of sit back for a little bit but then as an artist, you have this craving,” says Patrick Ciamacco, Artistic Director of Blank Canvas Theatre. “I sat in this parking lot and I had the idea and I was like, ‘I got to do this now.’ When can we do it?”

Even though they were forced to close up early on in the pandemic, Blank Canvas Theatre’s artistic director, Patrick Ciamacco, had an outside the box idea to take the show, outside the theatre.

Ciamacco says, “Once you’re an artist and you have the vision or that idea, it’s hard not to birth it on stage or put it up or put it in a parking lot, whatever you need to do.”

They put performers in windows, on separate stages and moved the equipment, like lights, speakers and projectors outside, and called it a live drive in theatre experience.

“I’ve always had the idea that we could do something in the parking lot and it’d be safe,” says Ciamacco. “But that’s safe for the audience to be in their cars, but I was always struggling to find how to keep the staff and the actors safe as well. So, this setup allows them to be a lot safer, because they each have their own booth. They’re all in a contained plastic barrier when they’re on stage.”

The first attempt at a show like this, Still Standing, was a hit that sold out both performances over Labor Day weekend. Now, after bringing theatre back from the dead, they’re just in time for Halloween.

“It’s all the horror characters that you may know, but singing classic theatre songs,” says Ciamacco. “Ultimately, we can’t go to a Halloween party this year and some places you can’t even go trick or treating, so we felt this was a safe way to come out, celebrate Halloween and watch the show.”

Now, after a month of zoom meetings and socially distant sing throughs, Night of the Living Theatre is ready for an audience of cars. It’s also ready to once again prove the old theatre adage that no matter what happens, the show must go on.

Ciamacco says, “Theatre is alive and even though some theaters can’t be doing it, we’re lucky that we’re able to perform right now. We’re doing this for everyone that can’t right now, and to be able to do that is amazing.”

Night of the Living Theatre will take to the windows of Blank Canvas Theatre on October 30th and 31st as well as November 6th and 7th. For more information, visit their website by clicking here.