Visitors watch an original horror movie that ties into the ghost town. Then the story is finished in person with the visitors. 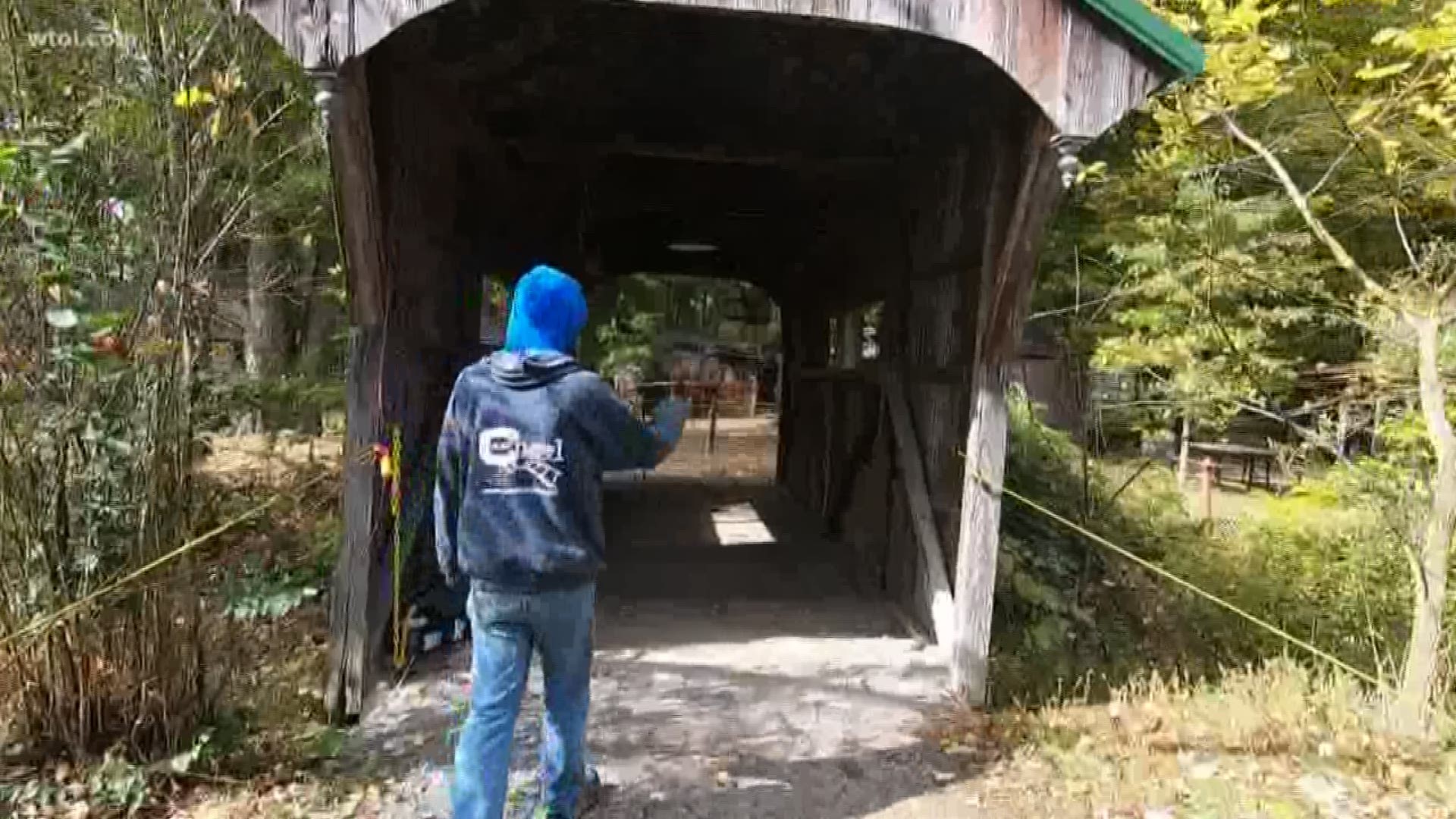 Go 419 introduces you to a haunted ghost town that is offering a more interactive experience.

For the fourth year now, Halloween revelers can experience an in person haunting at Findlay's Haunted Ghost Town.

But this year, director Justin Duvall wanted to do something a little more out for the ordinary for their guests.

"So, haunts are either staying traditional and people are getting bored with and want something a bit extreme, and a lot of people don't want that," said Duvall.

"There's usually no story with that, and there's no resolution at the end. We wanted to give all of that to the audience, the scare factor, the story, and just the whole interaction and being a part of it," said Matt Erman with Capture 1 Studios.

The ghost town partnered with local video production company Capture 1 Studios and produced a feature horror film with a cast and crew of 50 over the Summer.

Now, the film titled "The Curse of Bryerstone" tells the back story as to why this town is a ghost town.

After the movie, visitors then venture into the town to complete the story themselves.

"And then you go through the haunt and you have clues to follow, you have objectives to meet, and you can either succeed at your objective or fail. Either way it's fun though," said Erman.

RELATED: These are the scariest haunted houses in Ohio

Every Saturday at noon, they hold a kids junior haunt during the daylight hours that shows the little visitors how the haunt operates and eases them into the Halloween season.

"Having people being able to bring their kids, seeing the kids react and seeing the parents react all at the same time, that's a success. If you get the whole family, you've gotten the entire spectrum," said Duvall.

Now, you only have two weekends left to experience Haunted Ghost Town presence The Curse of Bryerstone.

The film begins playing on Fridays and Saturdays at 6 p.m., and the real fun begins outside once the sun goes down.

Erman has also a longer, feature length version of The Curse of Bryerstone will be available for download on Amazon next year.

RELATED: These are the scariest haunted houses in Ohio