A Home For The Holidays: Leaving the streets behind 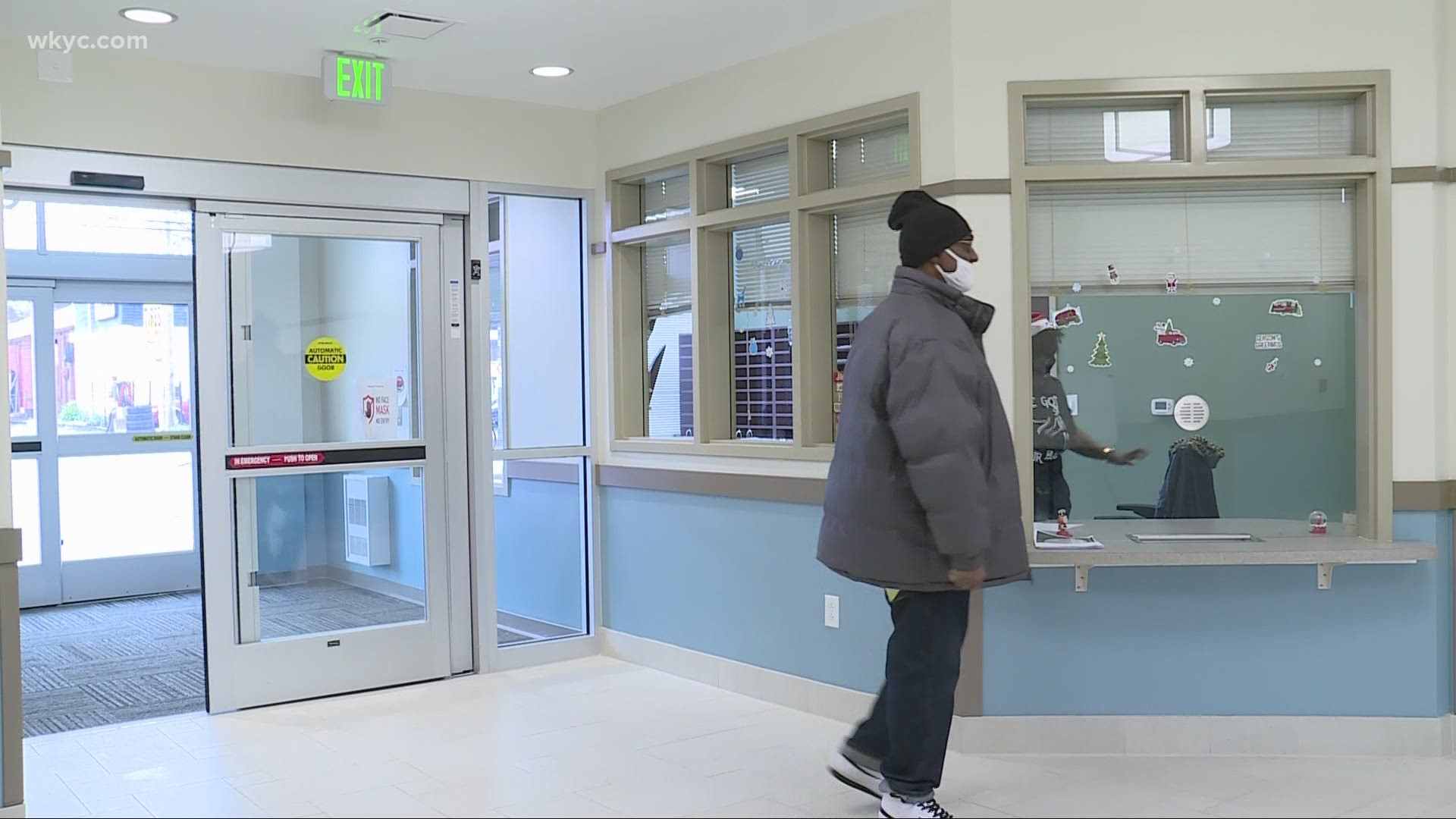 CLEVELAND — It doesn’t take much to go from having a home, to finding yourself on the street. But the road back is long, and often cruel.

“When I got out of the hospital I had nowhere to go,” said Roof.

“I had moments that I felt like I wasn’t going to live long,” said Robinson.

Both men do not blame others for the years they spent homeless. They just want others to know it can happen to anyone.

Roof’s life spiraled after his wife died in 2010. Drugs, Roof says mostly marijuana, followed. Then he had a heart attack and underwent double-bypass. “I was laid up for a couple of months with that. Once I got out, my apartment was gone,” he said.

“I was sleeping at the airport Christmas Eve. That’s where I spent Christmas until they kicked me out,” he said.

“Lying on concrete bus stops. The toughest winter that I had when I was sleeping outside was 24-degree weather,” Robinson said.

His housing instability started much earlier in life. Hanging out with the wrong crowd, Robinson said, led to trouble with the law, and with his family too. Robinson couch surfed for a while, but soon ran out of soft places to land. Shelters followed. Sleeping on the streets did too.

“I haven’t had any good Christmases in a long time,” he said.

This year, Christmas will be different for Robinson and Roof. They have a home; apartments at a place called Harper’s Pointe.

“Harper’s Pointe is a big thing because it’s permanent, supporting housing. Permanent for life if that’s what you want,” said Dennis Ashton who is an outreach worker for the Northeast Ohio Coalition for the Homeless.

Both Robinson and Roof credit Ashton with connect with them and getting them into Harper’s Pointe when it opened recently.

The new apartment building in the Fairfax neighborhood is the latest in Cuyahoga County’s ‘Housing First’ initiative to end long-term homelessness. The men and women who have rent subsidized apartments, also get medical and mental health care, recovery services and employment training to help them integrate back into the community.

WATCH: A HOME FOR THE HOLIDAYS PART ONE: Adopting Emmet

And in many cases, those on the streets, need to hit rock bottom, like Robinson and Roof, before they are finally able to change.

“I always here, ‘I’m sick and tired of being sick and tired.’ And that means so much. You finally got to a point in our life where you want better and you know you can do better. And you strive to do better,” Ashton said.

Dwight Robinson is doing that. Now that he does not need to worry about a roof over his head, he’s focusing on his personal goals: getting his G.E.D. He is also taking cooking classes and dreams of one day owning his own business, perhaps a cart to become a street vendor.  For Christmas, his one wish is to talk with his family.

Craig Roof is doing better too. His first night, he cooked a meatloaf in his kitchen. He has decorated for the holidays complete with a beautiful Christmas tree.

“I love Christmas. My favorite time of year. Being with friends, its peaceful. Being indoors. And being able to cook a ham for Christmas,” he said.

He knows his wife would be very proud of him. That makes him smile. He is grateful.

“I just want to thank everybody. I never thought I would get here,” Roof said.

Harper’s Pointe is the newest in one of 13 buildings scattered across Cuyahoga County, all part of the Housing First initiative. The goal is to end long-term homelessness through permanent supportive housing. The Housing First model focuses on working with those who are experiencing the highest barrier to stabilization – those struggling with severe mental illness, substance use, seniors and veterans.

In 2002 the Sisters of Charity Foundation of Cleveland, in partnership with Enterprise and the Cleveland/Cuyahoga County Office of Homeless Services, convened 17 organizations to bring the permanent supportive housing model to Cleveland.

RELATED: A Home For The Holidays: Adopting Emmet

RELATED: A special holiday gift for a 'Great Neighbor' and dedicated EMT