Ali Mierzejewski, the editor-in-chief of Toy Insider, was in studio on Monday sharing what tops this year's hottest toys. 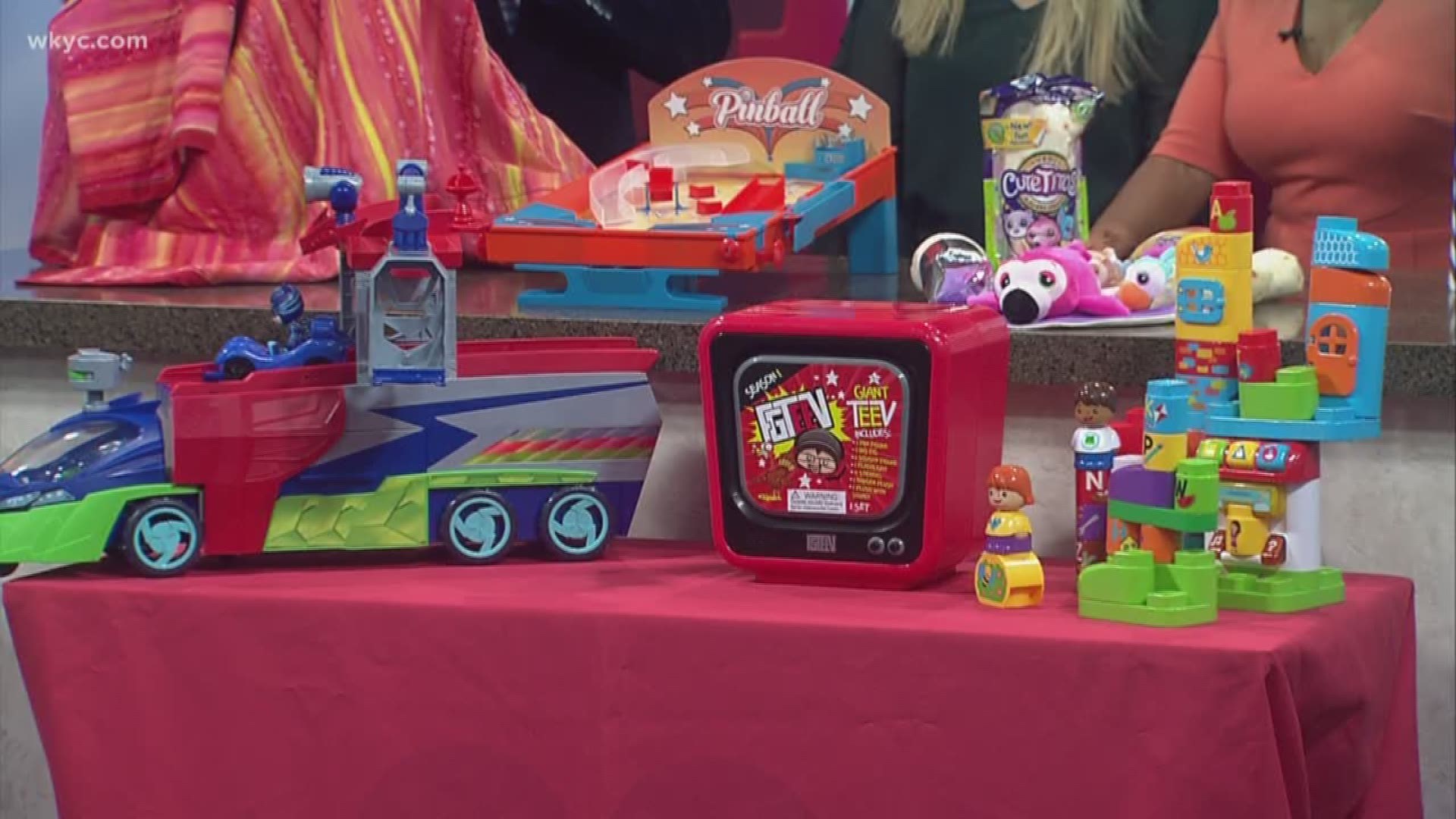 CLEVELAND — On Monday’s Lunch Break with Jay Crawford, we’re getting an early jump on holiday shopping with an expert who knows what your kids will want this season.

Ali Mierzejewski, the editor-in-chief of Toy Insider was in studio sharing secrets of this year's hottest toys. Her top three include Hatchimals WOW ($79.99), the “Into the unknown” Singing Elsa Doll ($34.99) and the Fortnite Jumbo Loot Llama ($79.99).

Watch the video here, and catch the full episode of Lunch Break with Jay Crawford in the player below:

On Monday, Jay lunched with 3News’ Romney Smith and the two were joined by digital anchor Stephanie Haney.

RELATED: Fans react to the Cleveland Browns' release of safety Jermaine Whitehead after racist, violent tweets are posted from his account