The history behind Sweetest Day: show us your photos

The idea that American Greetings started the holiday, is actually a myth. 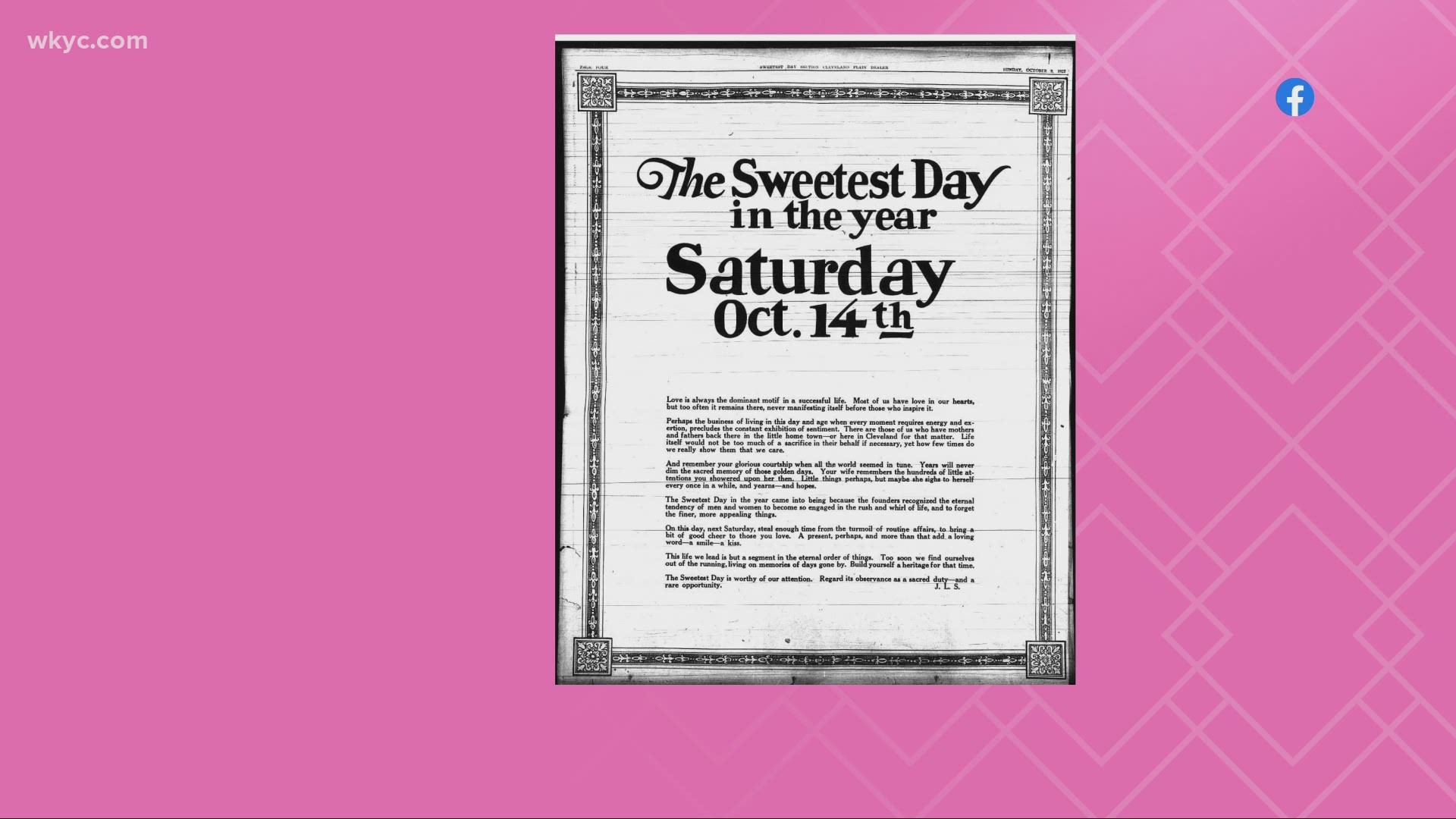 CLEVELAND — This coming weekend Northeast Ohioans may be wondering if they need to buy their significant other, or loved ones, a little something for Sweetest Day. It turns out though, we're a small majority planning such things.

The holiday is not widely celebrated or even heard of, because it started here in Cleveland.

Many who do know of it, believe American Greetings started the holiday some time ago. That idea has been debunked several times over, though. Sweetest Day actually began when a few candy executives in Cleveland came up with the idea to brighten spirits.

Candy company C.C. Hartzell distributed more than 20-thousand boxes of candy to Clevelanders in need in 1921. The following year, the holiday stuck and was widely advertised.

Back then, the day was actually called "The Sweetest Day of the Year." Big movie stars at the time like Theda Bara and Ann Pennington even took part in promoting the holiday.

If you don't believe that, check this out. Local chocolatiers Fear's Confections in Lakewood posts this every year on Sweetest Day, a clip from the Cleveland Plain Dealer in 1922 that advertised the holiday for the first time after it orginated.

Part of it reads, "On this day, next Saturday, steal enough time from the turmoil of routine affairs, to bring a bit of good cheer to those you love."

My yearly informational Sweetest Day post (which is this Saturday) The more you know: The first Sweetest Day was on...

Sounds like something we could all use right now. So while the holiday is somewhat brushed aside as another money-grab holiday, it could be a great chance to tell someone you love them this year, as we all grapple with so much.

And we want to celebrate you and your sweetest ones, too. On Weekend Go!, Romney Smith, Jason Frazer, and Lindsay Buckingham love to share milestone moments for our viewers. Be it a relationship anniversary, engagement, or wedding, we want to share that with you on Sweetest Day.

Text "milestone" to 216-344-3300 with a photo of your milestone and a description of the event. Our Weekend Go! team will share a few of those photos on Sweetest Day.