67 roses: The love story of Robert and Harriet Banks

The two got married on Valentine's Day in 1954. 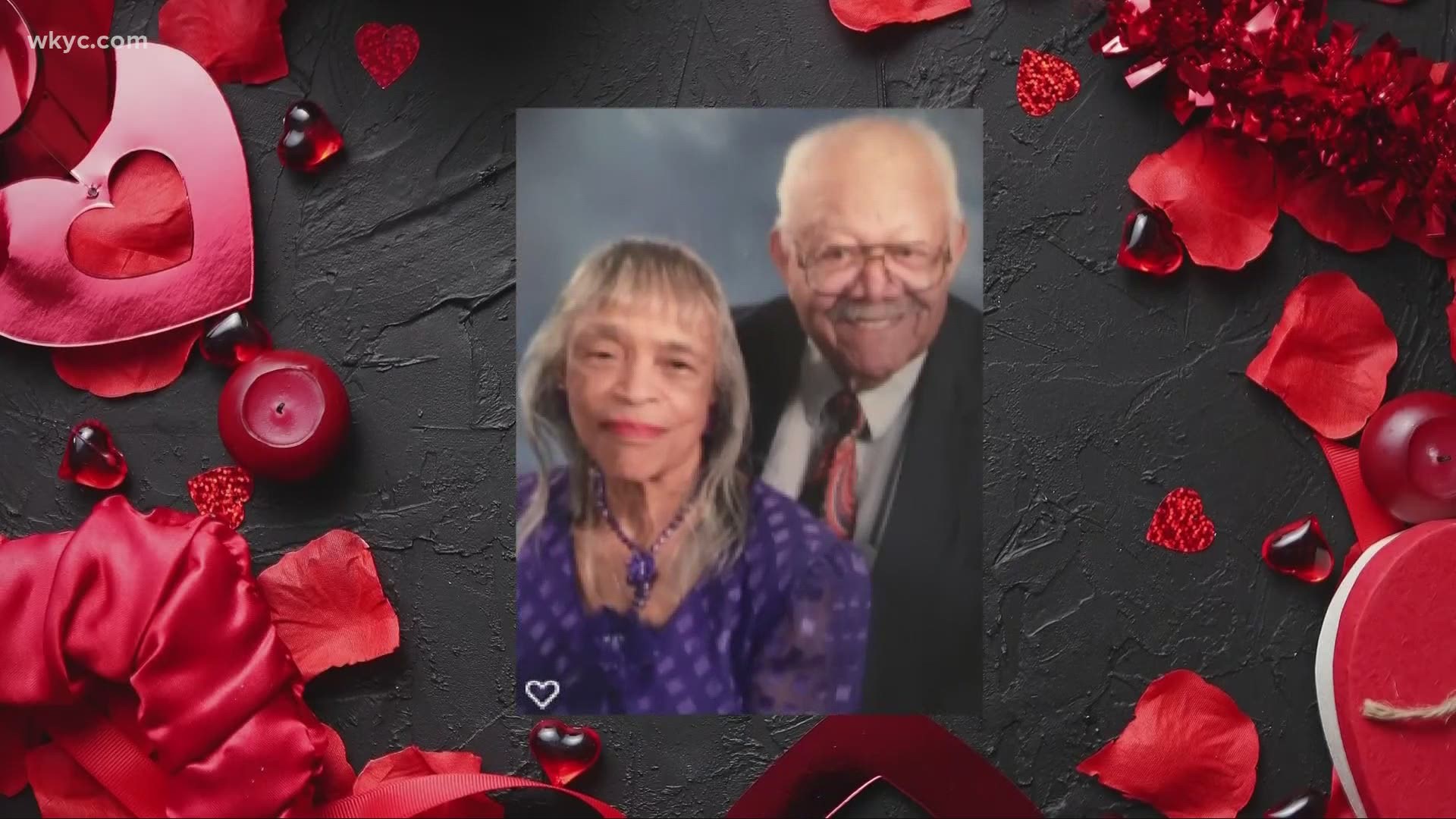 CLEVELAND — Meet Robert and Harriet Banks, better known in their church community as Ma and Pa Banks. This is their story, called 67 Roses.

They're college sweethearts, and married on Valentine's Day at Antioch Church in Cleveland in 1954.

They were both educators. Harriet taught in Cleveland Public Schools and Robert only recently retired from Cuyahoga Community College as a chemistry professor of about 50 years. He is also a retired Army Colonel.

He will be 90 in July and Harriet, known by her bowling friends as the "purple lady" since its her favorite color, had her 88th birthday in January

But she developed Alzheimer's disease over the last few years, keeping them apart. Robert made sure to visit her every day, from when she was at Cleveland Clinic, to being admitted to a nursing home.

But he hasn't able to see her this year.

And he misses her terribly.

The gentlemen Robert is, that's not stopping him this year.

Robert had 67 roses delivered to the love of his life today.

67, for each year of their marriage.

He fears it might be their last anniversary together, so each rose serves as a reminder of his love, for his favorite purple lady.

All information sent to WKYC Studios by their daughter, Stacie Banks Hall.