What's up with all of those fireworks? Mike Polk Jr. explains

If you think you're hearing more fireworks than normal, you're not alone. Complaints are up and conspiracies abound. 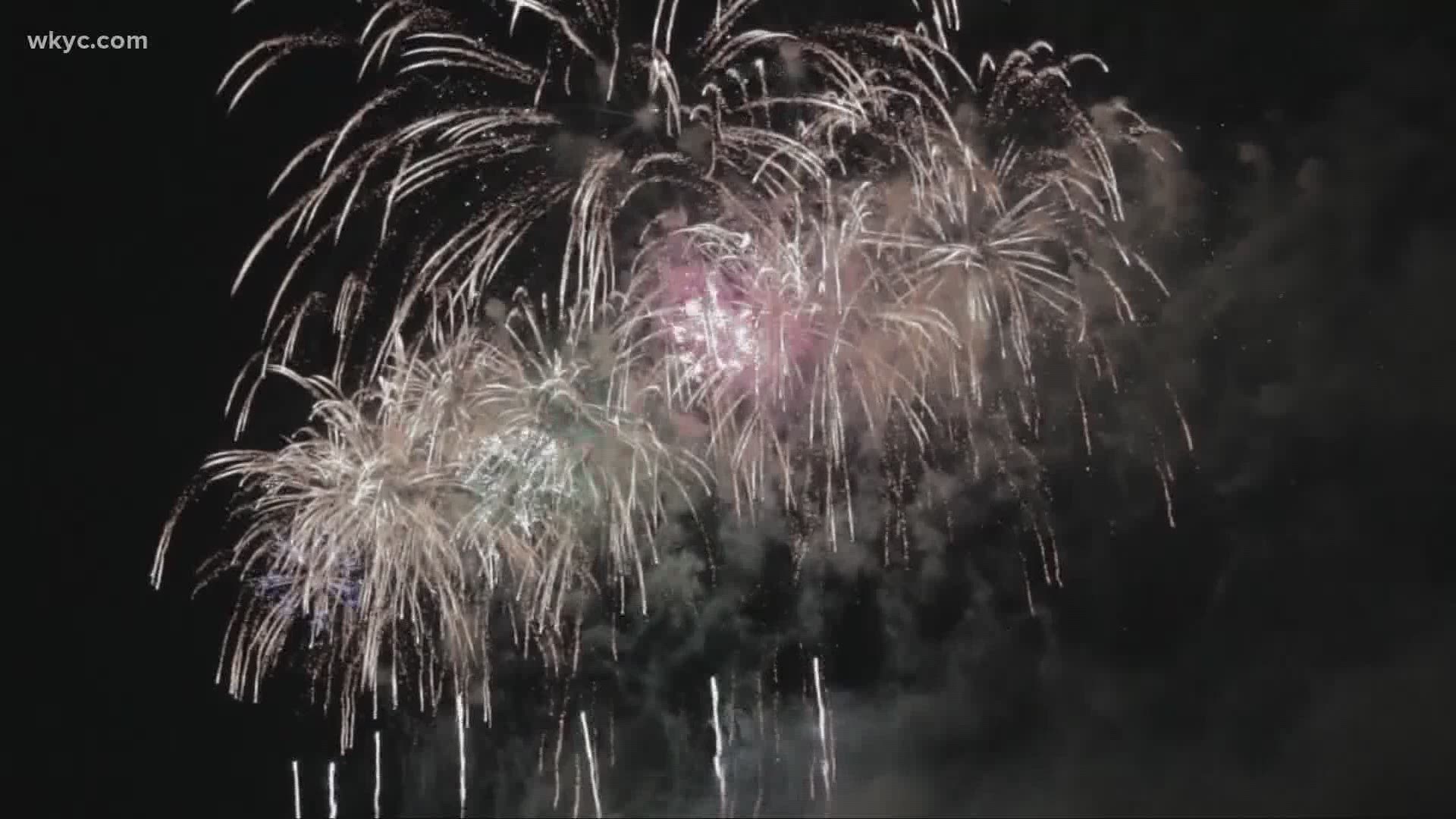 CLEVELAND — There is no shortage of independently Hooligan-produced fireworks displays all around the nation right now. But I’m guessing you’ve probably noticed that.

It’s always a thing,but it’s definitely more of a thing this year. And I thought I’d take a swing at figuring out why that is.

But first, many of you are probably saying right now, “Wait, Mike, I was under the impression that fireworks are illegal in Ohio.”

And you’d be right. And also wrong. And plus it might be changing. It’s very confusing. I’ll try to lay it out for you.

You see, the state enacted a law back in 1983 that allows you to legally BUY fireworks in Ohio but does NOT permit you to actually USE them OR technically possess them here, until you leave the state.

That’s right, the fireworks that you just bought? You can’t use them and they’re not yours yet.

At this point you’re essentially acting as a courier, transporting something that is not yours to its rightful owner, that owner of course being you but in a different state.

You legally have just 48 hours after purchase to get those fireworks across the state line at which point they become yours and and you can use them because no one cares what you do in Kentucky.

Now, there is currently legislation moving through the Ohio Senate that would allow people to both possess and use the fireworks that they buy in Ohio, in Ohio, but Governor DeWine has already indicated that he’s not in favor of the bill, and because he has veto power it’s a safe bet that we’re going to be sticking with this weird legal situation we’ve got going on right now, at least for the foreseeable future.

But of course, as both you and your dogs are very much aware, the state’s fireworks law is not what you would call “vigorously enforced” and none of this has ever really stopped Ohioans from engaging in amateur pyrotechnics in the past, and CERTAINLY not today.

You see, you’re right to believe that it’s happening more frequently right now. According to Cleveland.com, over the last two months fireworks complaints in Cleveland jumped from 167 in 2019 to 937 this year, with similar trends nationwide.

This has, predictably led to a number of colorful conspiracy theories that have managed to pick up some steam on social media, most of which involve a complex, sinister plot executed by either protesters, or the police, or the illuminati or the Jonas Brothers with the intention of creating confusion, fear and chaos through the excessive use of bottle rockets and Roman candles.

Now, there’s been no legitimate evidence presented by anyone, thus far, that confirms the validity of any of these conspiracies, but I totally understand where this comes from.

I don’t think it’s just that we’re hearing MORE fireworks this year, though we are, I also think we’re all, understandably, a little on edge right now, for a number of extremely valid reasons. We’re currently super attuned to any potential danger, which naturally makes constant, periodic explosions taking place near our yards, more noticeable than usual.

As to why there are so many more people USING fireworks this year, I don’t believe it’s very complicated. I think people are bored. We’ve all been cooped up for way too long. We’re sick of the inside of our houses and we’re sick of Netflix and Zoom meetings and waiting and more bad news and being scared and not knowing what’s going on And so we just. Want. To. Blow. Some. Things. up.

And I’m by no means saying it’s the healthiest way for people to be dealing with all of those stressors, I’m just saying that I get where it comes from.

And at the risk of romanticizing these first degree misdemeanors, the optimist in me also believes that some people are using these fireworks as a form of defiant celebration, as Americans so often have.

It’s people saying, in a very primitive way, “Guess what 2020, you terrible, terrible year, you haven’t beaten us yet!  We’re still standing! And we still have hope! And here’s some fireworks to prove it! I bought these but I don’t own them! Deal with it!

But that’s just my opinion. Now if you’ll excuse me, I’m now going to enjoy some TECHNICALLY LEGAL Ohio fireworks, in order to set a good example for everyone!

RELATED: Fourth of July fireworks can be traumatic for veterans with PTSD

RELATED: 4th of July eclipse to kick off busy month for astronomy fans