Your headlights can be problem for boaters after fireworks

Some of the boaters are unfamiliar with the dark conditions they’ll face when the fireworks are over. 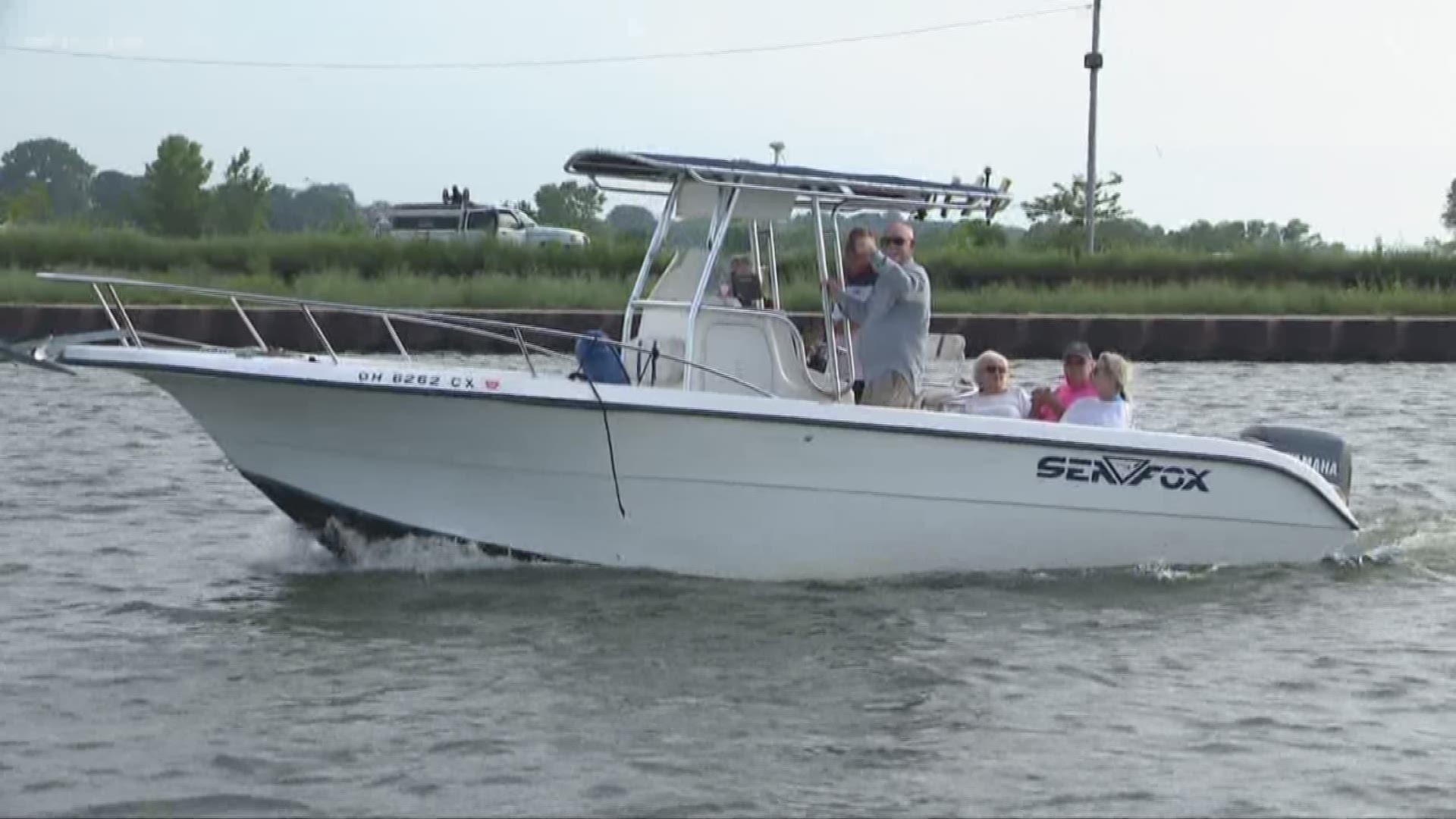 LORAIN, Ohio — This is huge week for fireworks, but there's something else lighting up the night sky that could cause trouble.

Spitzer Marina is a popular place in the city on the Fourth of July.

“I’ve lived in Lorain my whole life and this is a hot spot for people to come down,” says Tavenner.

“It’s a gorgeous location, it’s out over this beautiful marina, we have the lighthouse that’s out here and people love just coming down here.”

He expects up to of 300 boats out in the harbor and thousands of people on land.

GUIDE | 4th of July fireworks and festivities across Northeast Ohio

“We want people to enjoy it with their families and friends and be safe so that they can come back and do it again next year, he says.”

Some of the boaters are unfamiliar with the dark conditions they’ll face when the fireworks are over.

“It’s very, very dark, it can be scary if you’re not used to it, some of the boaters aren’t aware of the navigation rules with your red and green lights and you’re all around light.”

On top of that, there is additional light from cars turning their headlights on after the celebration is complete.

“And they’re [boaters] trying to come into safe harbor, they can’t distinguish between headlights, street lights and the navigation lights that are out on the walls,” says Tavenner.

He recommends boaters move very slowly once the fireworks display is over.

Tavenner admits he’s unsure what the answer is for drivers, “but maybe if somebody’s watching this and they can fire up their car and keep their lights off until they get in a safe direction, pointed away from the water that would certainly be helpful but I do want them to be safe on land as well.”

“Our hearts go out to the families but we want to make sure it doesn’t happen again.”

RELATED: The Thrill of the Grill

RELATED: U.S. Coast Guard encouraging boaters to be safe on the water on the Fourth of July holiday

RELATED: How to keep your pet calm during fireworks

RELATED: How do you know if it's safe to swim in Lake Erie?