Should you protect your plants during the cold snap?

With cold temperatures and snow forecasted later this week, should you take any precautions to protect your flowers and plants? 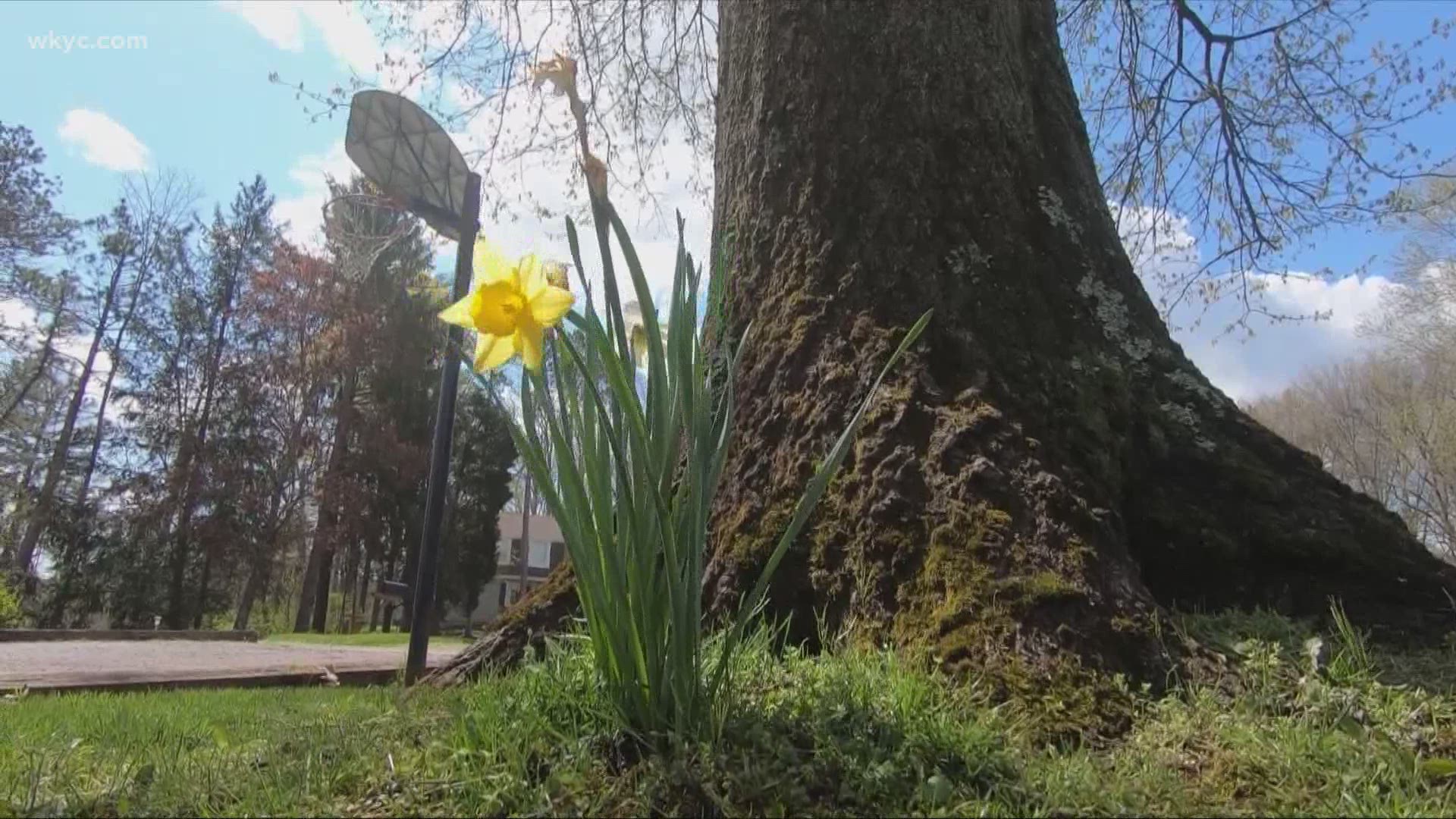 CLEVELAND — There’s a quick cold snap with snow potential forecasted for the Cleveland area later this week. So what should you do about your plants and flowers?

“It lasted through the winter,” says Amy Roskilly, the Conservation, Education and Communications manager at the Cuyahoga Soil and Water Conservation District. “If it doesn’t survive a cold snap for one night, it really shouldn’t be there.”

Roskilly says plants, flowers and trees that have been in the ground all winter long are built to survive a quick dip with some snow. She says that’s the importance of picking native plants to region.

“Everything survives,” says Roskilly. “It’s meant to grow in these climates where we have literally 80 degrees one day and 30 degrees the next day.”

However, it’s a different story if you have something new that hasn’t quite established itself. In that case, she suggests a little added protection.

Roskilly says, “I would suggest covering it up with a box or plastic bin for the night. They might want to put some leaves in there or insulation around it, because even though you put the lid over it, it’s still going to get cold in there. Then take it off the next day when it’s back up in the 40s.”

When it comes to gardens, things like peas, spinach, onions and other cold hearty vegetables should be fine. However, Roskilly says things like tomatoes, eggplant and peppers shouldn’t be in the ground until after the last frost. If you jumped the gun and already have them in the ground, you should leave them but protect them.

RELATED: Another dose of winter: Send us your weather questions

“I wouldn’t recommend taking it out of the ground and moving it somewhere, because once it’s in the ground, it’s starting to grow roots,” says Roskilly. “You don’t want to shock it anymore than you already have by popping it outside a little too early.”

You will want to be prepared for a change in your plants and flowers afterwards. They may not look their best the day or two after the temperature and snow. However, just like people in northeast Ohio, the plants are used to it and fight through it.

Here's a look at the upcoming forecast featuring snow in Northeast Ohio: