Chris Campbell was the longest serving employee at the McDonald's in Norcross. Just months after they celebrated his service at the restaurant, he passed away. 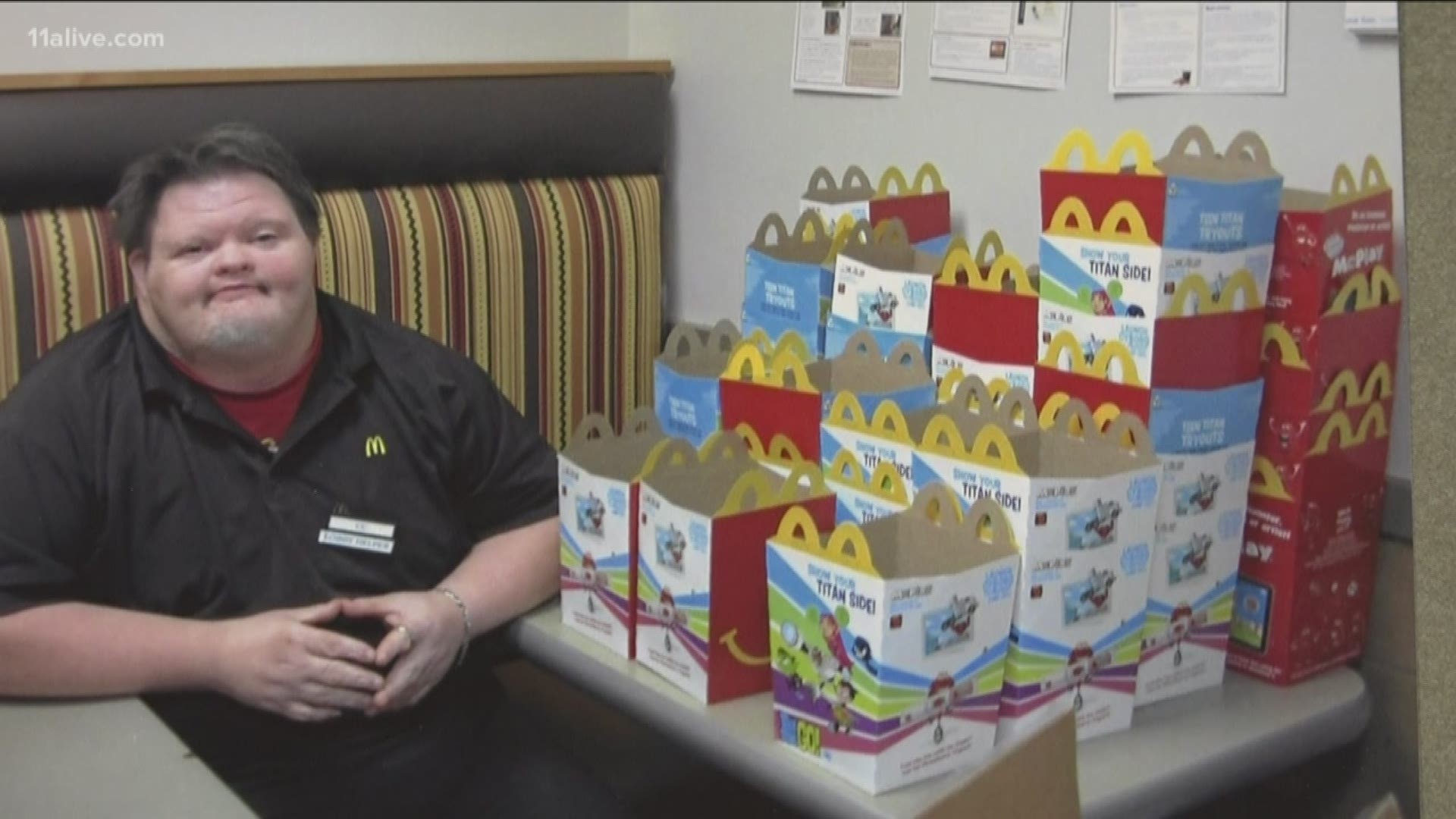 ATLANTA — For 27 years, Chris Campbell made Happy Meals at the McDonald's in Norcross.

His boss said he would always pack the toys with a smile on his face, knowing the smiles they would bring to the children who opened them.

We celebrated his dedication to the job just a few months ago on 11Alive.

But shortly after our story aired, Campbell passed away suddenly, leaving a hole in the lives of his coworkers, friends and family.

They had a celebration of his life at his McDonald's, and 11Alive's Kaitlyn Ross was invited to attend.

For 27 years, Chris Campbell's smile was the first thing customers saw when they walked in to the restaurant.

RELATED: Man with Down Syndrome honored for working at same McDonald's for 27 years

He didn't just bring his mom joy, he lit up every room he walked in.

It was 27 years ago, he was in the lobby of McDonald's, asking for his first job.

"The people at McDonald's opened up to him. It taught them to be kind to other people, and Chris loved all of these people at McDonald's. And the more he loved them, the more he loved them. And you can see in all the pictures how much they cared about him. They gave him the helping hand that he needed and then they gave him love, genuine love," she said.

His first job was the only job he would ever have.

He loved being a lobby greeter at the Norcross McDonald's, and took pride in the job he did every day.

His mother told 11Alive that he would take the handicap sticker off their car when they pulled up to work - he didn't want his co-workers to think he was any different than them.

RELATED: Man with Down syndrome, recognized for working at same McDonald's for 27 years, dies

"He was larger than life. He was loved not only by the employees, but he was loved by the customers," she said.

When Kellie Vandervur bought the restaurant and found out how long he had been there, she wanted to honor him.

When people asked why she would have a celebration for his 27th work anniversary, and not his 30th, she said, why not?

"Chris was here for 27 years and that's a huge impact," Vandervur said.

Turns out, the timing was just right.

Just a month after that celebration, Campbell died suddenly.

"Chris was an amazing son, and my best friend. I was so proud of him for all he did. And he will live in my heart forever," said his mom.

Campbell's mom said his first job was the doorway to a new life for him.

The self confidence he got working there lead him to join the boy scouts, and become a volunteer at his church.

He developed his own personal motto, "I can do this."

"I miss him very much. But I will see him again someday," she said.

They dedicated a plaque to Campbell at his celebration of life.

They'll hang it in the lobby of the Norcross McDonald's -- his favorite place to be.

'When I Grow Up': Powerful photos capture patients' dream jobs