A Cleveland man used the downturn during the COVID pandemic to make his business dream come true, and the gaming app he created allows all users a creative escape. 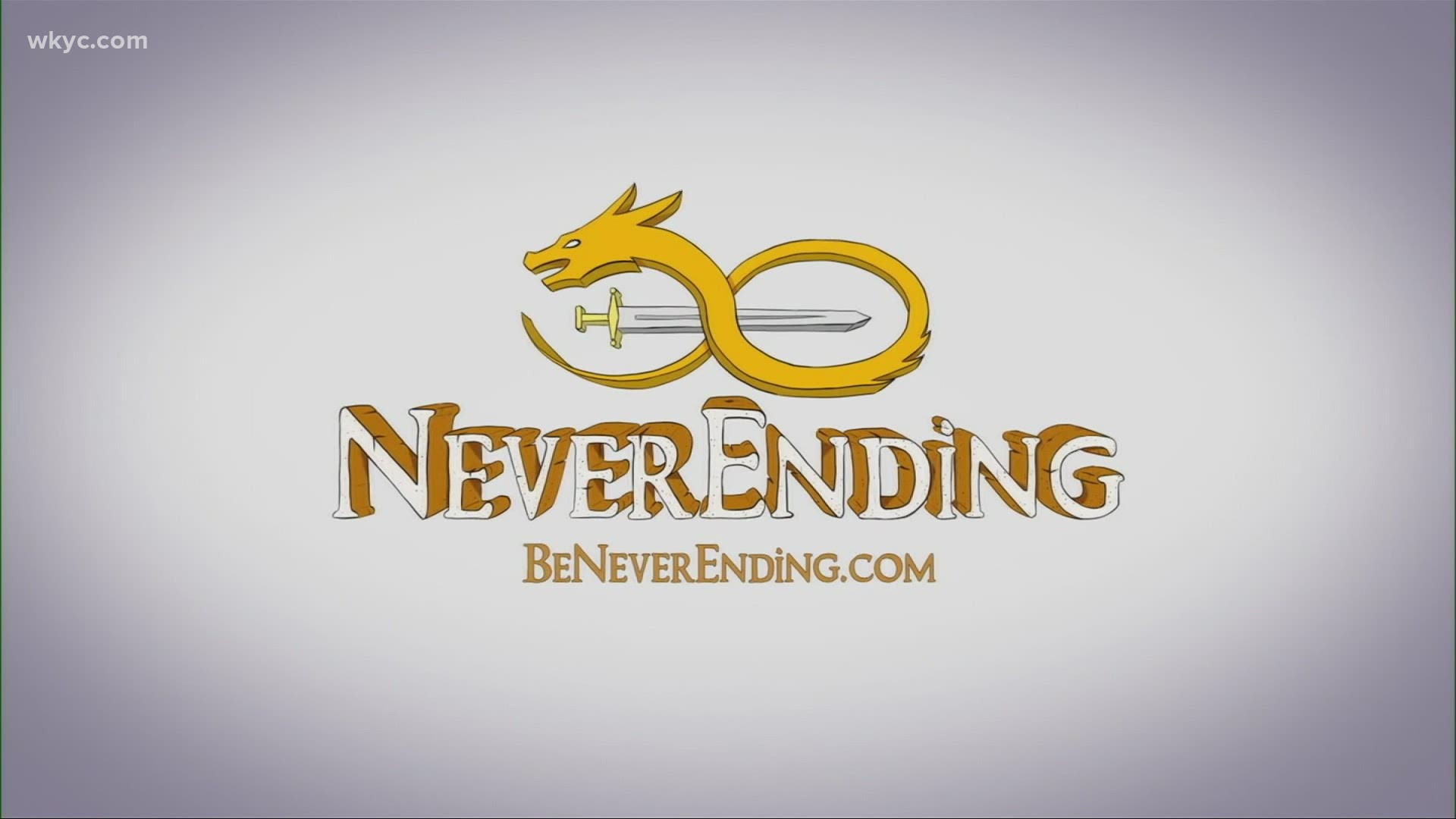 CLEVELAND — The past year proved to be a make-or-break situation for a lot of businesses and personal goals. People lost jobs and were isolated while some used their pandemic lockdown to make sourdough bread. Others, like Jamie Van Doren, took this as an opportunity to make a life dream come true.

“Storytelling has always been a big part of my life,” Van Doren says.

And he has quite the story to tell.

“I grew up extremely poor. My mom is intellectually disabled and my stepfather was a drug dealer. And I always had to envision a better future for myself.”

He grew up in Topanga Canyon, California, where the extremely poor was sandwiched between the mansions of Malibu and Hollywood.

“Things got really bad in California. I spent about a year homeless when I was 13. My mom and my stepfather were living out of their car and my mom called me crying, saying that my stepfather had hit her and pushed her out of the car and driven off. So I tracked down my grandfather in Michigan and made a collect call and I was like, ‘Hey, you know, we haven't talked in a long time. This is your grandson, but we need to come to Michigan.’ So they pulled together the money brought us back to Michigan.”

Van Doren escaped the situation in California, but wealth and opportunity were still an issue. So he found another escape as a teen: Gaming. First with an old-school Atari, then with tabletop gaming.

“All of a sudden it gave me a way to connect with people that had nothing to do with my background, nothing to do with how much money my family made, how dirty I was, you know, how dirty my clothes were, anything like that. It was literally about co-creating stories with other people. It was about sharing adventures around the table.”

Even though he worked hard to get to Ashland University, his financial situation caused him to drop out. He waited tables in Cleveland, worked in executive staffing and eventually got into and graduated from Case Western Reserve University in 2013.

But in 2020, Van Doren was out of a job after years in marketing. You can probably guess, not even a pandemic can hold him back.

“Had it not been for the pandemic, I probably would have just found another marketing position with a company but all those positions disappeared. Things dried up. People just weren't hiring. So, I talked with some friends and got this idea of ‘NeverEnding’ as a whole storytelling platform."

Van Doren and friends created an app called "NeverEnding," which is a platform where users can create their own characters, storylines and animated scenes. In just minutes, users can create a short video with characters who have different body types and culturally diverse features.

NeverEnding now has 14 employees and has nearly 3,000 users. The app is available in the app store, and Van Doren says he's gotten amazing support from Jumpstart Cleveland, but something as simple as downloading the app will help their company grow.