Navy hero honored for saving child, caregiver who had fallen into river

High honors for a Norfolk Navy lieutenant who didn't hesitate to jump in and save an adult and a child who were in trouble in the water. 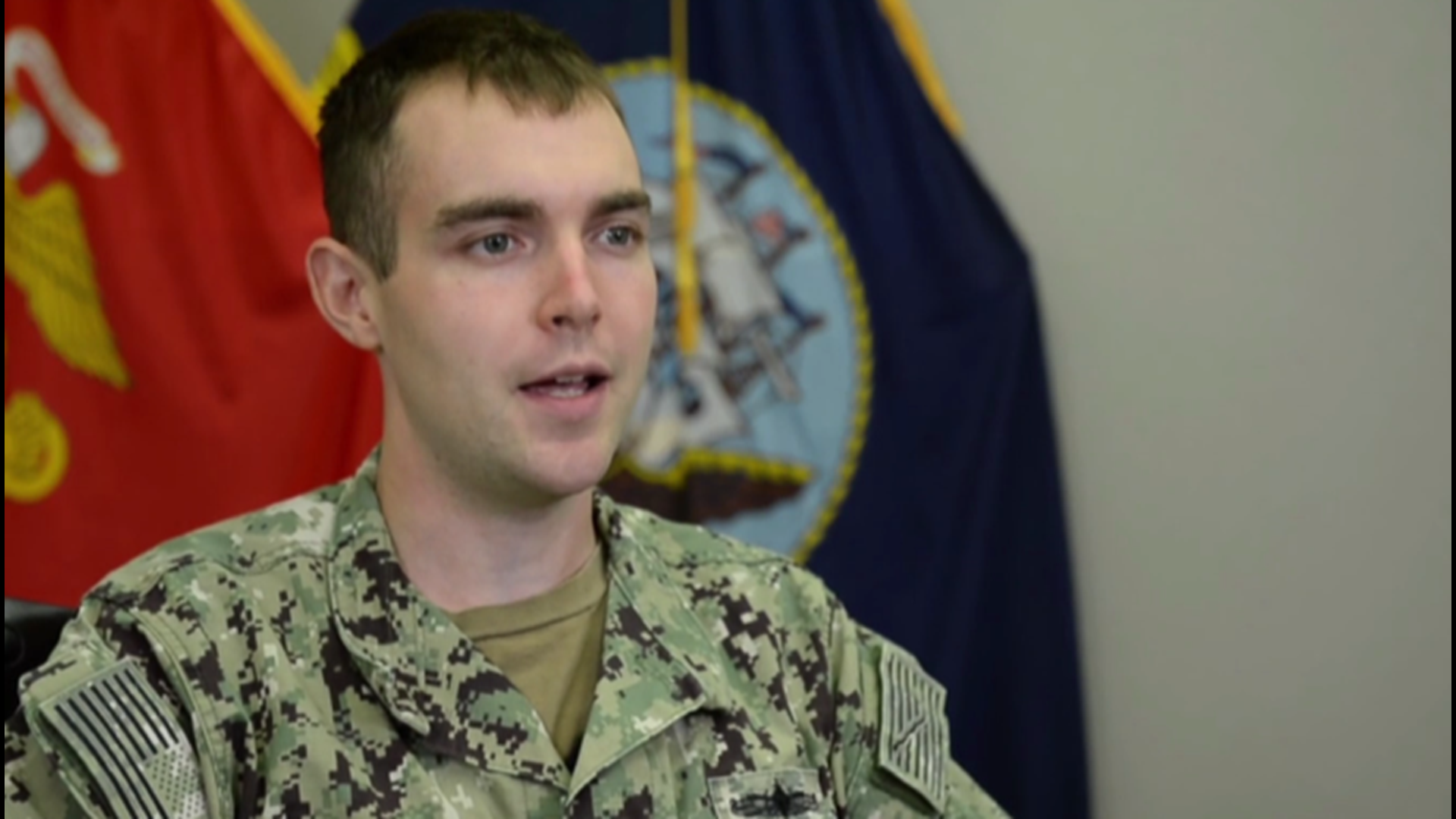 NORFOLK, Va. — A Navy lieutenant has been honored for taking action when duty called.

And he wasn't even on the job.

LT John Miller was out for a jog, along the Elizabeth River Trail. It's a path with which he's well familiar. The downtown Norfolk resident runs it three to four times a week.

"It was a hot evening in June," he said. "I was proceeding along the Elizabeth River Trail and I heard a splash. I turned around. I saw the empty wheelchair."

A disabled, non-verbal child and an adult caregiver had fallen into the water.

"There was really no hesitation," said Miller. "I knew that I had to act. So that's when I turned and sprinted back and was in the water before I knew it."

The Naval Warfare Development Command officer managed to grab the adult and child and get them to a ladder, even before the 911 responders arrived.

State Senator Jen Kiggans heard of Miller's actions and presented him with a thank you letter, while the Secretary of the Navy's office gave him the Navy and Marine Corps Commendation Medal.

His citation reads:  "By his quick-witted, courageous and selfless actions, performed without regards to his own personal safety, Lieutenant Miller upheld the highest traditions of U.S. Naval Service."

"There are people on a day-to-day basis that do things that are way more heroic than anything I did in that one singular instance," said Miller.

Perhaps. But there's nothing wrong with a little credit where credit is due.

Like it was that night, along the Elizabeth River Trail.