She is the county’s first she-sheriff, one of only six in the state of Ohio's history and one of less than 60 currently elected around the nation. 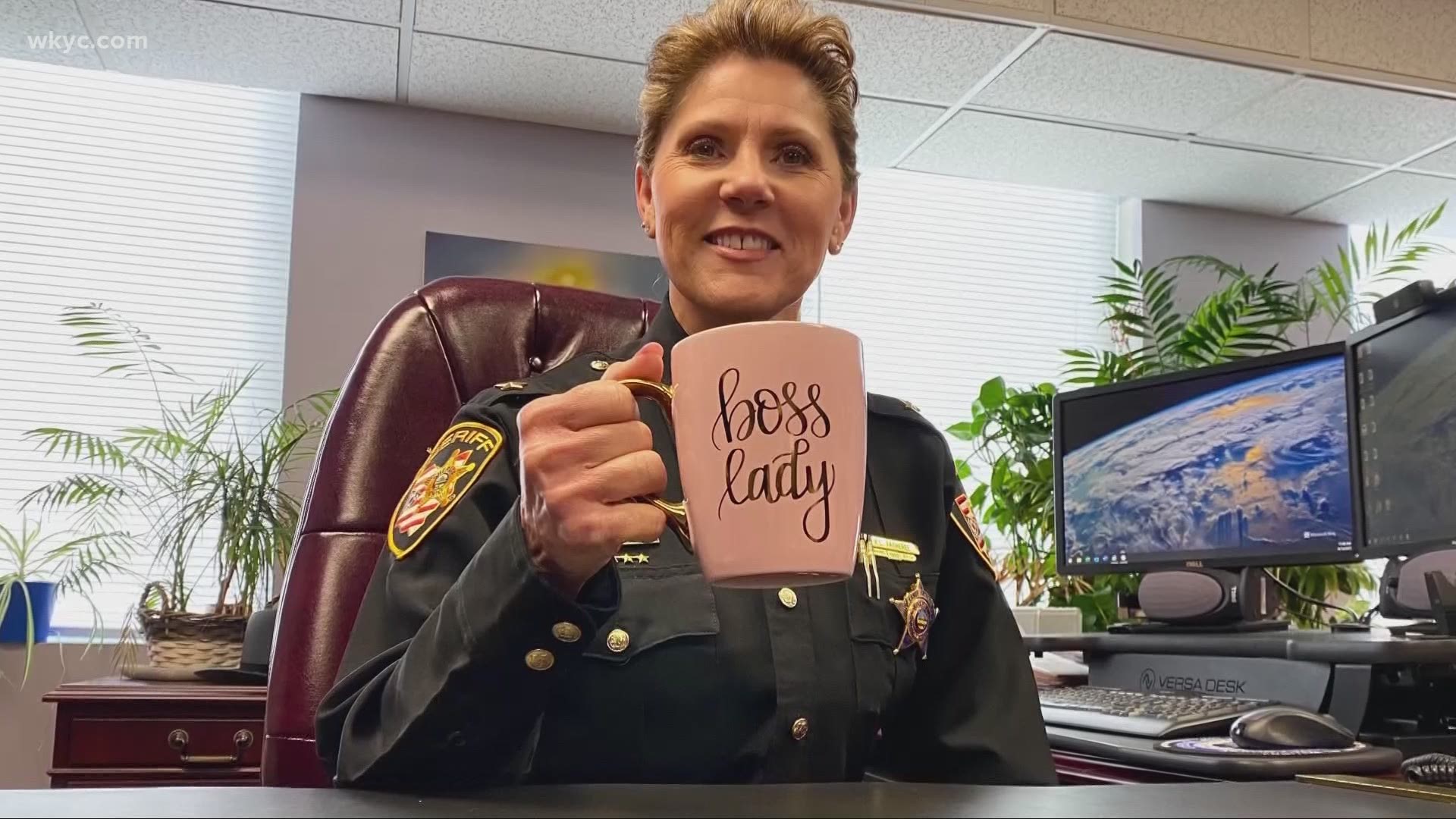 SUMMIT COUNTY, Ohio — "A boss lady is somebody who boldly chooses her own direction. She gets stuff done, she often strays from the conventional path and blazes her own trail. She often works towards a higher purpose outside of her own personal success." - Maggie Sullivan, author of "Boss Ladies of CLE"

Kandy Fatheree is Summit County’s first she-sheriff, one of only six in the state of Ohio's history and one of less than 60 currently elected around the nation.

Sheriff Fatheree was just sworn in this past January. Her 7-year-old granddaughter Anna held the family Bible during the ceremony.

"I wanted to give her encouragement and belief and strength and [let her] know that, 'Hey, you can do whatever you set your mind to,'" Fatheree said of her youngest grandchild.

Fatheree knows firsthand the importance of motivation. It was her own childhood that led her to police work.

"When I was a child, I was sexually molested for several years, from around the age of 7 to somewhere between 9 and 10 years of age," she said. "It was a man in my neighborhood, somebody who knew my parents. I never spoke. Ever. Never told a soul, but I knew when I was young that one day I wanted to grow up and I wanted to save other kids and other women from this ever happening to them."

When Fatheree was a divorced single mother in her mid-30s, she says she made the decision to go into law enforcement. After graduation from the police academy where she also met her now-husband, she worked for the Lakemore Police Department for two years before being hired in 1995 by the Summit County Sheriff's Office she now runs.

"I wanted to go after the bad guys and I wanted to help people," Fatheree said.

But of course, real life policing is not so straight forward, as officer actions and use of force are under a national microscope. At the same time, the county, like the city of Akron, sees rising crime rates.

"We've got some problems, and so we need to partner and start gaining the confidence of the neighborhoods," Fatheree said of community-police relations in Summit County. "The best way for us to do that is you've got to trust us enough to allow us law enforcement to come into the neighborhood ... but they want to know that when we come in that we're going to treat them fairly and equally and that it's not going to be a huge show of force, but a partnership."

Fatheree's already added a diversity head to the office to hire more inclusive deputies. She also says she has seen many of the county's most pressing issues play out in her own family.

"I lost two family members two years ago, a niece and a sister-in-law, from overdoses," she said. "Drug addiction has hit every family, and I don't think that there's hardly any family that hasn't been affected."

Among her priorities are to address gaps in the system for drug abuse, keeping people out of jail in step-down programs. She hopes to serve three terms, and says she has high hopes for the future.

"I will tell you that I truly believe that at the end of 12 years, we will be in such a better position than we are today, not just in the Summit County Sheriff's Office, but in law enforcement worldwide, and in our communities and our relationships," she said. "We have nowhere to go but up."