As Executive Director of the LGBT Community Center of Greater Cleveland, Harris encourages risk tasking, patience, and finding the power 'within.' 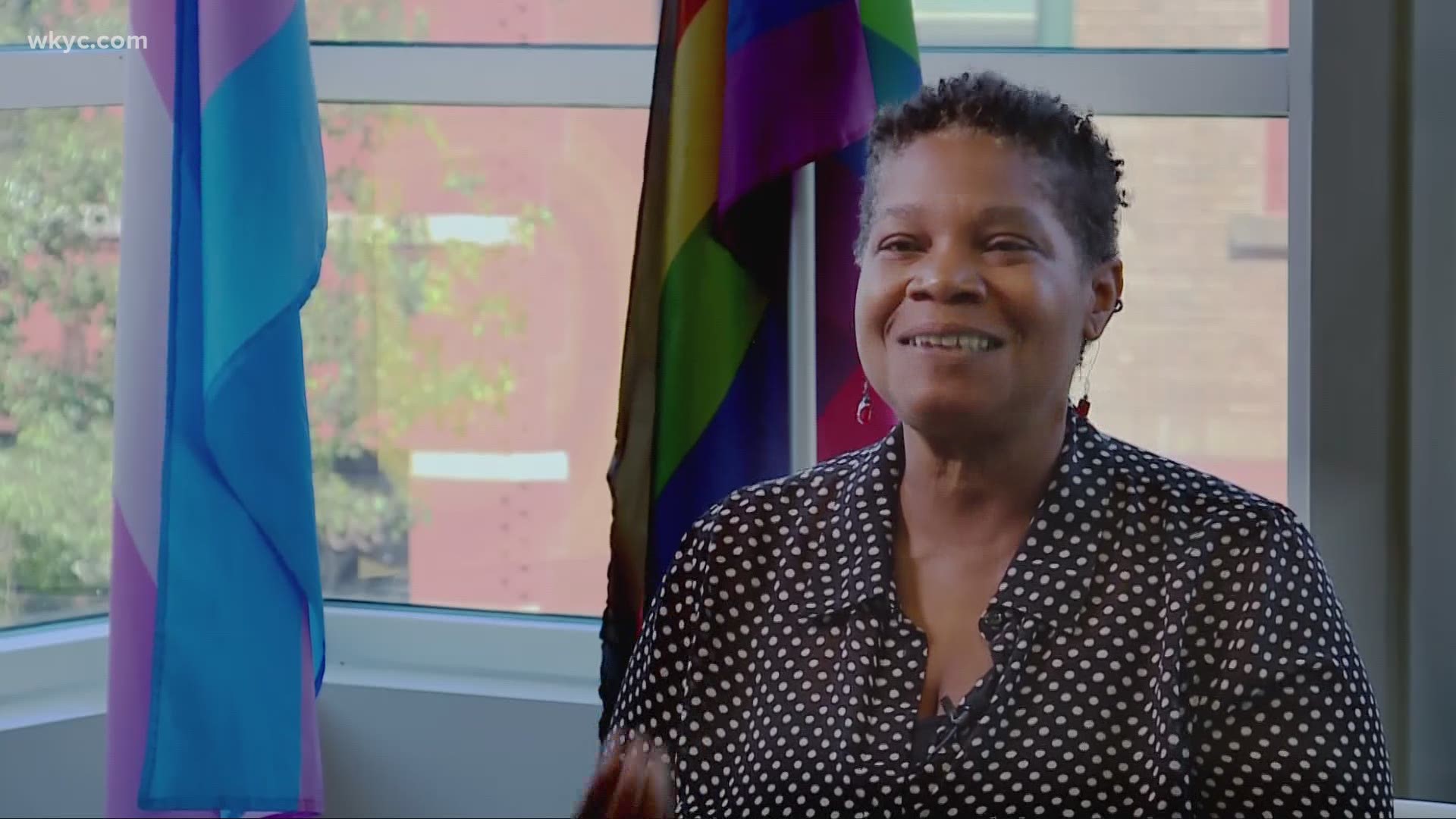 CLEVELAND — Phyllis Harris, or 'Seven,' as many call her -- might be an introvert - but she isn't shy about who she is.

"I have a little bit of sass...because I'm just like, yeah, that's Cleveland," Harris said with a smile. "I feel like I'm connected to Cleveland in that way."

For years, her star has been quietly rising here in Northeast Ohio. First recognized for her work at Planned Parenthood and the Cleveland Rape Crisis Center, and now in her role as Executive Director of The LGBT Center of Greater Cleveland for the last decade.

"I like to tell people that I don't work at the center because I am a lesbian. I work here because I'm a nonprofit professional. But, I knew that I could be my authentic self here."

Harris says she is proud that the Center is seen as an anchor for the LGBTQ+ community here in Cleveland.

But she recognizes there is still plenty of work to be done here in the region surrounding LGBTQ rights and empowerment.

"Pride is really about visibility and raising our voices and letting people know that, you know, this is not just a moment. Like I call it, it is a movement," she said. "And we need our allies and we need to build coalition and we need community, you know?"

Harris grew up on the city's east side, where she's now co-parenting her own two kids.

"We really are still family and really want to be representative of lesbian parents who do a great job and have amazing children. And I can tell you, I do."

Her own mother is still her inspiration for poise...and for grit.

"I grew up, you know, seeing my mom being helpful to other folks, I see way that she cares, you know, and things like that. And so that translates to how I engage with, um, folks that I might be working with," Harris recalled.

"You know, I said to her recently, I said, if nothing else, we absolutely learned our work ethic from you, me and my brother. We are worker bees, you know, we get things done. The idea is that you get up, you get out, you, you do your best."

No surprise, Harris encourages risk tasking, patience, and finding the power 'with.'

"As a nonprofit executive, you want people to think that you're good at everything, but I'm not. And so I encourage people to surround themselves with other people who have stronger, talent in areas that I might not have and not to be afraid of that," she said.

"I think I learned that, um, at the Rape Crisis Center, when I worked there. Power with is what they used to say. You know, we have power together and I've carried that out throughout my career. And I try to teach it as well."