Family, friends and the firefighting community came together to remember and honor Lt. Richard Petras nearly one year after he died from the coronavirus. 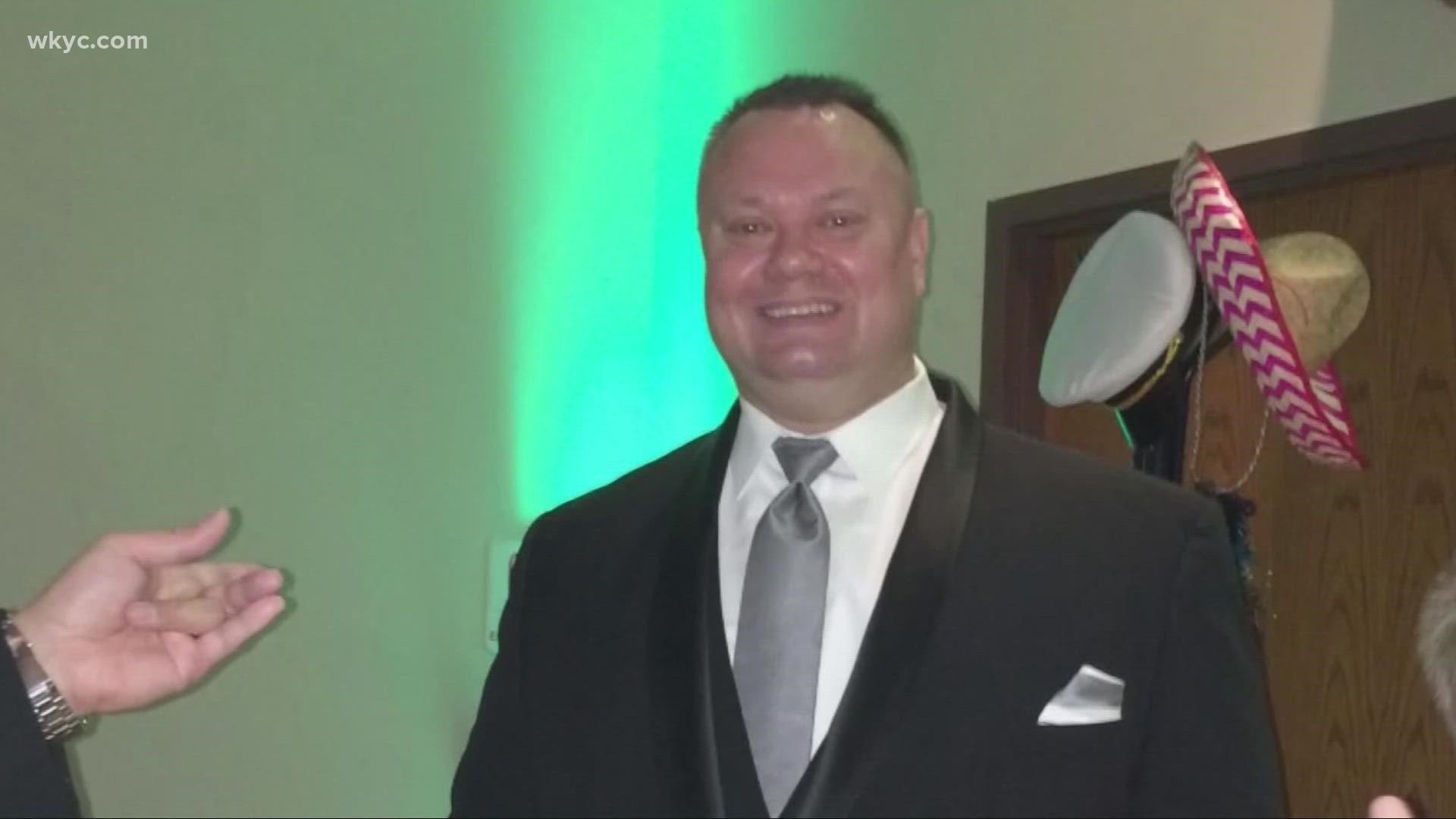 CLEVELAND — It was an emotional day for the Cleveland firefighter community, as they came together to remember one of their own.

Lt. Richard Petras was honored at the West Park Police and Fire Fighters Memorial, nearly one year after he lost his battle with COVID-19.

"He had a huge heart," Lt. Stephen Hutchinson told the crowd Saturday. "He would do anything for you at anytime."

Petras was a firefighter who dedicated 26 years to serving his community, before the coronavirus took him away last August.

"Rich was a very healthy guy and just ... one bad morning and that was it," Jill Petras, Rich's widow, said.

"You work with somebody for that long, you live with them, eat with them, sleep with them," Hutchinson added. "It's just devastating."

Petras worked at Engine 30, where he did a lot of cooking, was on the softball team and was a dedicated public servant. He was also a family man.

"He was a wonderful firefighter, wonderful husband," Jill said. "We have two daughters, Ashley and Amber, and the two girls were everything to Rich."

On Saturday, Petras' name was etched into the memorial as those closest to him read poems and spoke about what he meant to the community. His absence continues to leave a larger than life, firemen-sized hole in the hearts of those who knew him best.

"We're here with my family, friends and community just to support him and support the fire department and celebrate his life," Jill Petras stated.

"I miss you, Rich, and life isn't the same without you," Hutchinson said.