Faces of COVID: Finally home after 83 days in the hospital

“I’ve learned we really aren’t promised tomorrow and we are going to live like tomorrow may not come.” 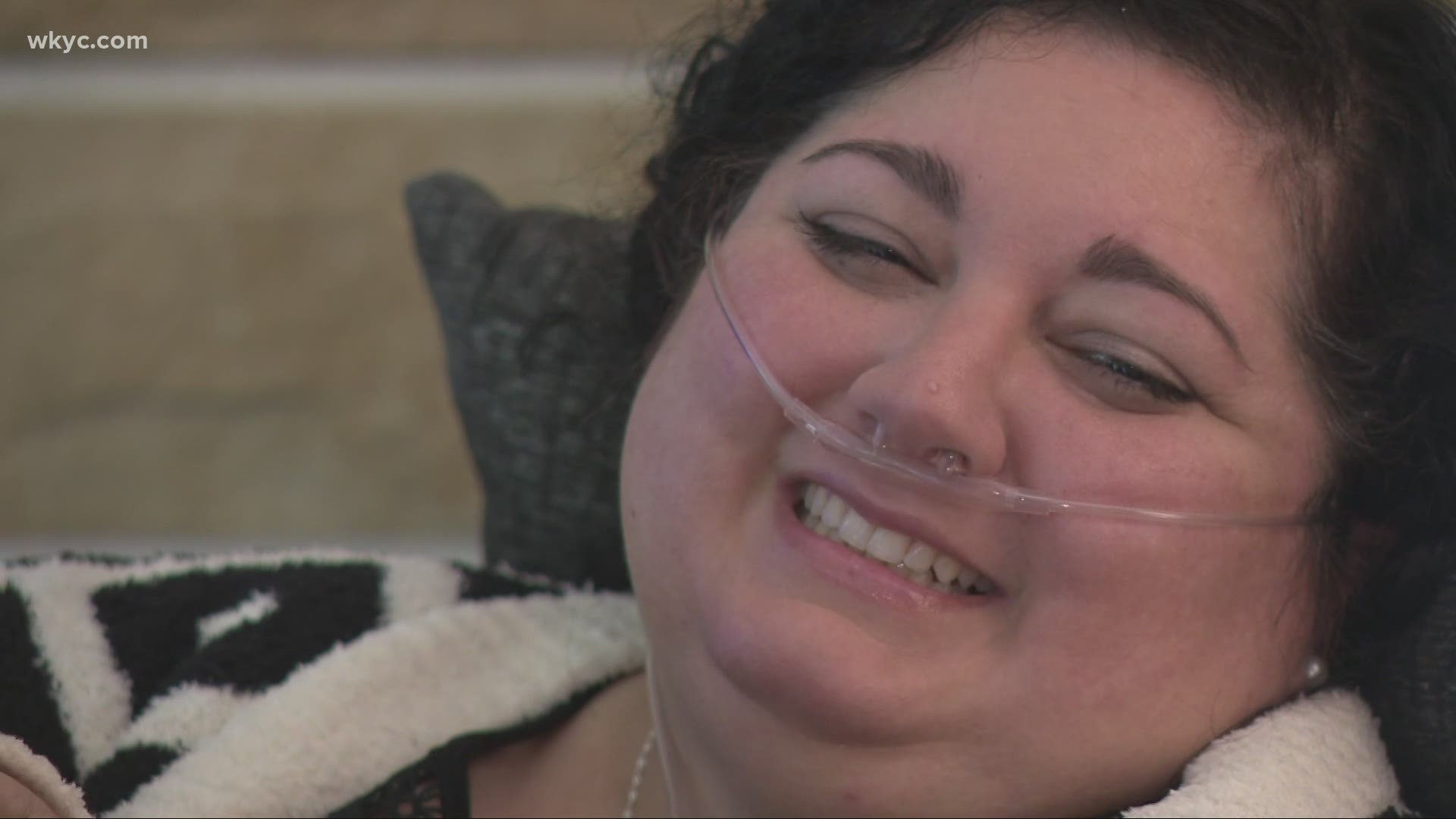 NORTH CANTON, Ohio — A North Canton mother is finally home after battling the coronavirus in the hospital for three months.

Angela Leach lost so much while sitting in the hospital bed-- including any memory from her days in the intensive care unit. However, more than that, she also lost her mother to the virus.

“I’m not a person who gets scared easily but this was the most terrifying thing ever,” said Leach.  “I’ve accepted that I had COVID, I’ve accepted that a few times they didn’t think I’d make it. But I haven’t quite accepted that my mom didn’t. I think I thought we did everything else together and we’d heal from covid together.”

The difficult journey for the Leach family started back in April.

They were packed and ready for a vacation to Georgia but Angela’s mother started experiencing COVID-19 symptoms. Everything came to a stop when Angela’s mother, Angela and her husband Matt all tested positive for the virus.

Shortly after that, Angela’s mom was put on a ventilator, then Angela followed the next day. After 23 days of sedation, Angela woke up.

“It was very bizarre to wake up and nothing moved but my toes and I was like, what’s going on? And it wasn’t really until I looked at my nails, that was a dead giveaway, I keep short nails and I was like oh my.”

Just days later and on her 15th wedding anniversary, her husband arrived at the hospital with tragic news – Angela’s mom was never taken off the ventilator. She was another victim of the coronavirus.

RELATED: Faces of COVID: The pandemic killed her son, even though he never had the virus

Meanwhile, Angela is still fighting her battle with covid, a battle her mom couldn’t win but she knows she has an angel rooting her on.

“My mom was my best friend,” said Angela. “I’ve learned we really aren’t promised tomorrow and we are going to live like tomorrow may not come.”

Today, Angela suffers from short-term memory loss also known as ‘covid brain’ and she continues using oxygen while recovering at home with her children.  She thanks all of the health care workers at Aultman hospital where she continues to rehab.

Anyone who would like to contribute to the GoFundMe set up for Angela and her family can do so here.

Editor's note: The video in the player above is from a story published in April 2021.