Northeast Ohioans are reminiscing about watching the Michael Stanley Band play at top locations like Blossom and Richfield Coliseum. 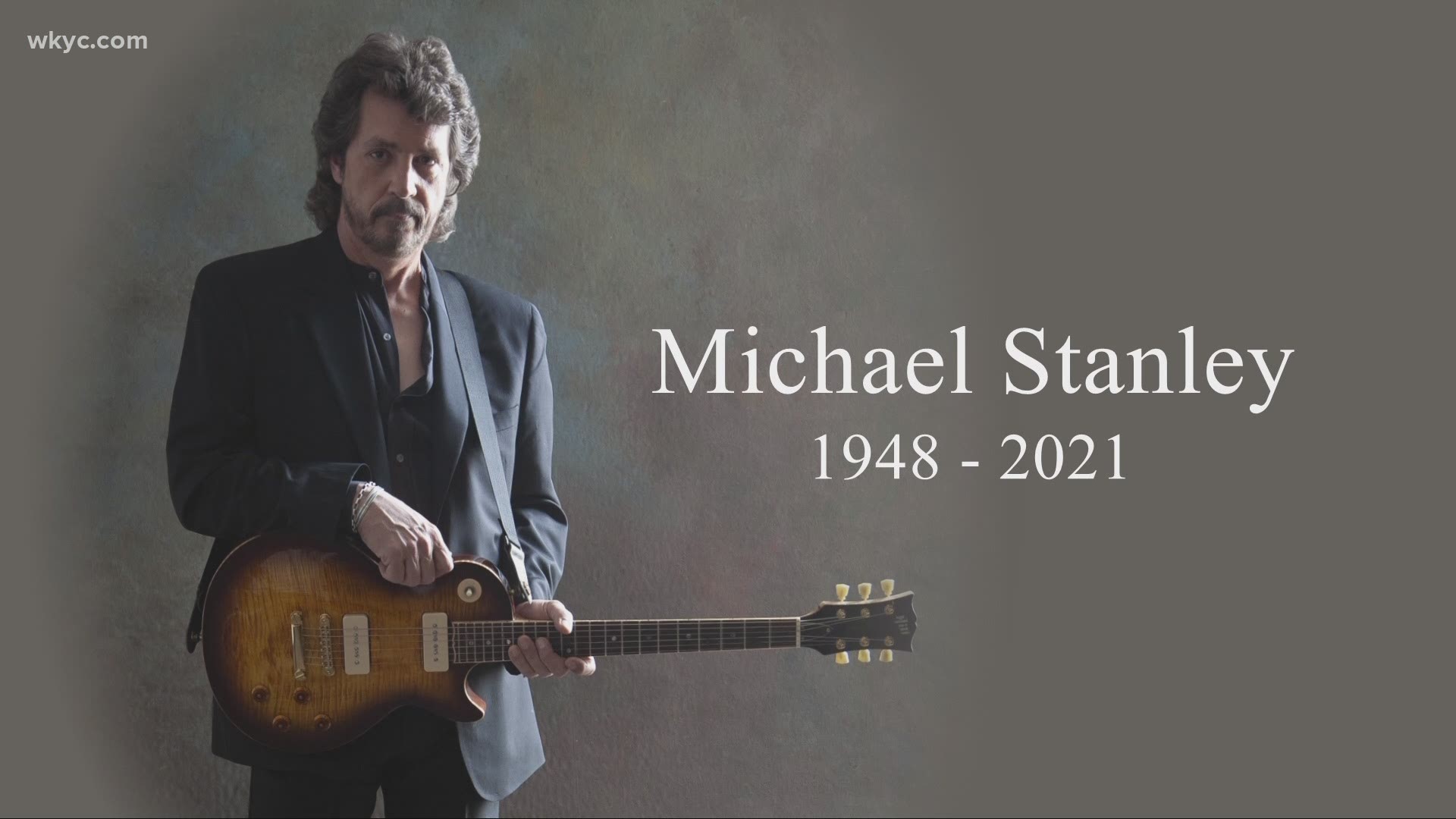 CLEVELAND — Many had seen the news coming for some time, but it didn't make it any less heartbreaking.

Cleveland rock and roll legend Michael Stanley died Friday at the age of 72 following a months-long battle with lung cancer. The Rocky River High School and Hiram College alum made a name for himself locally and nationally as the frontman for the Michael Stanley Band, and later hosted the afternoon drive slot on 98.5 WNCX for more than three decades.

Those of a certain age in Northeast Ohio likely saw MSB play live at least once, and probably several times more than that. Beyond his musical and radio talents, he will be remembered as a kind and generous man who was "a loving father, brother, husband, [and] a loyal friend."

Stanley even wrote a letter to his fans in the days before his death, saying he was "off to catch up with that big club tour in the sky" and thanking all those close to him "for being a part of my musical journey."

Reaction to Stanley's passing was virtually instantanious, with celebrities, organizations, and 3News viewers sharing their favorite memories of his iconic life and career.

So Incredibly Sad To Hear The News About The Passing Of Yet Another Cleveland Legend My Good Friend Michael Stanley 🙏🏻 pic.twitter.com/oBnRtKSr0s

Just hearing the sad news about Michael Stanley. He was such a legend. Rest In Peace. ❤️🙏

RIP Cleveland’s beloved musician, songwriter #MichaelStanley. His heartland music resonated with legions of listeners. His music brought the community together, helping to make our city the Rock & Roll Capital of the World & home to the Rock Hall. We will miss Michael dearly. pic.twitter.com/VN6TjxOS2X

Our city has lost a wonderful ambassador. I have lost a friend. Thankful for time we had, and I’ll remember the stories forever. We’ll miss you, Michael Stanley. Until we meet again.

We are very saddened to hear of Cleveland Legend Michael Stanley's passing. Our thoughts go out to his family, friends and fans.
This Town will always be Michael's town. pic.twitter.com/P89uXCyDau

Rest In Peace, Michael Stanley. A Cleveland legend. Thank you for the passion and joy you helped us feel and celebrate with your music and caring for The Land. We will miss you greatly. #MyTown pic.twitter.com/COSyv44BiM

God’s speed Michael Stanley. Truly in Heaven now more than ever they have a heck of a band. RIP Brother.

Remember my Ohio State roommates raving about Michael Stanley, and I was like, 'Who?' Grew to appreciate his music and what he meant to so many Northeast Ohioans.

Oh, did I love him, like all of you did, too. 8 concerts from the front row to Blossom. Thank you, Michael, for the incredible soundtrack to growing up here: Legendary Cleveland rocker and radio personality Michael Stanley dies at 72 https://t.co/pYJHfehaci via @wkyc #msb

Celeb deaths usually dont hit, but there is something about this one. Its almost like he was the soundtrack of my youth. Damn.

Michael Stanley gave us something to be proud of when not a lot was going right in the Land. Rest In Peace. Your music will live on forever !

First concert I ever attending was MSB with Donnie Iris opening at the Richfield Coliseum... was the coolest kid in 8th grade. RIP Michael

MSB was the very first concert 🎶 I attended as a freshman in high school at Blossom Music Center in 1980. Hooked ever since. 💕 RIP

Let’s hope the Indians honor him at the home opener with “My Town” when they take the field.

RIP Michael Stanley, and the music of our childhood. From the Browns' preseason concert, old Municipal Stadium... pic.twitter.com/iL1kRP1DdE

As a kid driving over from Youngstown with my dad and brother to the Coliseum to see Price Ehlo Nance Hot Rod and Daugherty (and Harper, not Ferry!), part of the experience was hearing this before tip off https://t.co/Z7WlfWjpgV

My first concert. I once jumped on stage and held his leg while he sang Why Should Love Be This Way. Got the hell beat out of me by the bouncers. Omg. I’m devastated. 💔💔💔

Saw him play at Padua High School, Blossom, the Coliseum, The old Stadium. Great memories. Feels like a part of Cleveland is gone. Thank God for the man who put the white lines on the highway. RIP Michael.

Loved him. Saw him in downtown Canton around Hall of fame years ago. We laughed at how we couldn’t hear afterward for a couple of hours. Will truly miss him.

Got hooked on the music when Stagepass came out. Great songwriter, entertainer, and human being. Some many great Coliseum concerts. 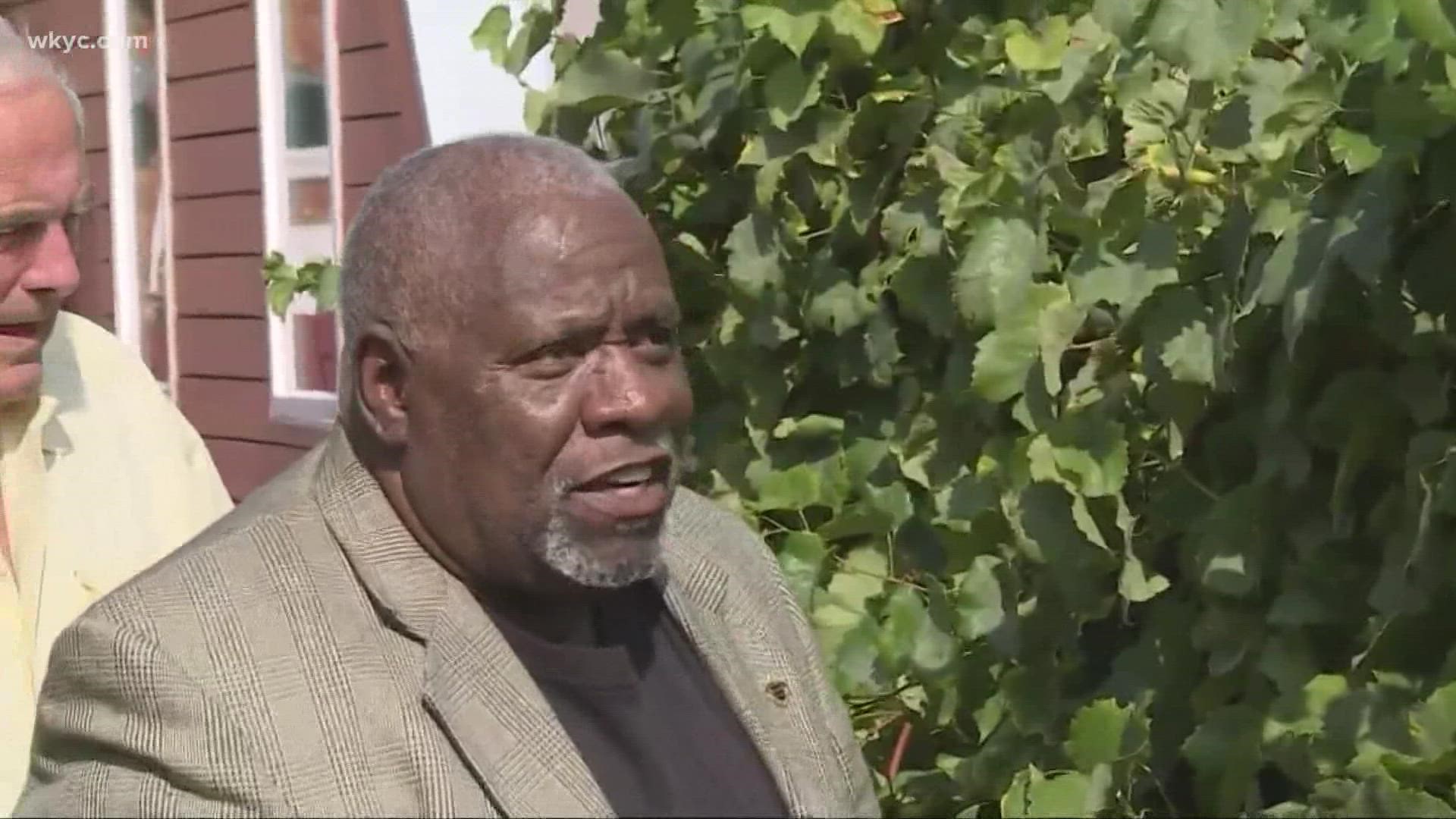