Meyer grew up in Ashtabula before becoming one of the most successful coaches in the country. 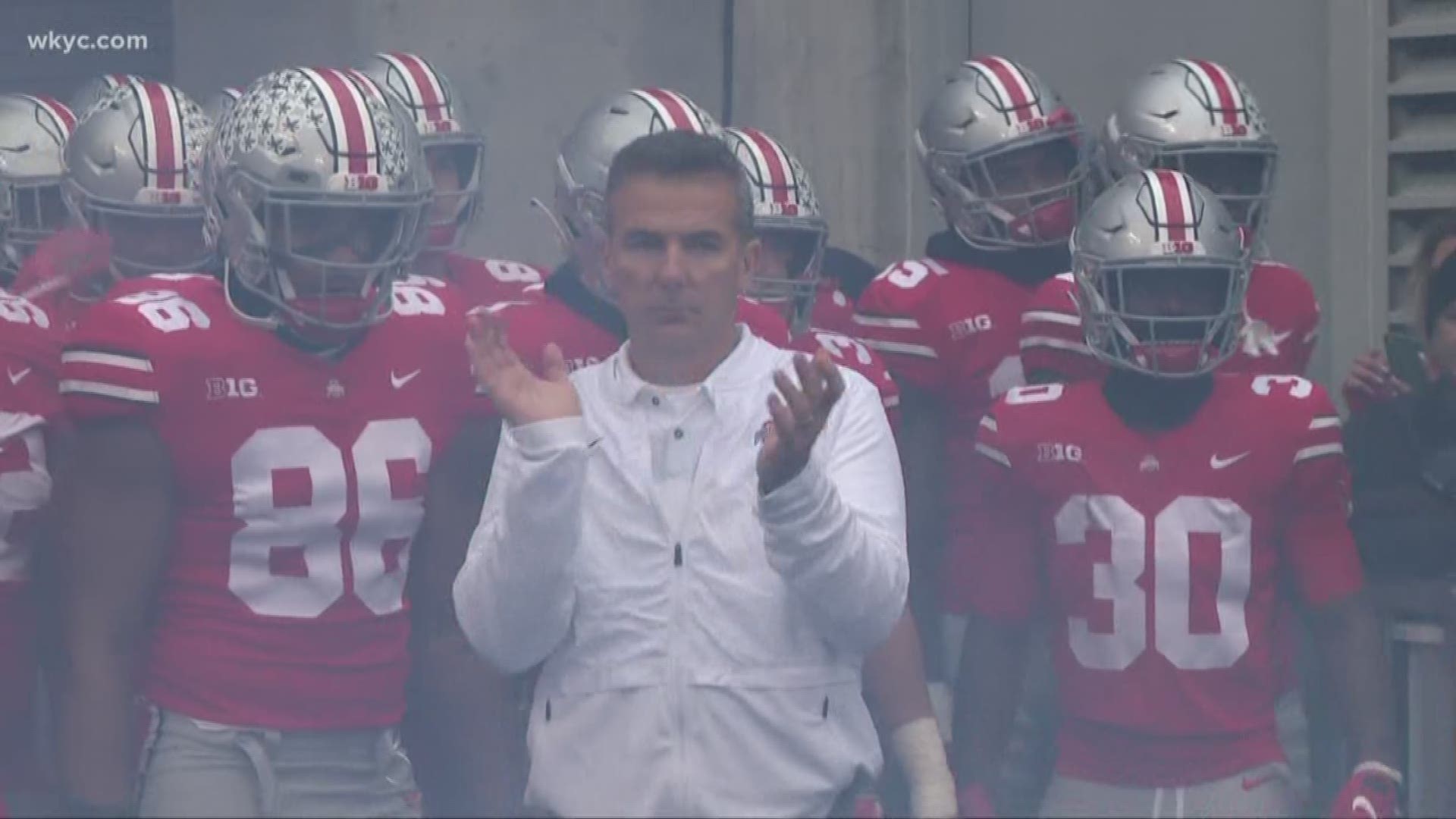 CLEVELAND — His life was shaped in Northeast Ohio. Tonight, that community will forever immortalize him.

Former Ohio State football coach Urban Meyer is set to be inducted into the Greater Cleveland Sports Hall of Fame tonight during its annual ceremony. The hall honors those who have either made a significant impact on local sports or native sons and daughters who made their mark here or elsewhere.

Born in Toledo, Meyer grew up in Ashtabula and played football at Saint John High School and the University of Cincinnati. His college coaching career began in 1986 as a graduate assistant at OSU under Earle Bruce, and after 15 years working his way up the ranks he got his first head coaching job at Bowling Green in 2001.

Meyer had success at both BGSU and Utah before winning two national championships during his six years at Florida, where he also coached Heisman Trophy winner Tim Tebow. The accolades made Meyer one of the best coaches in the country, but his health and personal life were taking a toll, and he resigned from the Gators following the 2010 season.

After taking a year off to regroup, Meyer accepted what he called his "dream job" in 2012 when he became head coach of the Buckeyes. He would go on to lead the team to unprecedented success, going 83-9 with three Big Ten titles and a national championship while also seeing a number of his players become top NFL draft prospects. His .902 winning percentage is the highest in school history, and he was 7-0 against archrival Michigan.

With his health again declining, Meyer resigned after the 2018 season and now works as an OSU athletic administrator and television analyst. His reputation had taken a bit of a hit after he was accused of covering up domestic violence allegations against a former coach (Meyer was eventually suspended for three games), but his legacy as a coach remained mostly intact. In 16 seasons as a head coach, Meyer won 187 games, eight conference titles, 11 bowls, and three national championships. Only he, Pop Warner, and Nick Saban have coached No. 1-ranked teams at more than one major school.

Meyer joins Jim Tressel as the only two OSU football coaches to be in the Greater Cleveland Sports Hall of Fame. Five others will be inducted with him Wednesday night: