Steve Sullenberger delivers more than Christmas letters as a mail carrier in Lakewood. His diligent, kind, and friendly soul leaves an impact on everyone he meets. 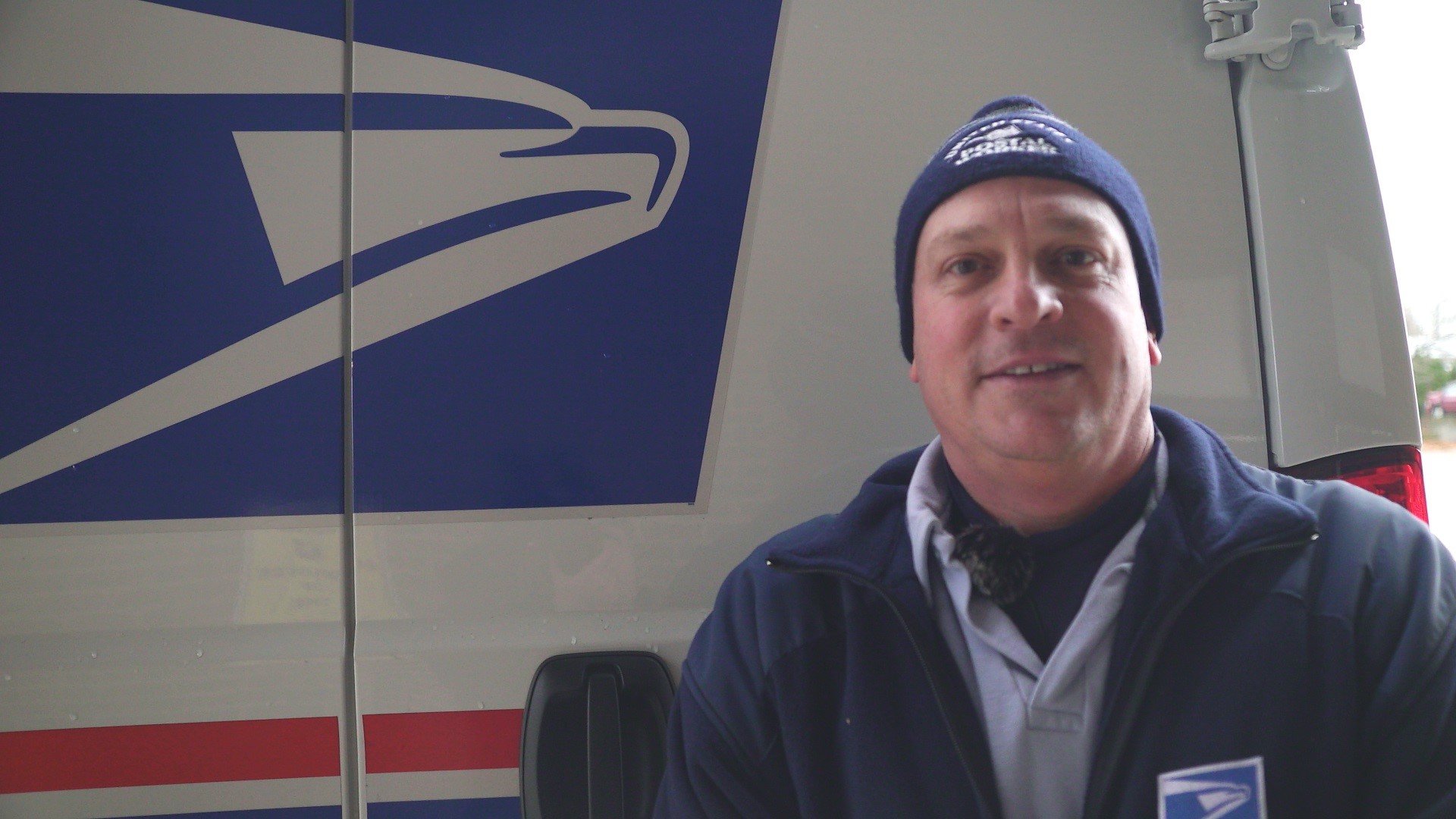 LAKEWOOD, Ohio — Christmas Day is full of smiling childrens' faces as they open their gifts from Santa. Of course, the only way he knows what they asked for is by the letters to Santa they carefully write each year. While Santa, Mrs. Claus, and the elves get all the credit for making that happen, the city of Lakewood might tell you to thank Steve Sullenberger as well.

Sullenberger has been the neighborhood USPS mail carrier there for almost 11 years. It's also his childhood home. He's watched families celebrate their first Christmas with a new believer in the big guy from the North Pole. He's also seen those eager little faces grow up into high school graduates.

It's always been about more than just leaving letters in a mailbox for him. Sullenberger is a military engineer veteran who takes pride in any task he is asked to complete. Serving in Colorado for four years right after high school, he did everything from diffusing bombs and land mines, to building roads and bridges.

To many, his current title of mail carrier is as distant as the North Pole from disabling life-threatening weapons. To Sullenberger, it's better than the best Christmas gift. It's the next best way to serve his country.

"Getting the job at the post office was very joyful for me. I know we're not doing what the men and women are doing over there, and what I had done earlier, but I still feel it's a way we're serving the public. The only entity in the world that goes to every house every day," he explains.

The military also taught him core values he holds steady at his post office post, and as a football and track coach at Lakewood High School. Sullenberger arrives at the Lakewood post office on Warren Road at least 15 minutes early every day. He is a “customer connect” representative, helping drum up new customers for his branch. His athletes respect and celebrate him. If he comes back late at the end of the day, it's because he stopped after his last delivery to help a family in need. He believes stopping and saying hello can completely turn someone's day around.

"It's the extreme weather that really puts a burden on a mail carrier, " Sullenberger says. Though he loves his job, Sullenberger explains it can still take a toll. He's protected his customers' mail through many treacherous weather conditions. "We have to try out best to keep that mail dry in big blizzards and snow storms."

Sullenberger has also had several injuries and surgeries. His daily six-mile route led to knee surgery and plantar fasciitis. He's also encountered his fair share of startled dogs. But for every bad day, there are 10 better ones.

"There's days that are 75 [degrees] and sunny in beautiful Cleveland, Ohio, and you're like 'wow, they are paying me to do this.'"

The holidays are his busiest time. He carefully manages hundreds of packages and letters that start piling up before Thanksgiving, and don't stop until after New Year's Eve. USPS estimates a projected 800 million package deliveries in that time frame. They contain Christmas presents bought online, annual holiday letters sent to distant family, and those all-important letters to Santa.

"It's always joyful to give a package to somebody. It could be Aunt Sue from California sent it to Cleveland, Ohio and they get very excited because they know what's in there, Sullenberger says. "So that gives us a lot of joy as a mail carrier to make sure we're delivering that type of stuff, especially to get it there before Christmas."

"HARDWORKING CLEVELAND" is WKYC's digital web series looking for the hardest workers in town. Are you a hardworking Clevelander? Email hardworking@wkyc.com "