HARDWORKING CLEVELAND | All Cut, no Quit at El Dorado barbershop

The neighborhood barber is open for haircuts and advice. 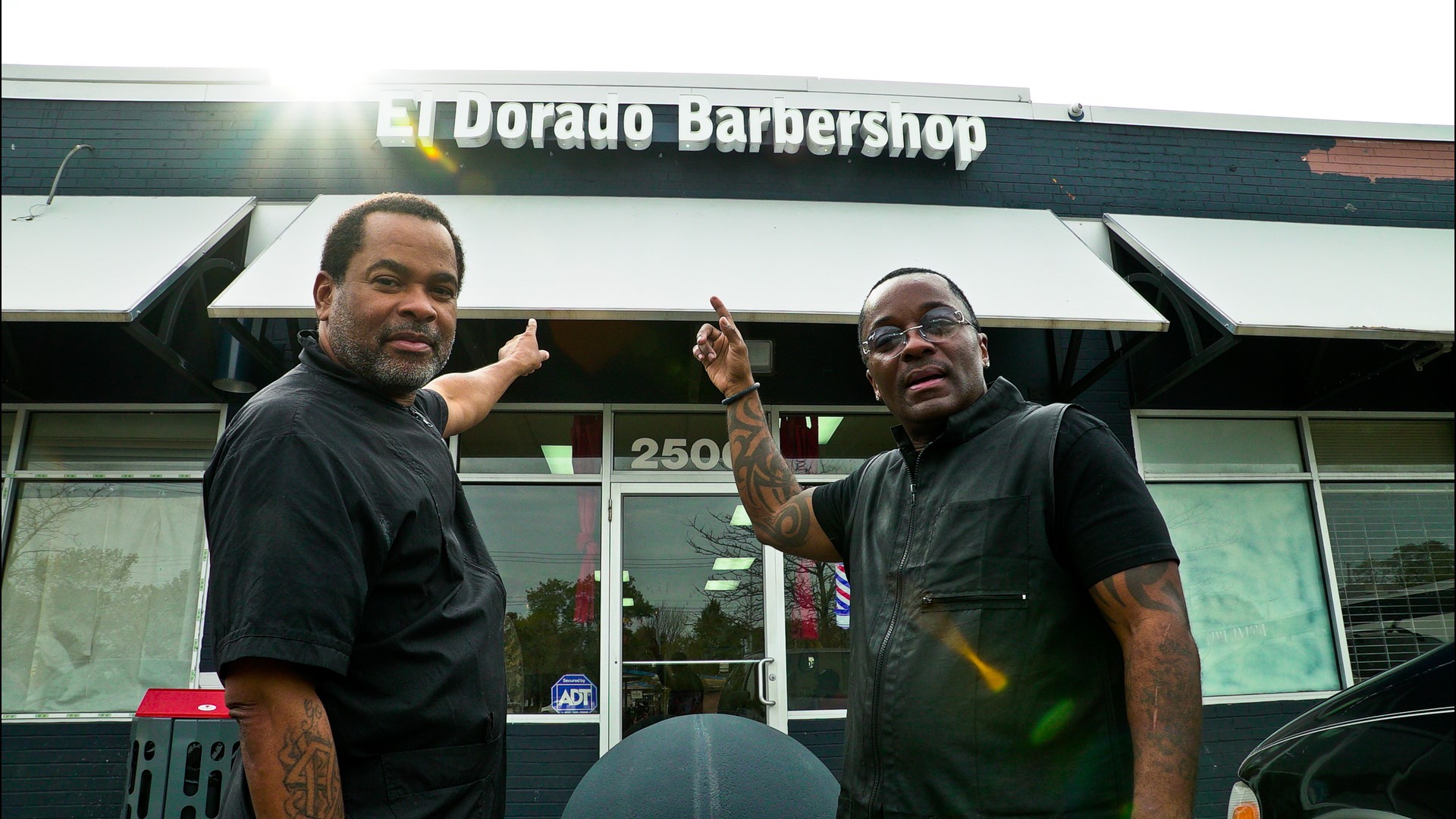 CLEVELAND — Ben Cooper grew up in the King Kennedy apartment towers on Cleveland's east side. He didn't exactly know what he wanted to do when he grew up, he just didn't want to answer to anybody.

And he's made good on that desire, now giving answers and advice to everyone who sits in his barber chair at El Dorado barbershop.

You can't find the shop online. There is no website, no Facebook page. El Dorado has withstood social media and big advertising, simply because it's the neighborhood barbershop, and Ben is the trusted man with the sheers. Why would you go anywhere else?

"You've really got to almost like people to make them look good," Cooper says as he cleans up a client. "When you come in, you get a haircut, you feel better. That's a good feeling that you can give somebody that."

Cooper owns the shop that has sat on Community College Avenue for 11 years, and worked under the shop's name for more than 20. He started cutting hair at the shop's old location on 63rd and Quincy, after a friend got him in. Cooper knew nothing about cutting hair, but the idea of running his own business and being his own boss drew him to the profession.

It seemed as soon as Cooper mastered his craft, the business hit a snag. The shop burnt to the ground. Cooper was forced to look for a new location, but was met with more challenges. Before opening the shop now in the Arbor Park Place Retail Center, the shopping center's developer, Burton, Bell, Carr Development told Cooper he needed to present a business model that would be successful and bring in money.

"They didn't want to at first," Cooper explains. "It was like, what is your blueprint, what are your plans, how much are you going to earn? I never heard that."

That was a foreign concept for Cooper, who now credits the development company for never giving up on him and pats himself on the back for learning something new. He built the shop up from bare walls to the busy place it is today.

El Dorado barbershop runs mostly on walk-in appointments and offers almost every style. Keeping up with the trends is part of Cooper's daily routine.

"You know, you got to keep up with the new styles. They come in and want flat tops, they got twists. Haircuts aren't the same as they was 20 years ago."

Besides offering a fade or a flat top, Cooper is offering a home-away-from-home to many of his clients and neighbors of the shop. He gives free hair-cuts to someone down on their luck. He listens to his clients talk about their day; which ranges from sports, to women, to stopping the violence in the city. He lets kids make a few dollars cleaning up the store.

He wants the kids walking the same streets he did at their age to know they can be successful. He also wants his regulars of more than 20 years to know how valued they are. He whole-heartedly believes staying in the same community he grew up in, is truly his secret to success.

RELATED: HARDWORKING CLEVELAND | Inside the Tank at the Greater Cleveland Aquarium