It's a loss, but this one doesn't hit like other losses have. 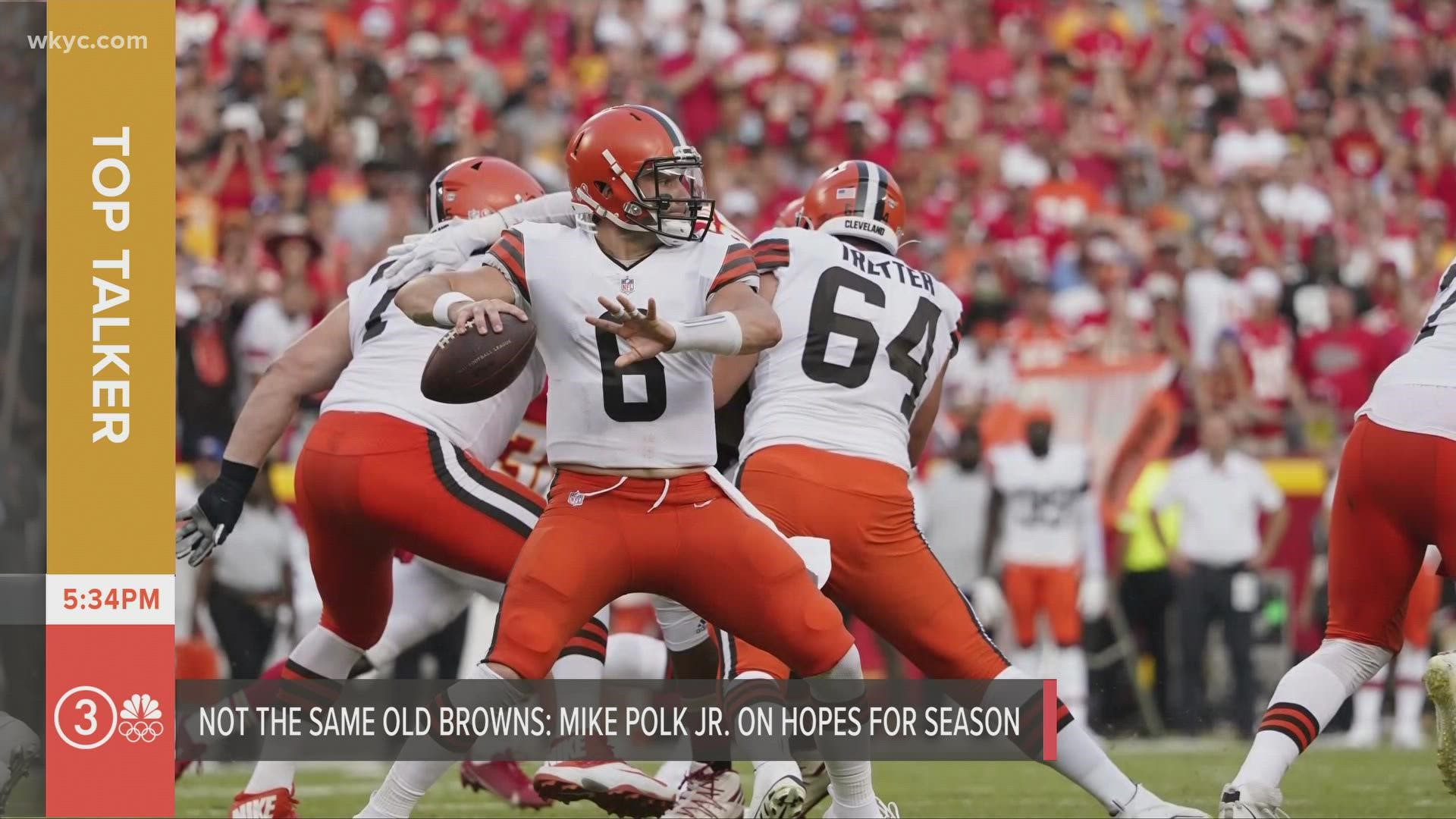 CLEVELAND — Well, there ya have it folks. Another Browns season opener ending in a loss.

This brings the grand total since the team's return in 1999 to the thoroughly traumatic record 1-21-1 in season debuts, so overall, not great.

As with all of those other losses, this one — of course — stung, but not in the same way.

Most cranky old dudes will tell you that "a loss is a loss" regardless of how you lose. It all looks the same in the standings, after all, but no matter what your surliest high school coach may have yelled at you, the manner in which you lose does actually matter.

Unlike many Browns openers, do you know what I didn't feel after this loss? Sick to my stomach. The kind of queasy sensation that one experiences upon bearing painful witness to the realization that the football team you follow and love is not only going to be bad again that year, but that they don't even look like they deserve to be in the league. Remember those days?

So rather than feeling dejected after losing yet another season opener, I think it might be helpful to reflect back upon some of our other first game losses so as to keep this one in proper perspective. Here are a few stand-outs from the tragic archives:

The team can hardly be blamed for losing their very first game upon their return to the league, but the fact that they lost by 43 and gained 40 total yards of offense was a grisly harbinger of the long road of misery that awaited us. Not a great debut.

The Browns actually should have won their opening game against the Chiefs this year, but managed to lose by a point after Dwayne Rudd was penalized for infamously throwing his helmet in premature celebration, assuming that the game was over. It was not. It was not over.

It probably wasn't a good sign of things to come when Brandon Weeden made his NFL debut in the 2012 season opener by immediately getting trapped under the American flag during the national anthem and then losing to the Eagles. I’m not a big believer in "omens," but at the very least this did little to inspire confidence.

These were not merely "losses"; these were lessons in humiliation that confirmed not just to Cleveland fans but to the entire league that the Browns remained a laughable organization that no one needed to take seriously yet again that year, and they were very much right.

But that is NOT the impression that anyone took away from the game yesterday when The Browns went into the house of arguably the best team in the league and gave them everything they could handle for about 3 1/2 quarters. Also worth noting that they did so WITHOUT the help of their most elite receiver AND with and new starters on defense.

So of course you're allowed to be disappointed, but don’t act like this is just the "Same Old Browns" losing yet another opener, because they weren't. They looked good, they looked fun, they looked dangerous, and they never looked like they didn’t deserve to be there.

Final point: I think it's also worth remembering just how far this team has come in such a relatively short period of time. Just a reminder: It was just three seasons ago that this team went 0-16. I remember because fans threw a parade to commemorate it.

Now, they're holding up their end. In fact, they're much more than watchable; they clearly have the potential to be truly special, and I'm more excited for this season now than I was before that loss.

All of that said, if we do lose to Houston and Tyrod Taylor next week, I’ll probably snap and just walk straight into the lake.

And that's where I’m at right now. Stay positive, folks. It's going to be a fun ride. Go Browns!