Mr. Sasquatch graced the outside of Jimmy's Backyard BBQ for six years before someone stole him recently. 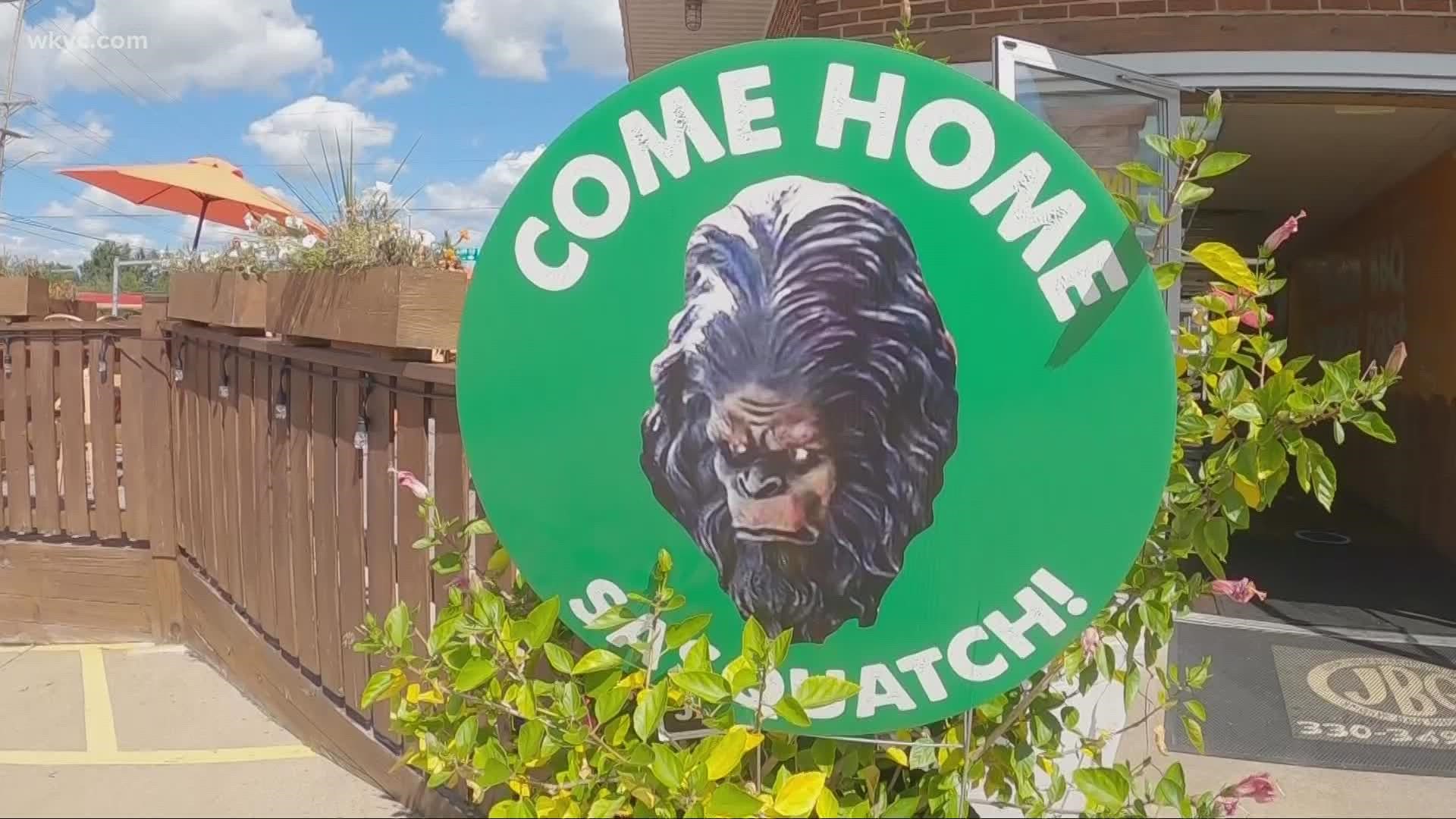 CUYAHOGA FALLS, Ohio — For ages, man has been in pursuit of the Sasquatch -- the legendary, ape-like creature purported to inhabit forests in North America. Its presence has been long-rumored, but never outright confirmed.

Now, residents in the town of Cuyahoga Falls are joining the hunt, this time for a known presence of Bigfoot -- a statue that stood outside Jimmy's Backyard BBQ, named Mr. Sasquatch. Earlier this month, someone drove up in a Ford Explorer in the early morning hours, unbolted him, put him in the car and drove off.

"He was bolted down with six-inch lag bolts!" exclaimed Jimmy's Backyard BBQ owner, Judy Blair. "I mean, they know what they were doing."

Mr. Sasquatch served as a welcoming ambassador not just to the restaurant patrons, but to all passersby who drove or walked past the popular local haunt. Understandably, the community is still reeling.

"Yeah, I didn't even know if I could order food when I pulled in, you know, he's that important in the community," said Marvin Montgomery, Jr., a patron of the restaurant.

"Well, my hope is that that the culprits are watching this right now. And they'll have a change of heart and bring Sasquatch back," said Marvin Montgomery Sr., who was there eating with his son.

Blair has no idea who would be motivated to make off with a Bigfoot statue, but as her restaurant is in the proximity of both Kent State and the University of Akron, she wonders if it may be part of a college hazing ritual.

The culprits were caught on multiple security cameras. The footage shows a 2002 to 2005 Ford Explorer and two men.

Blair says, she's offering a $1,000 reward and a free sandwich for the safe return of Mr. Sasquatch, no questions asked.

But, like so many Bigfoot hunters before him, Mike Polk Jr. came up short in his quest to find Mr. Sasquatch, but he says he won't rest until the statue is either found, or Mike tries everything on the menu -- whichever comes first.