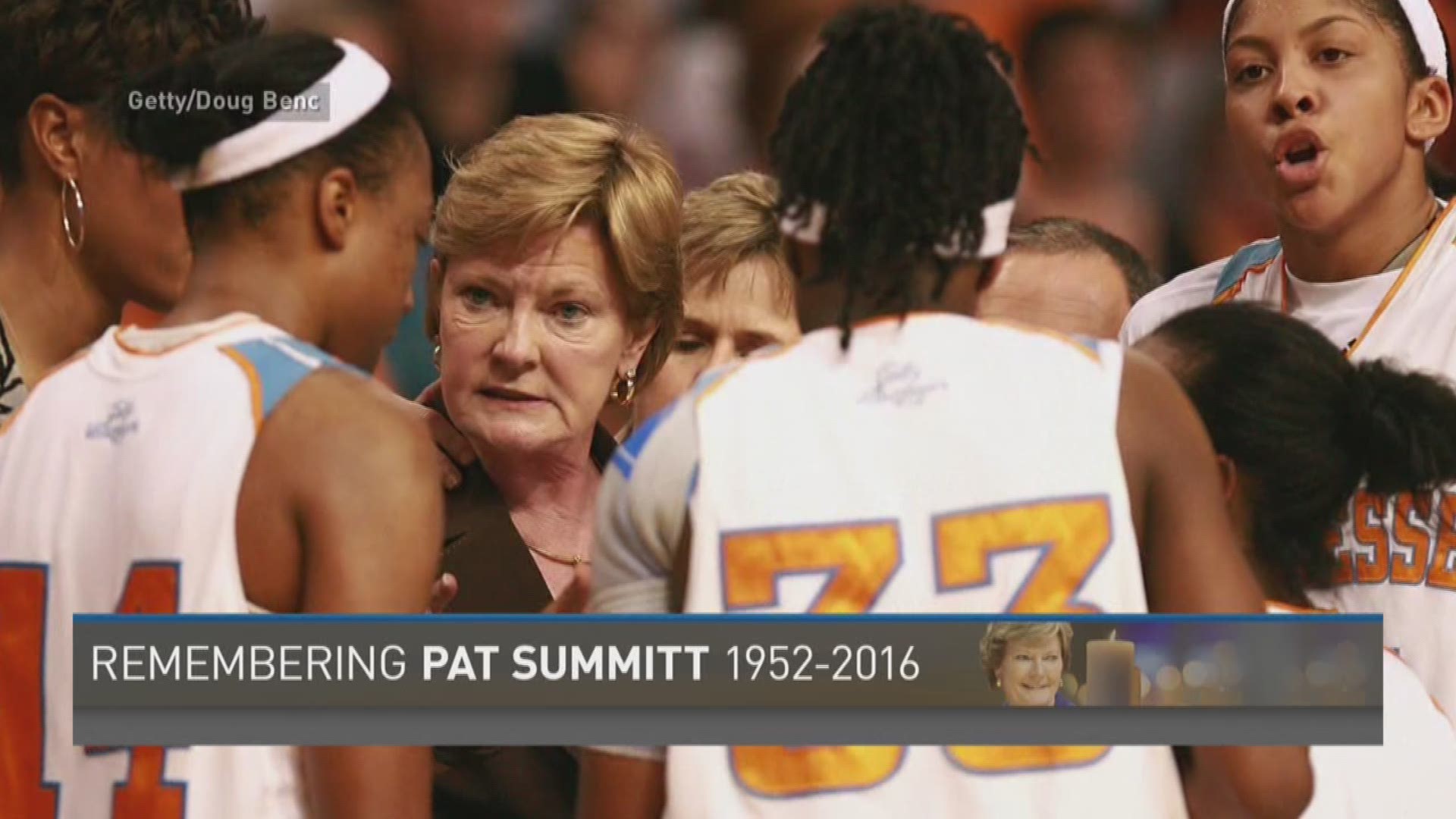 Pat Summitt, who died Tuesday morning after a battle with Alzheimer's, leaves behind a legacy of excellence and achievement that will never be matched, both personally and professionally.

Many people are sharing their memories and thoughts on the legendary Lady Vols basketball coach. To most who knew her, and many who didn't, she was simply the best.

Bob Kesling, the Voice of the Vols football team and longtime WBIR sportscaster, knew Pat for decades, first as a journalist, then as a friend and colleague.

"Dignity and class. Hard work. The stare. She had such drive to be good. to make sure only was she good, but her team was good. That's what separated her," he said.

"Excellence. That's what she stood for. She demanded it in herself, and demanded it for anyone associated with her program. And she got it. She got in a way that people wanted to be excellent for her," said Maria Cornelius, a journalist who just completed a book about Pat's final season at UT.

Her icy demeanor was legendary on the court, intimidating officials and opposing teams, and making sure her players did their best.

But off the court, it was a different story.

"The second she was done with practice, it was done. As soon as basketball ended for the day, she could switch it off," said govols247 sports journalist Wes Rucker.

"She'd have you over to her house,' said Kesling, "She'd cook you a meal."

"Her players loved her," said Cornelius. "She had such an impact in their lives."

It wasn't just basketball that bonded Pat and her players. She talked to them about their lives, their clothes, their boyfriends. They teased each other about fashion choices and had intimate talks about the troubles in their lives.

"Those are the moments they'll cherish forever," said Cornelius.

"She could tell when things weren't going well for you, She would be your biggest supporter," said Kesling."If you were one of her friends, in her close circle, your were really special and she treated you that way."

"She was an amazing mother," said Rucker. "Great family person. Great friend to her friends."

For those who weren't lucky enough to know her as a person, as a friend, there was her greatest legacy. We're proud of her championships, her winning record, and her many honors. But it was the way she brought women's basketball to the spotlight, providing countless opportunities for female athletes that didn't have it before, that truly set her apart.

"She is women's basketball. She is the University of Tennessee. She is the Lady Vols," said Cornelius.

WBIR will air a special remembering Pat Summitt Tuesday evening from 7-8 p.m. on WBIR and WBIR.com.