In 2011, Obama presented Lewis with a Presidential Medal of Freedom. 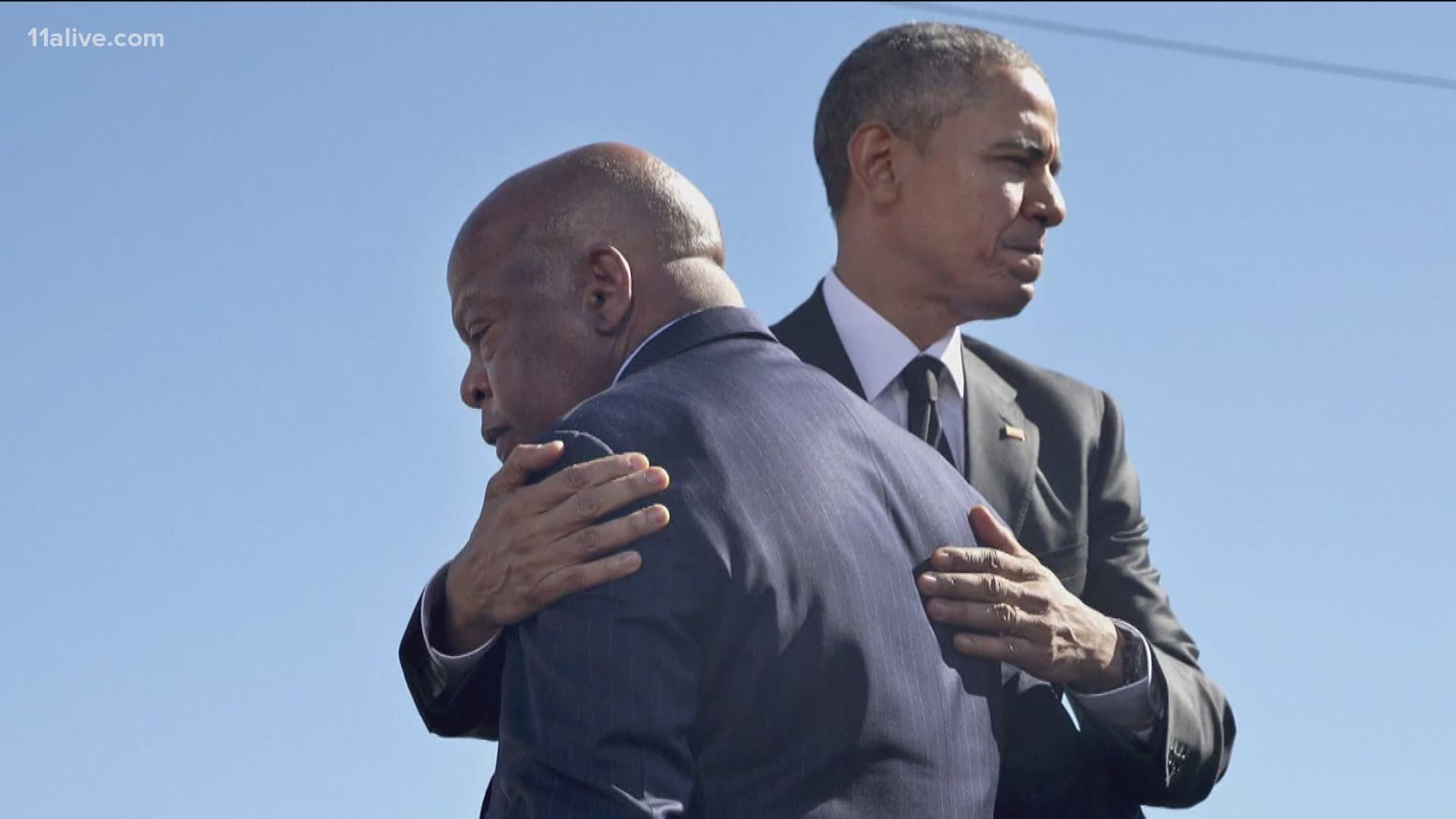 A source close to 11Alive says former President Barack Obama will deliver the eulogy. Further details on other guests at the celebration of life have not been released.

Obama has been know to credit the civil rights icon for helping him become the nation's first Black president.

In 2011, he presented Lewis with a Presidential Medal of Freedom.

In an article posted to Medium.com, Obama said Lewis lived an "exceptional" life.

"But he never believed that what he did was more than any citizen of this country might do. He believed that in all of us, there exists the capacity for great courage, a longing to do what’s right, a willingness to love all people, and to extend to them their God-given rights to dignity and respect," he said.

Lewis lied in state at the Georgia State Capitol on Wednesday. Prior to that, he made stops in Alabama and Washington D.C. on his journey back to Atlanta.

Lewis' service will take place at 11 a.m. at Ebenezer Baptist Church Horizon Sanctuary. Given COVID-19 precautions, this event is not open to the public.

An interment will take place at the South-View Cemetery.

With the former President's attendance, security will be extremely tight in the area. Between 9:30 a.m. and 1 p.m., the following roads near the church will be closed: Boulevard NE, Irwin Street, Edgewood Avenue, and Jesse Hill Jr. Drive.

The civil rights icon died July 17, 2020, after serving the people of the 5th district for 17 terms. The Georgia Democrat was 80 years old.

You can watch the funeral service on 11Alive, on 11Alive.com, and on the 11Alive YouTube channel.