'Celebrity' cat missing from Gale's Garden Center found six months later: How he was reunited with his family

Micro chipping is an inexpensive way to ensure your pets are returned to you. 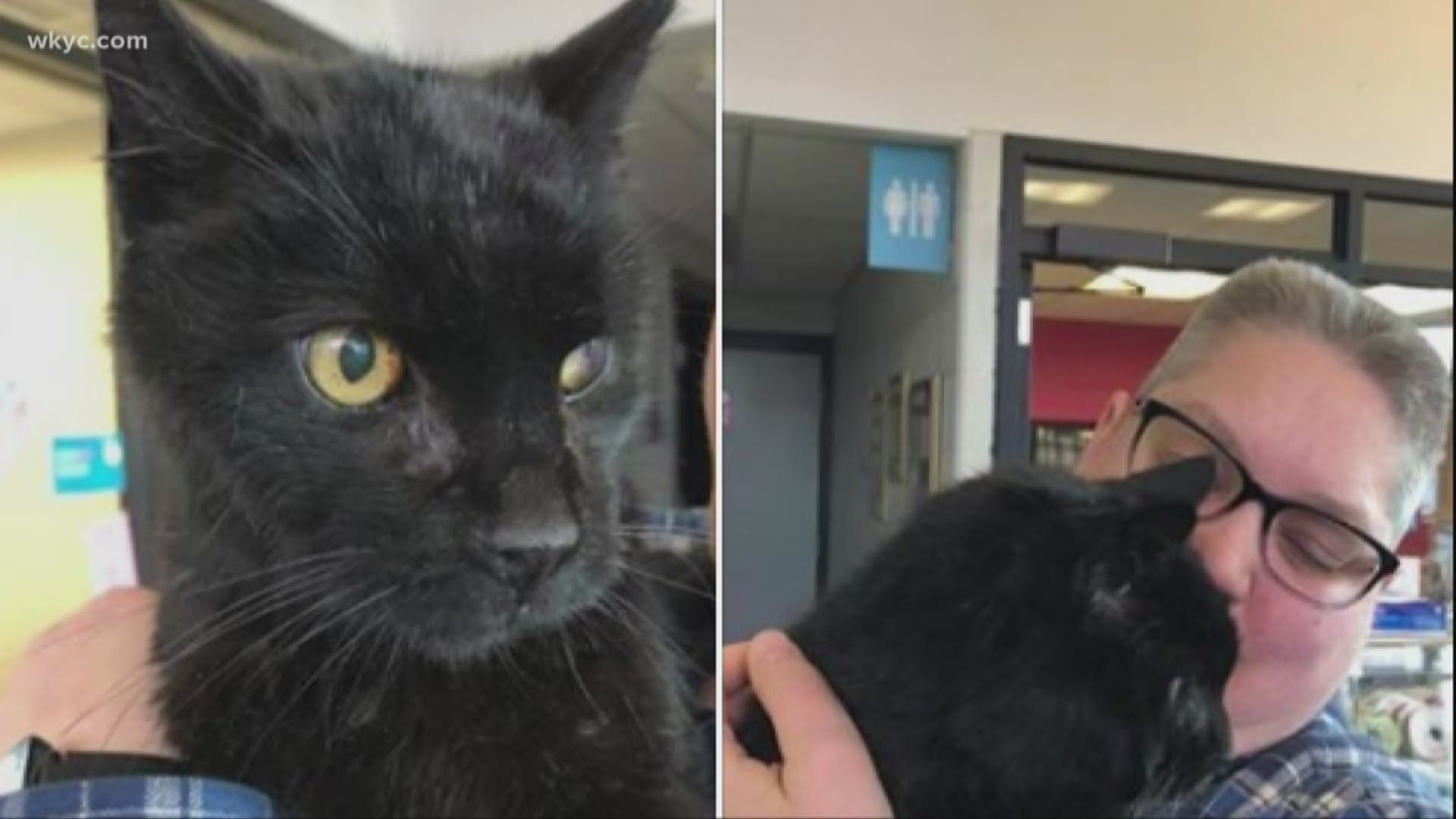 That’s not a scene in a movie, it happened in Westlake at Gale’s Garden Center.

Peatie the cat has been around for 10 years, lounging on furniture and entertaining customers at the store.

"They come in here, they ask for him by name. He's our local celebrity,” Kevin Mahoney, general manager, said.

Peatie was a customer’s cat years ago, but would always wander over to the store. Eventually the owner offered the cat to Gale’s Garden Center for good.

That was a decade ago.

Since then, Peatie has gained a loyal fan base and a very important job.

“He keeps out a lot of the rodents, the mice, chipmunks, stuff like that so when the cat's around, he steers them away from entering the building,” Mahoney said.

Six months ago, though, Peatie took himself for a walk and didn’t come back.

“After about four or five months we didn't hear anything, so we assumed the worst,” Mahoney said. “We unfortunately had to post something on social media saying Peatie has passed away."

After hundreds of comments and well wishes, customers and staff sadly moved on.

Little did they know, 40 miles away someone spotted the famous black cat and turned him in to a local rescue.

One of a Kind Pet Rescue in Fairlawn had him.

"I picked him up and he would just melt in your arms, super sweet cat,” Libby Weaver, cat manager, said.

Though there are theories, no one knows how he wandered around for six months and ended up in another county, but they do know how he was returned home.

“Microchip is a permanent identification that's just inserted right beneath the skin," Weaver said. “It's the size of a grain of rice, so it's pretty tiny."

With a quick scan, a pet can be reunited with its owners, near or far.

"There's so many stray animals out there and so many pets out there that do need homes, when they can get into their rightful home, it just opens up another spot for another animal in need,” Weaver said.

The little chip is what saved Peatie from ending up homeless or in a shelter.

“Whatever his journey was to get from there to here, it's so happy and wonderful to hear that he's able to get reunited and be where he's supposed to be,” Weaver said.

“It's so much a blessing and I would always recommend any pets, you chip your pets,” Mahoney said.

Microchips typically cost between $25 and $50.

Ask your veterinarian for more information on when your pet can get one inserted.