Creature the cat has found a home. 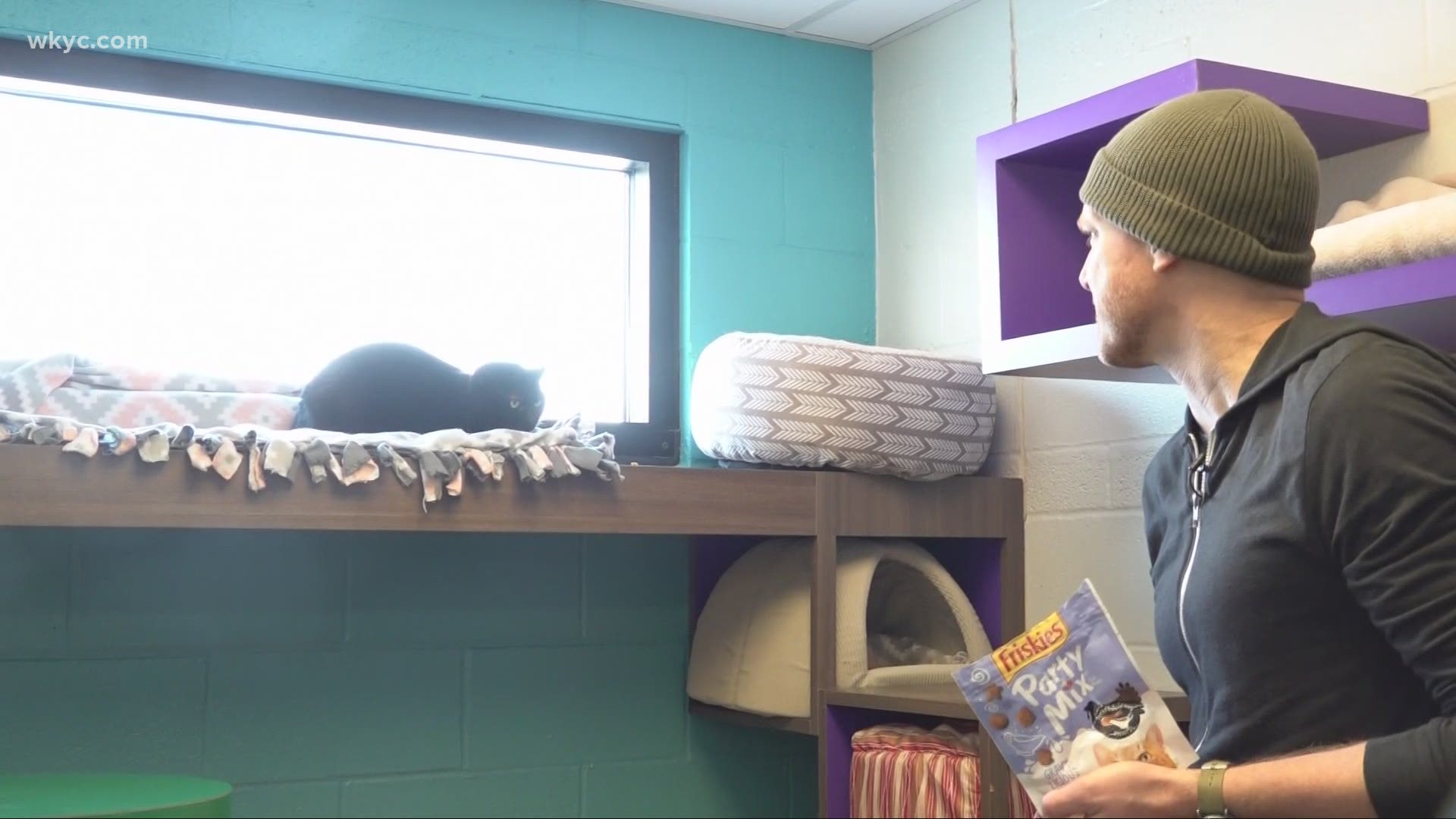 SUMMIT COUNTY, Ohio — Editor's note: The video in the player above was originally posted on Feb. 4th, 2021.

One of a Kind Pets in Akron had been brutally honest about Creature the cat in her adoption personality profile on the rescue's Facebook page, calling her "not warm and cuddly" and "not cute and loveable." The rescue also said "she can’t stand affection and really thinks we are all just the annoying source of her food." But now, we're happy to report, despite her grumpy demeanor and that brutally honest description, Creature the cat has found a home.

One of a Kind Pets posted the good news on its Facebook page Monday afternoon, simply saying, "Creature is going home!"

According to the cat's description on the rescue's website, Creature was found in Portage Lakes as a stray. She is about six years old. They believe she was likely on her own for a majority of that time. They also said "Creature prefers not to have company of any kind. She doesn't care to socialize with the other kitties in her room, and definitely doesn't care for human affection. Creature would most likely be a good mouser. She would make a nice barn cat as well."

No other information about Creature's new owner was given, but we hope she enjoys her new life.

There are dozens of dogs, cats and other animals up for adoption through One of a Kind Pets.