A young girl who's had to process multiple deaths in her family, finds an unusual friend at her farm. 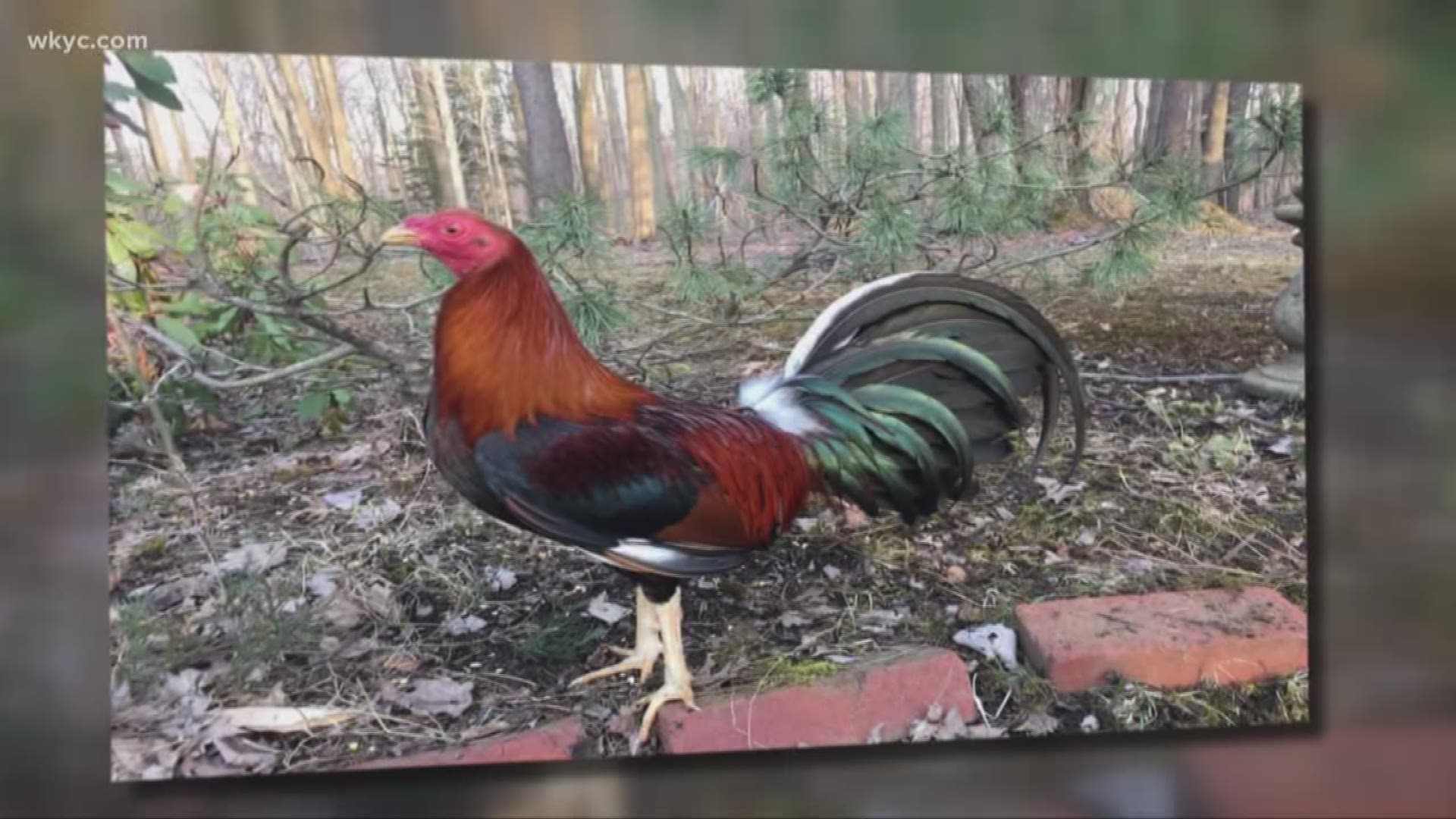 ORANGE, Ohio — Feeding the chickens, checking on the hens and making sure all the animals are safe is a daily routine for Natalie Morris and her daughter.

Though the chickens are not family pets, there’s one exception for the rooster that protects them all.

RELATED: 'Celebrity' cat missing from Gale's Garden Center found six months later: How he was reunited with his family

Yondu, the ex-fighting bird, was a rescue who’s now settling in quite nicely to life on the farm in Orange Village.

“The biggest issue with chickens is that they are prey, and everything wants to eat them,” Morris said. “The rooster is very important for keeping them safe.”

He not only warns the hens when hawks are overhead, he also found a somewhat unlikely friend in Ronnie, a 7-year old girl.

“Although it sounds like a fighting bird would be the least likely that you'd want to have around your children, they're actually super friendly because they've been bred to not attack people,” Morris said.

Turns out, Yondu was adopted through Happy Trails Farm Animal Sanctuary, but the timing of the adoption didn’t start from a happy place.

Two summers ago, tragedy hit their home and stayed for a while.

“We had a dog, she was getting old and sick and finally had to make the decision to put her down,” Morris said. “That was the Wednesday before Easter. The Wednesday after Easter, I got a phone call from my mother-in-law who said that my husband's dad had passed away.”

“A month after that, my mom was diagnosed with cancer and was gone a week later.”

Ronnie witnessed how quickly life and death can unexpectedly collide.

“I think because we had chickens and ducks, and we had gone through the loss of them, I think it was a concept it was easier for Ronnie to understand."

She had to grasp some hard lessons at a young, innocent age.

“Appreciate everything, from the dog that you kind of forgot was there to love you every day to spending extra time with family and friends,” Morris said.

The rooster was named after a Guardians of the Galaxy character, proved to live up to his name, guarding a little girl’s trust and his new family.