The dangers for dogs during trick-or-treat and Halloween

Here are three simple reminders when it comes to your pets during Halloween. 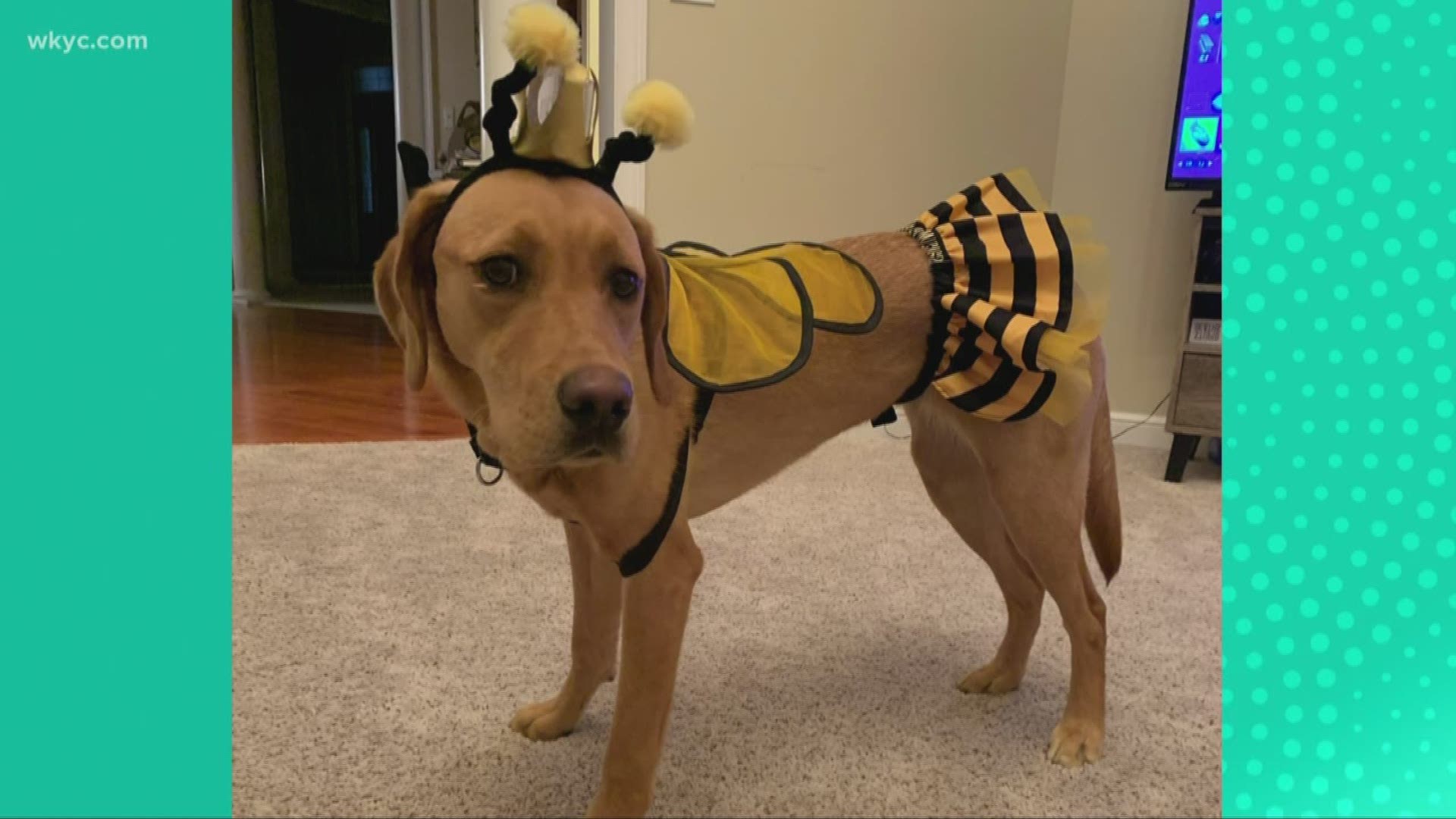 CLEVELAND — While Halloween is fun for your family, it can be an absolute nightmare for your pets.

And those masks could also spook your pet so much that it runs away.

"Some people, they like to have their dogs at the door for trick-or-treaters and stuff, but if you open the door and they’re not on a leash or anything and they’re scared, they might dart and run away."

Finally, it's important to make sure your pets can't get anyway near that pumpkin pail that's filled with Halloween candy.

"Chocolate is very toxic for dogs," DeLorenzo said. "You definitely want to be careful of that, and be careful of the wrappers, too. All that’s just not good for them. Definitely keep an eye on everything they are trying to get into."

This year, Roxy is going to be a bumblebee -- and she loves it!

“We didn’t want anything too restricting for her," DeLorenzo explained. "A lot of animals don’t like costumes. Just to try it out, we figured like a tutu and something on her head would be good to start. She actually really liked it, she just didn’t like the thing on her head. We just got a picture and took it off, but everything else she liked.”

RELATED: Report: 'Hocus Pocus 2' is currently in development for Disney+