Many owners have already learned the lesson in a painful way. 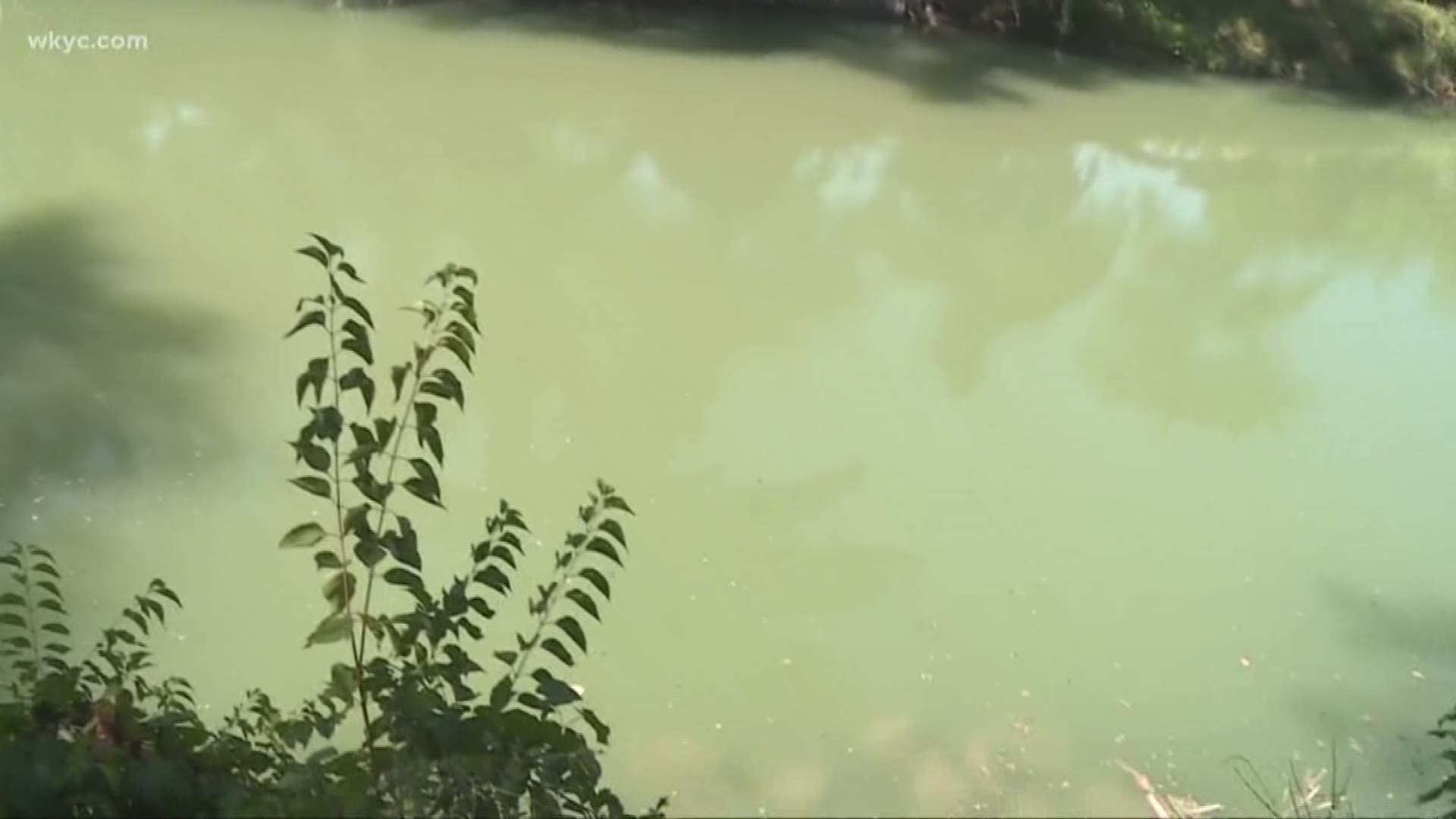 CLEVELAND — If you let your pet swim in area lakes, be warned. There's already an advisory at Maumee Bay State Park near Toledo.

You've heard us talk about the toxic blue-green algae blooms in Lake Erie. Now we know it poses a serious, even deadly risk to pets.

Many owners have already learned the lesson in a painful way.

RELATED: Couple shares warning on toxic algae after dog dies less than an hour after visit to lake

In a number of states, people have reported their pets becoming sick or dying after coming in contact with blue-green algae in lakes or ponds. The algae blooms are common in the hot mid-to-late summer months in nutrient-rich water.

Because it floats, it's not uncommon for algae to be blown to shore and easily accessible to pets.

Dr. Murl Bailey is a professor at the Texas A&M Vet School in College Station. "If the animal drinks it in, it can be dead in a minute or two," he says of blue algae poisoning.

And it's not always easy to see, either.

"You can't just look at water and say, 'oh, it's got blue green algae in it' because it may be completely clear, but the toxin is still there," explains Dr. Bailey.

But that tell-tale scum on the surface is a clear warning. And a standard rule should be immediate clean-water baths right after a swim.

According to the Pet Poison helpline, there is no antidote for the toxins produced by blue-green algae. Which is why if you suspect your pet has been exposed, get them immediate veterinary care.

Remember, the algae can also be poisonous to cats and livestock.