From a flamingo to a hippie to Bob Ross and Mr. Rogers, Christine Guy turned trash day from a dreaded chore to a fun event 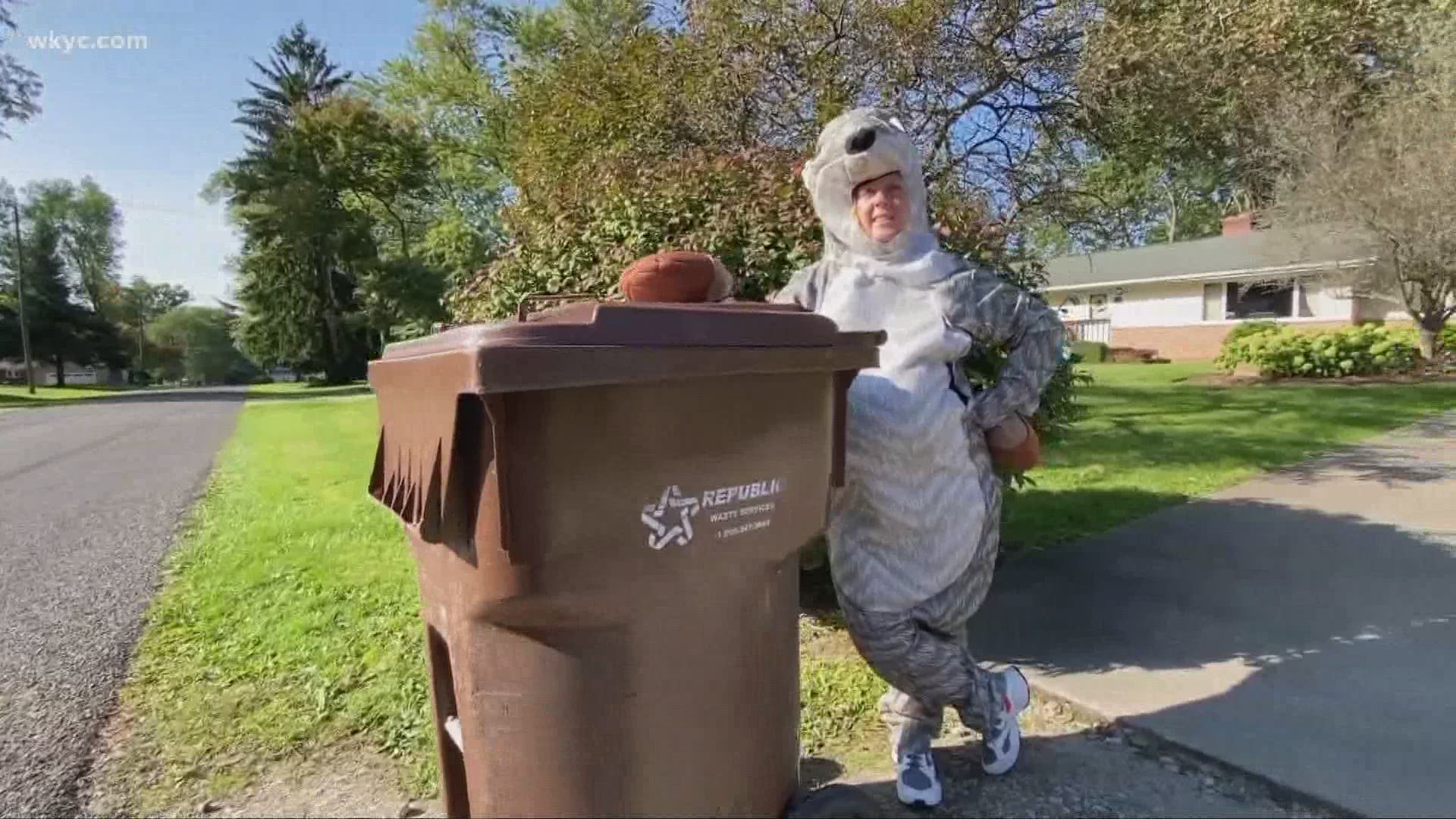 PORTAGE COUNTY, Ohio — Let's be honest, 2020 has been pretty trash.

Christine Guy would agree with that.

"It has been trash!" Guy laughed.

Like so many, she was out of work for weeks. Both the restaurant and salon she works at closed due to COVID-19.

"There was nothing to do."

On top of that, there was also the unexpected passing of her mother.

"It was terrible," she said. "We found out on a Tuesday that she had liver cancer and she died on a Saturday. Just that quick."

Needless to say, she needed a way to boost her spirits.

So what Guy did was look to an unlikely source: The weekly trash.

A friend dared her to take the trash out in a costume and Guy put her money where her mouth is.

"Every Monday night, I switched up a costume and took the trash out."

She has walked the garbage to the curb dressed as a flamingo, a hippie, Bob Ross and even Mr. Rogers. All of which are Halloween costumes she's collected throughout the years. A trash day trend she's been doing for 20 weeks.

"It made me laugh," she said. "It made my friends laugh. It just became a thing and it's still going."

Entertaining her neighbors and friends, it also gave her something to look forward to each week during a tough time.