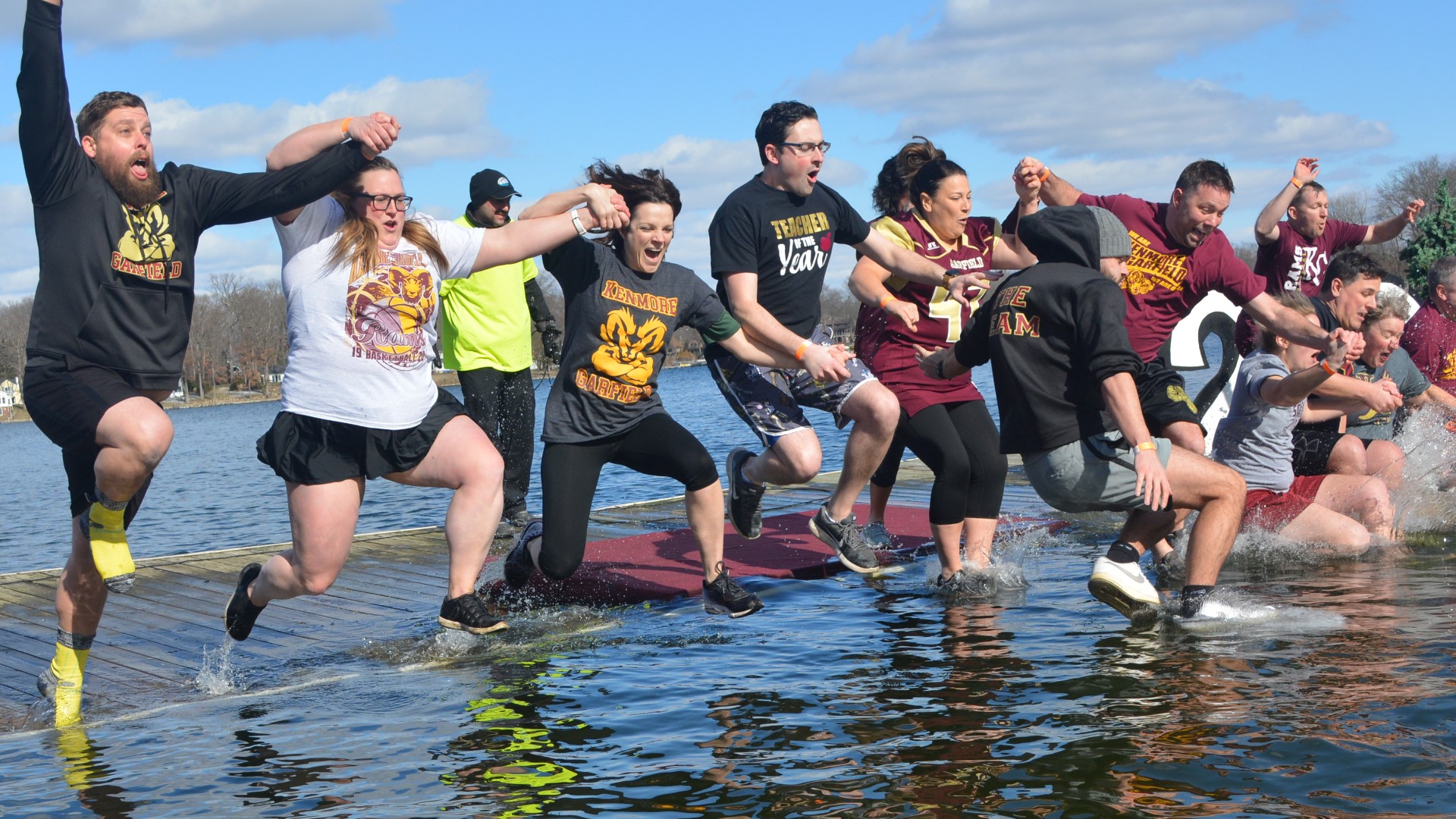 PORTAGE LAKES, Ohio — Although it was a bitterly cold winter afternoon, more than 750 people packed the beach at Portage Lakes State Park to go for a swim.

These brave souls traded their winter coats for bathing suits and flip-flops Saturday at the 17th annual Portage Lakes Polar Bear Jump, which raised more than $170,000 for the Ronald McDonald House of Akron and the Akron Rotary Camp.

For those skipping traditional beachwear, many adorned their bodies in goofy costumes, while taking the wickedly cold dip.

The icy stab surging through their bodies brought some hilarious reactions as many raced with numb bare feet to get inside a warming tent.

The air temperature was right around 30 degrees when the jump started at 2 p.m. The water, meanwhile, was a balmy 36 degrees -- a frigid contrast to three years ago when Mother Nature kissed Northeast Ohio with near 70 degrees for the February jump.

But hey, at least the sun was shining.

Since its inception, the Portage Lakes Polar Bear Jump has raised more than $1.5 million for local charities.

PHOTOS FROM THE POLAR PLUNGE...